In this tutorial, we will learn about the ‘readonly’ command.

Using the readonly command, you can assign a particular value to a variable that can neither be changed nor modified by subsequent assignments nor be unset.

To get further help with its usage you can use the command: 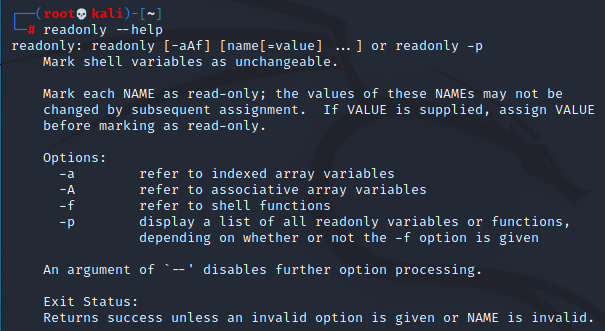 Example of the usage:

Let’s now start writing a shell script where we will first assign a value to a variable, make it readonly, and then try to change its value again. 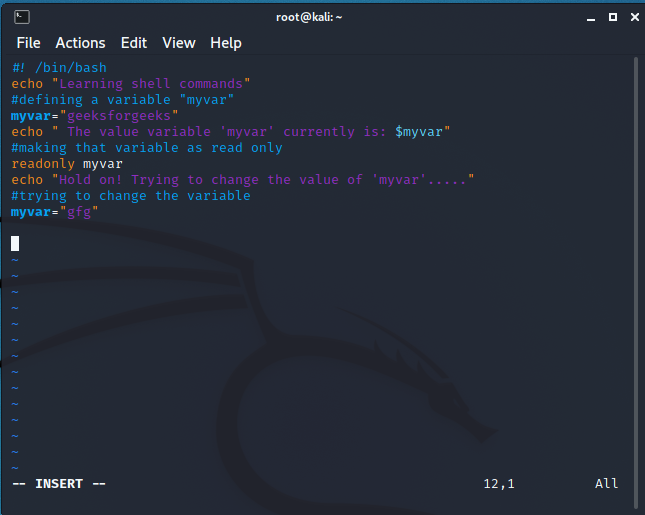 After you run the script you can see that you will get an error at line 10, where we tried to change the value of the variable.

Additionally, you can also use -r flag along with the declare command to set a variable as read-only.  To learn more about the ‘declare’ command, refer to this article: declare command in Linux with Examples

If you will now run the below command: 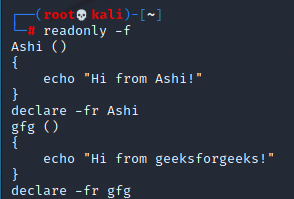 Similarly, If you run the command:

Unsetting or modifying a readonly variable

In the example script ‘gfg.sh’ above, we have seen that the value of a variable marked as readonly cannot be modified.

Additionally, the value of readonly variable cannot be unset by using the ‘unset’ command.

Setting a variable as readonly helps you protect your variable from any further modification and improves code readability. Note that when the variable marked as readonly in a session is exported in another session, its value can be changed. 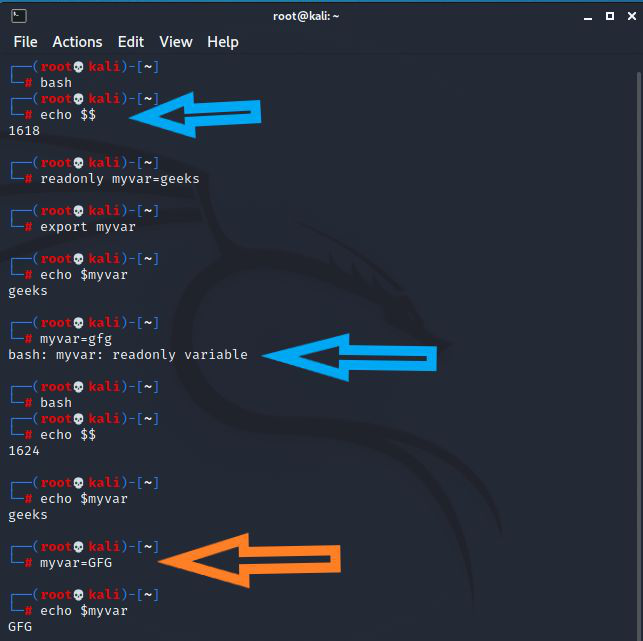 When we tried to modify the value of variable “myvar” in the current shell (Shell with PID as: 1618) it gave an error. But when we exported this variable to another session (PID: 1624), its value was successfully changed or modified.