Linux provides users a great cool feature of the command-line tool along with a graphical user interface where they can perform tasks via ruining command. All of this command returns a status according to their execution. Its execution value can be used for showing errors or take some other action in a shell script.

Exit status is following according to their execution

Exit status: Every Linux command has exit status after execution. Its value can get by calling $? ( shell variable ). It gives the value of previous executed command.

To write the script code for this follow the below steps

In the first example will show the inserting book name in the database ( gfg.text). 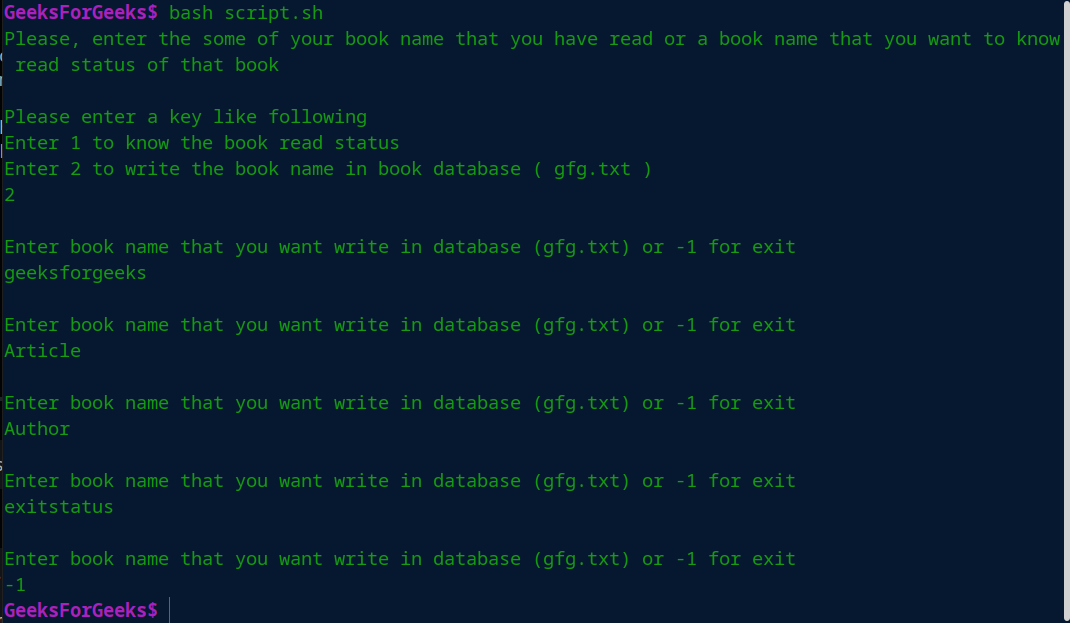 In the second example will know about the check the book read status ( internal checking using grep command and exit status): 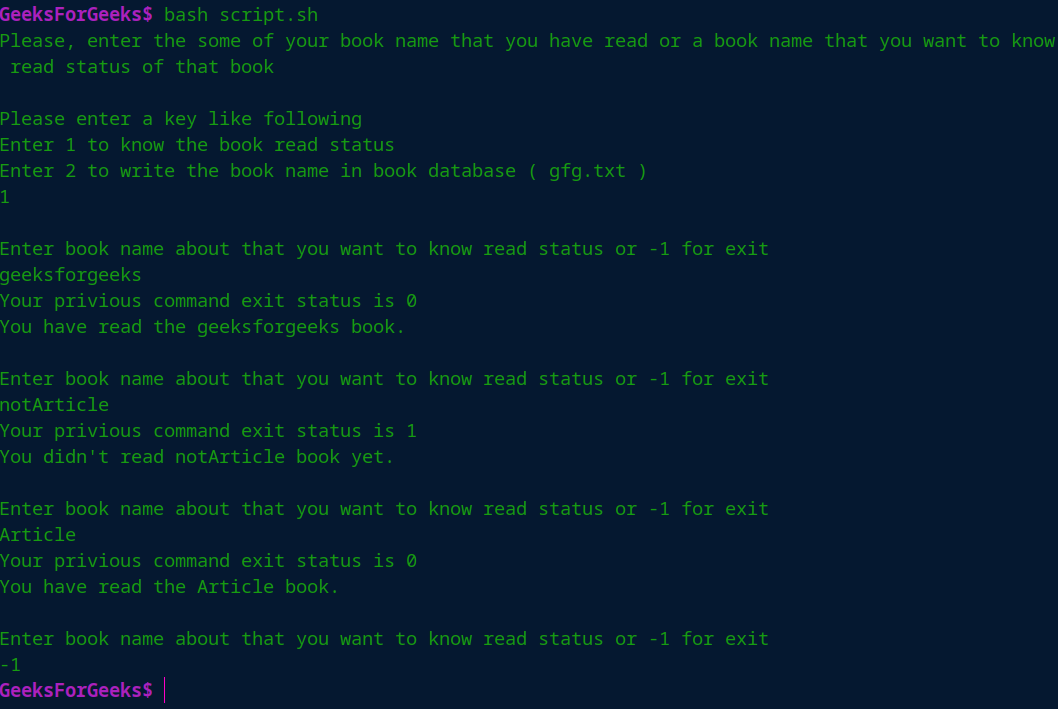