Seven segment displays are the output display device that provides a way to display information in the form of images or text or decimal numbers which is an alternative to the more complex dot matrix displays. It is widely used in digital clocks, basic calculators, electronic meters, and other electronic devices that display numerical information. It consists of seven segments of light-emitting diodes (LEDs) which are assembled like numerical 8.

each display unit is usually has a dot point (DP).  The display point could be located either towards the left or towards the right of the display pattern. This type of pattern can be used to display numerals from 0 to 9 and letters from to F hexadecimal digits. 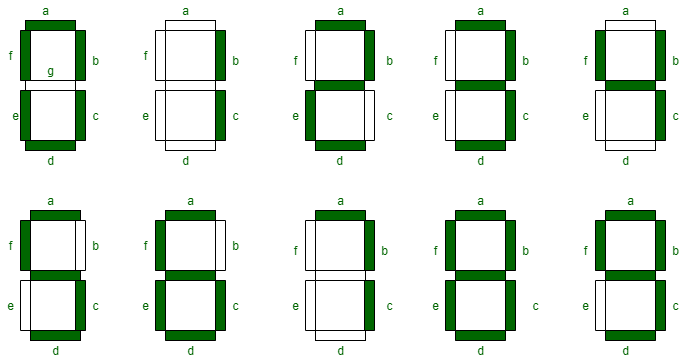 We can produce a truth table for each decimal digit 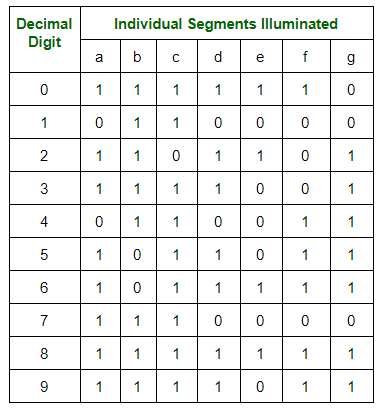 Therefore, Boolean expressions for each decimal digit that requires respective light-emitting diodes (LEDs) are ON or OFF. The number of segments used by digit: 0, 1, 2, 3, 4, 5, 6, 7, 8, and 9 are 6, 2, 5, 5, 4, 5, 6, 3, 7, and 6 respectively. Seven segment displays must be controlled by other external devices where different types of microcontrollers are useful to communicate with these external devices, like switches, keypads, and memory.

According to the type of application, there are two types of configurations of seven-segment displays: common anode display and common cathode display.