Distillation is preferable where both solid and liquid have to be extracted from the solution. Also known as simple distillation, it is based on the differences noticed in the volatility and corresponding vapour pressures observed in the components of a mixture. 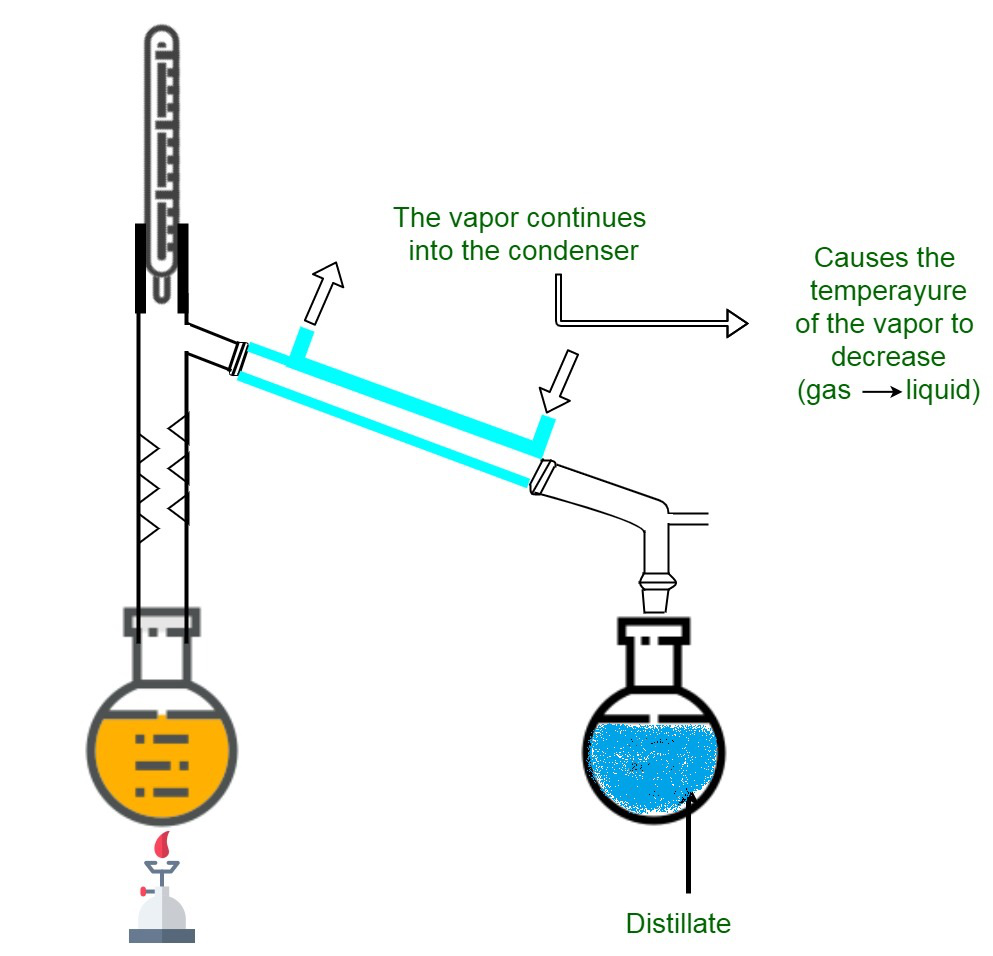 The process of distillation basically uses the following apparatus:

Fractional Distillation is used to separate miscible liquids that are volatile in nature. The boiling points of these liquids are close enough. The fractionating column apparatus is used to simulate the separation. Also known as rectification, since the vapour is condensed partially and returned as a liquid. It is basically a process where the vaporisation of a liquid mixture gives rise to a mixture of constituents, followed by the extraction of the required component in its pure form.

Question 2. Is it possible to purify a mixture completely on the basis of distillation?

It can be proved with the help of distillation that seawater contains salt. When the seawater is boiled, the water molecules contained within it evaporate from the surface in the form of steam. They are then condensed at the cooler part of the beaker. As a result of this, all the water evaporation takes place, leaving only salt behind as residue.

Question 4. How do the obstructions in a fractionating column help in fractional distillation?

Question 5. What happens on increasing pressure in a distillation column?

Question 6. What are the constraints under which the process of simple distillation be performed?

Simple distillation can be carried out for:

Question 7. Explain the nature of the residue at the bottom of the flask.

The process of distillation is performed for the mixture of liquids that have a sufficient difference in their corresponding boiling points. Therefore, the residue at the bottom of the flash should be non-volatile in nature.