scriptreplay command in Linux with Examples

scriptreplay command is used to replay a typescript/terminal_activity stored in the log file that was recorded by the script command. With the help of timing information, the log files are played and the outputs are generated in the terminal with the same speed the original script was recorded. The replay does not run the command again but it only displays the same information once again, thus scriptreplay must be run on the same type of terminal the typescript was recorded in order to work properly.
By default, the replay displays the information stored in typescript file if no other filename is specified.

Example: To replay a recorded script with script filename as geeksforgeeks and timing output file as time_log. 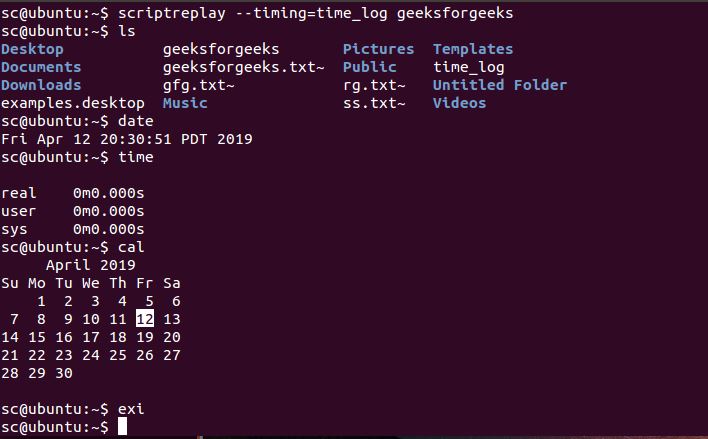