Scratch is an event-driven programming tool developed by the Lifelong Kindergarten group at MIT in the media lab to create your own games, visual programs, interactive stories using building blocks. To create a program in Scratch we do not need to write code to perform operations. In Scratch, the operation is performed just by drag and drop, similar to visual basic. It is a very good tool to start your programming.

What is Scratch Script?

Scratch is visual programming to create your own games, stories, and animations. The set of instructions that is used to program in Scratch is called a script. It is a stack or collection of blocks that connect with one another. The blocks of instructions are nicely ordered to perform a specific task, as they determine to interact sprites. It’s a good way to add comments in the script to define what is being done. In Scratch, a sprite is an actor or main character of the program or a graphic element that performs all the activities that are given in the script.

Use of Scratch Script:

In a Scratch, a script fragment is known as an incomplete script, which means a script that has no hat block. in normal execution, script fragments will not run because there is not a hat block available to start the code. They are generally used to create thumbnails because it has the ability to show sprite that is not visible while normal execution of the program. They are generally stored in the backpack(it is a special feature that stores user’s projects) and easily appear on a hat to run the code. Every block present in the editor is the script fragment.

In this example, we will create a scratch program to move the logo 30 degrees clockwise.

Step 2: Drag the “when space key pressed” block from the event block on the script.

Step 3: Now drag the “forever” block from the event block and place this block under the “when space key pressed”.

Step 4: Now drag the “wait” block from the event block and place this block under the “forever” block.

Step 5: Now drag and place “turn degrees” block from the motion block under the “wait” block. Now change the value from 15 to 30 degrees clockwise. 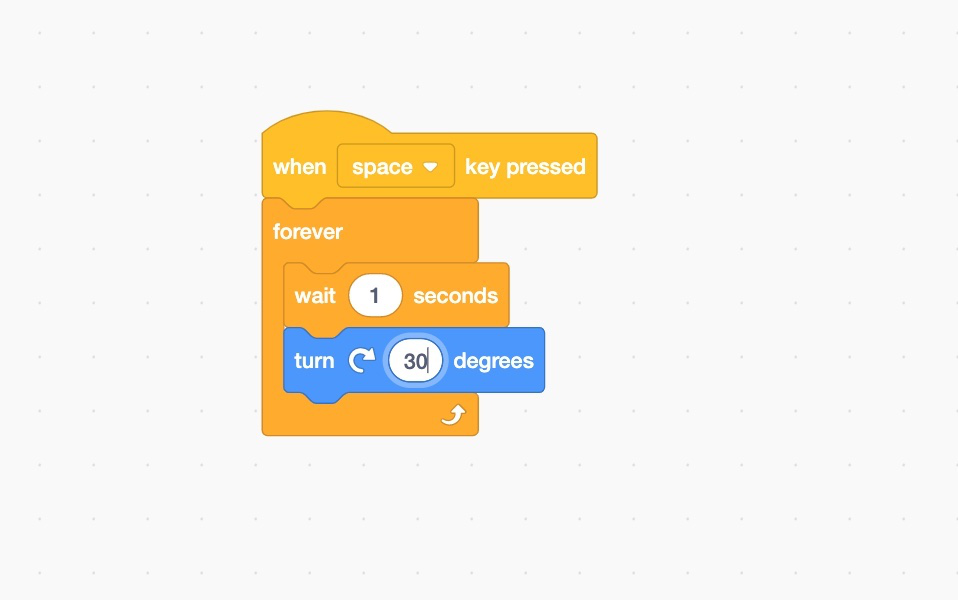 In this example, we will create a Scratch program to better understand the Scratch script. Along with an example, the live project link will be attached and also used through a webpage using an iframe. This program is designed in Scratch with some simple scripts. We will understand every aspect of this program.

Step 2: First, we used an event, i.e., “When green flag” from the events section. It declares that our program will be executed when we click on the green flag (execution button).

Step 3: Drag a forever loop from the controls section. It is similar to the for loop like other programming languages. The iteration of the program is done by this forever loop.

Step 4: In the next step, we take four conditions according to the arrow to control our program. It defines the sprite (cat) will be moved-in a specified direction with a meow sound. 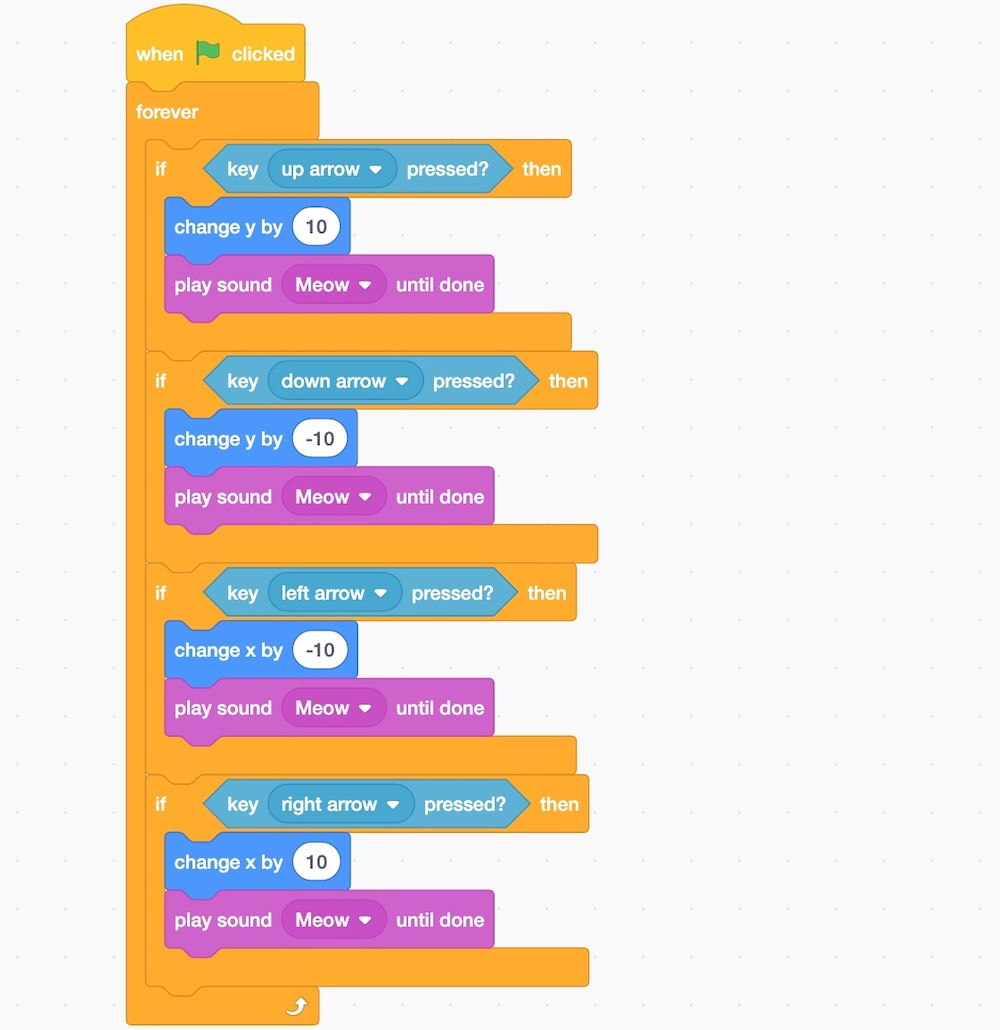 My Personal Notes arrow_drop_up
Next
Introduction to Scratch Programming
Article Contributed By :