Let’s suppose we are reading some content from a source like websites, and we want to save that data on our device. We can copy the data in a notebook or notepad for reuse in future jobs. This way, we used scraping(if we didn’t have a font or database, the form brute removes the data in documents, sites, and codes).

But now there exist many tools for scraping one site. However, this example was choosing Scrapy for scraping Python Site. Scrapy is a framework that extracting data structures or information from pages.

Firstly we have to check the installation of the python, scrapy, and vscode or similar editor on our computer. After that, we can choose two manners to start the project. At first which an operating virtual environment(in python venv or virtual environment is ambient of development) whereas in the other method does not use virtual environment.

With venv: In this case, was used the command source for entering tho mode venv and install scrapy in this mode.

Without venv: For the application was used the commands pip, pacman for building the packages.

In this part, after installation scrapy, you have a chose a local in your computer for creating a project Scrapy, and open the terminal and write the command scrapy startproject [name of project], which creating project scrapy.

With venv and Without venv:

After creating the path of the project, they are necessary to enter it.

command cd to enter in path of projects –> cd example_gfg

In the project is a path called spiders. According to documentation, they create the spiders to which realize scraping in sites.

Each spider has a name, start_url, and function methods.

We use parse method and call this function, this function is used to extracts data from the sites, however, to scrape the sites it is necessary to understand the command response selector CSS and XPath.

Into this loop, we used yield(yield is a word reserve in Python which is similar to a stopped temporarily in function or frozen) to create a dictionary with the name, date, and link of events.

Scrapy had a shell with could tested command selector CSS.

Without venv and With venv:

Without venv : We should enter the path of the project or spider for executing the command.

With venv: We could execute the command in any path if we are in mode venv.

We can store the data in a file, with the commands below: 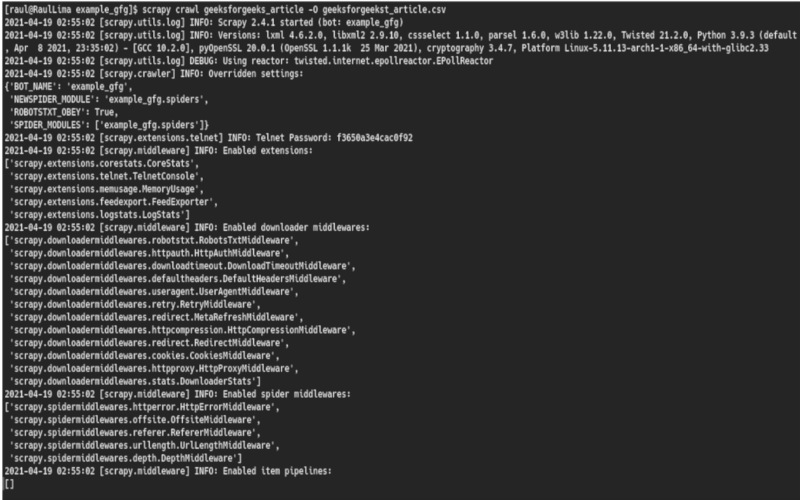 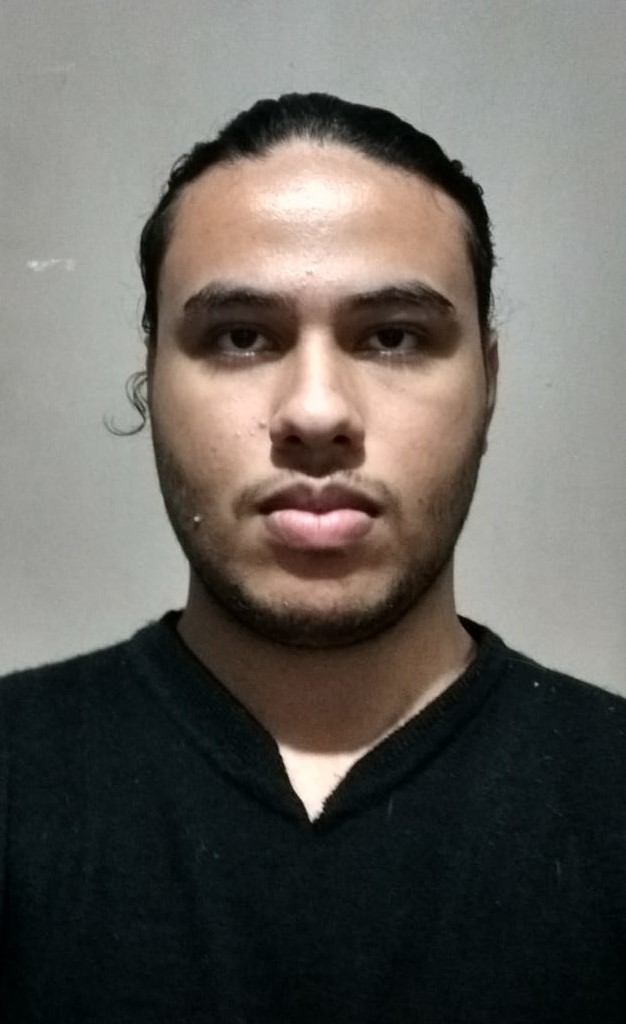