Schlumberger posted a opening at FirstNaukri portal For MCA, also coordinated with our TAP to get people. Actually, it came in 6th semester when we all were on internship. Two profiles were there Associate sustenance engineer and Associate data Engineer. I applied for sustenance one as I was doing intern in Devops.

There were three rounds all were telephonic and a confirmation call from team lead.

Round 1: Coding and Aptitude

It was online round conducted on FirstNaukri portal itself, that contained 60 MCQ’s including aptitude and CS fundamentals, and one coding questions for 2 hours.

Questions were not that difficult, and in coding I was asked to convert the given floating number to the equivalent decimal and floating part, where the floating part will be represented as least reducible fraction.

After this round, communication check was done from FirstNaukri portal itself, and out of 5-10 people 3 were shortlisted for further rounds.

Introduce yourself, Asked about projects mainly the one which I did on python facebook sentiment analysis.
What sentiments did you analysed give brief and how have you done it?

Asked about languages to which I said cpp and python. Then he started asking questions in Cpp, Abstraction real life example
Polymorphism how you achieve it in cpp to which i answered function and operator overloading then he asked about function overloading And virtual keyword, Static and dynamic binding.

You know python right, what’s difference between a module and a package,  how do you use a module in your program.?

About internship to which I answered part of Devops team and tools which I’m using. Then asked some questions over linux and bash scripting as I was working on Linux. Basic linux commands
There’s a file you need to print the lines containing a pattern along with line number. To which i answered partially using grep and pipe so he was okay with it.

Some questions related to databases, Types of join in sql. Foreign key.

Then asked there are two tables suppose payment and order and you need to join them how you will do it…to which I answered common attribute should be there in order to join them.

At the end he asked can you work in shifts to which i said here at internship too I’m working in shifts so I think it won’t be a issue for me.

After, Technical-I, it was sudden call after 5 minutes, initially I was surprised I even said to the interviewer that I just gave an technical interview, to which he said this will be again technical. It started with my introduction, then he asked me about my intern role, and the organisation. Then he told me that they wanted to me offer role in data engineering as per my resume and qualifications, although I applied for sustenance engineering, so I said no problem data science would also be fine.

He then asked me to reverse a Linked list, I gave the answer using three pointer approach. Then he moved to data science, please tell me what is data science and any algorithms you have studied. To which I answered, Sir have not done many things, and also I did some project earlier, just remember have done some regression analysis.

Then, he asked me about the steps involved during the analysis that we done.. to which I answered…2-3 steps that I remembered that time..collecting the data from various sources, doing feature extraction over raw data and preprocessing rest I don’t able to recall right now … he said no problem he then told me the rest of the steps.

Then he asked me some linux commands.., what is scp, how scp is different from cp, there’s a file you need to fine the lines containing your name, this I answered partially using grep and pipe.

Then he asked which database have you worked on, to which I said Oracle database, okay so tell me one merit and demerit of oracle db.

At the end, he gave me a scenario that you’re stuck somewhere, your car is down all four tyres are punctured, you cannot call someone phone is dead, there’s no mechanic and you have all the equipment with you to turn the car on wheels again…so what you will do…I fix the tyres…okay, how you will do it…to which I said I don’t have car, don’t know how to fix it…he said fine no problem…that’s it from our side. It went for around 25-30 minutes.

It was a hangout call, just after half an hour of my technical interviews on the same day, HR was quite friendly. She started with introduce yourself, asked about my schooling and my family members and background that i belong to. Then asked about the projects that I did during my MCA, was it done solely or in team, what part did you play as a team. Then some common HR questions,

How do you keeping yourself updated with the new technologies in the market?

Do you think risks are important in life.?

What initiative have you taken apart from your responsibilities?

Are you willing to relocate to Pune?

Okay, that’s it from my side… she said wait there will be one more call before we take final decision on you.

It was not a round, but a call from Team lead, he asked what you’re doing currently as an Intern, to which I said that I’m currently part of the Devops Team, where we monitor and maintain whole of the data pipeline from development to deployment using Jenkins, and cloud provider is AWS. Okay, so what is Devops he asked, to which I answered it’s a practice where we speed up the software delivery process.

So don’t you think you are taking risk shifting from devops to data science and how often do you take such risk? To which i replied Sir currently I’m an intern and open to explore every opportunity at comes at my doorstep, not just that I’m also fascinated by Data science as also have done projects during my studies, he was satisfied with the answer at last he asked what do you understand by data Science/ML.

Out of us Three, only I got selected. 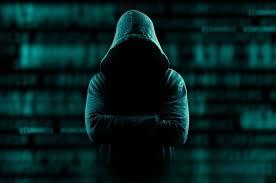