In this article, we are going to schedule a python script using a windows task scheduler, i.e. make it launch automatically at a certain time or after a certain time period.

Before starting we need to know the following point:

First, we’ll make the python script that we want to schedule. If you have already made the script, skip this section. If not, you can make your own python script or follow mine.

Here we made a python script that fetches a random inspirational quote image from a folder where I’ve saved a couple of them and displays it. You’ll need the following python packages/modules: tkinter, PIL, os, random.

Remember to change the folder path according to the folder location on your system.

Now, there are two ways to schedule the script. The first method involves making a batch file, the other does not. If you don’t want to make a batch file, you can skip stepping 3.

We are going to make a batch file to run our python script.

If you see multiple paths, use any one of them. Also, change the path to your saved python script according to your system. The pause command is used to suspend the processing of the batch program and wait for the user’s input. And lastly, save this file with a .bat extension. 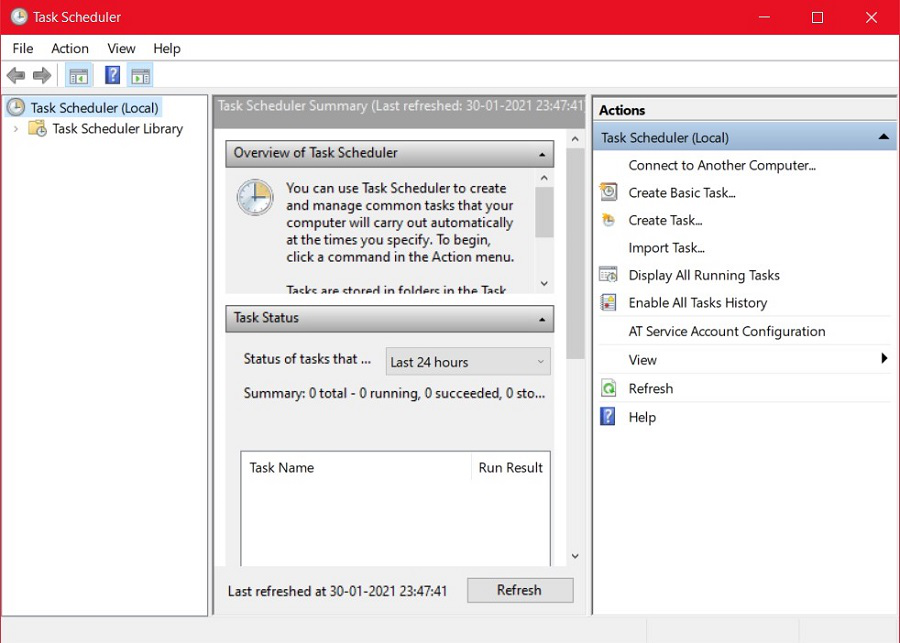 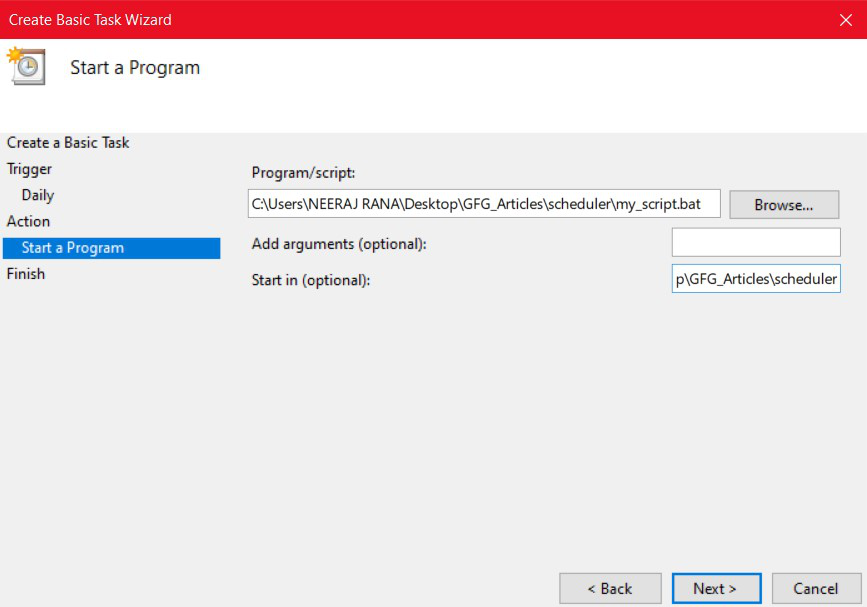 If you made a batch file 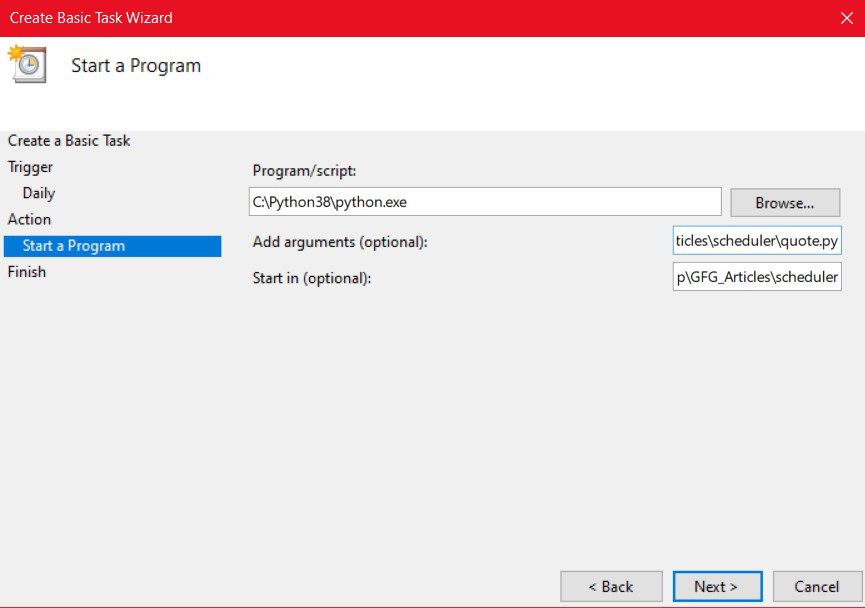 If you didn’t make a batch file

Now, at your chosen time, your script will execute. 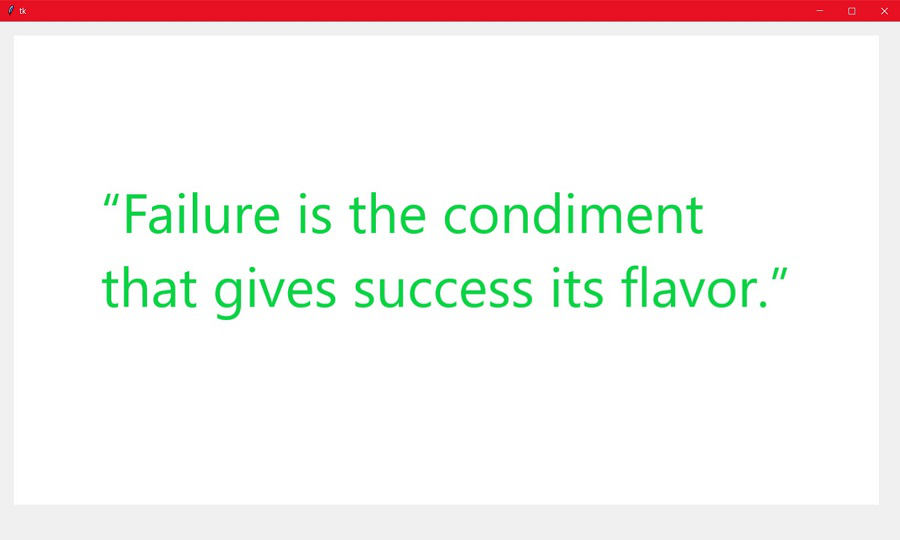