Definition: Scaling is a technique of generating an endless sequence of values, upon which the measured objects are placed. Several scaling techniques are employed to review the connection between the objects.

Following are the two categories under scaling techniques: 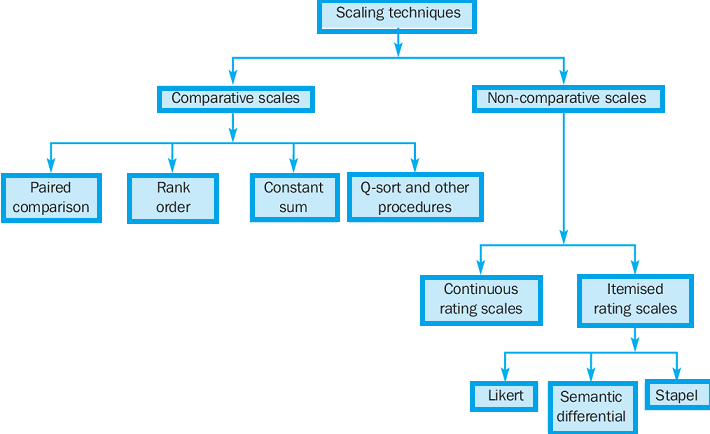 It involves the direct comparison of objects. Comparative scale data must be interpreted in corresponding terms and have either ordinal or rank order properties.

Types of comparative scales are:

For example: A survey was conducted to find out consumer’s preference for dark chocolate or white chocolate. The outcome was as follows:

Thus, it is visible that consumers prefer white chocolate over dark chocolate.

For example: A respondent is asked to rate the following soft drinks:

For example: A respondent is asked to spend 500 rupees on product A, product B and product C of foods?

For example: A respondent is given 10 brands of shampoos and asked to place them in 2 piles, ranging from “most preferred” to “least preferred“.

Note: Generally the most preferred shampoo is placed on the top while the least preferred at the bottom.

In non-comparative scales, each object of the stimulus set is scaled independently of the others. The resulting data are generally assumed to be ratio scaled.

Types of Non-comparative scales are:

For example: A respondent is asked to rate the service of Domino’s:

Following are the two categories under scaling techniques: 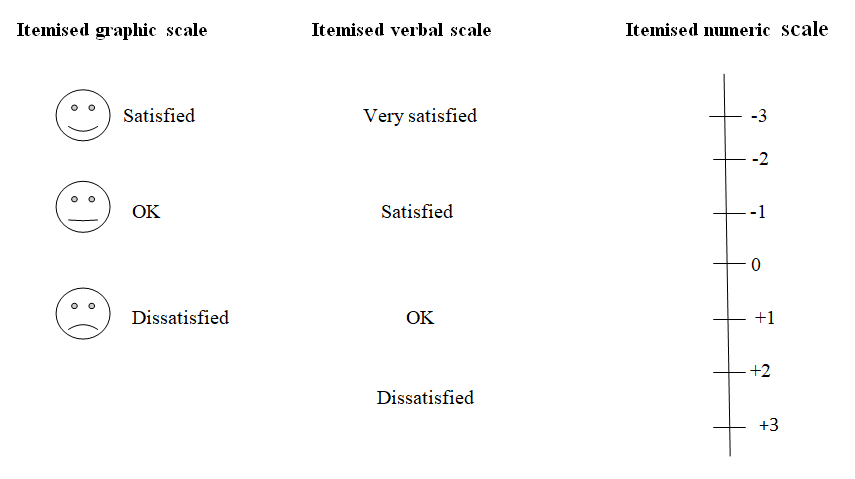 Types of Itemised rating scaling are:

For example: A well-known shampoo brand carried out Likert scaling technique to find the agreement or disagreement for ayurvedic shampoo.

For example:  A well-known shoe brand carried out semantic differential scaling technique to find out customer’s opinion towards their product. 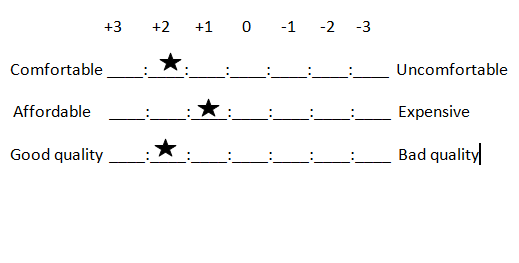 For example: A well-known shoe brand carried out a staple scaling technique to find out costumer’s opinion towards their product. 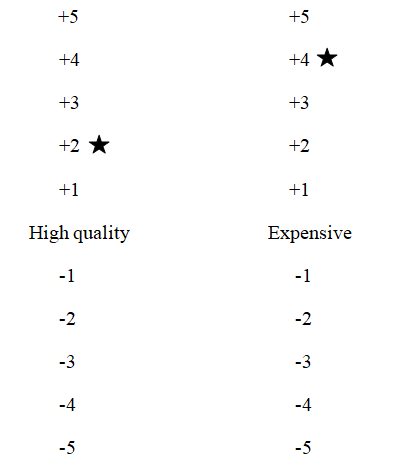