Scala REPL is an interactive command line interpreter shell, where REPL stands for Read-Evaluate-Print-Loop. It works like it stands for only. It first Read expression provided as input on Scala command line and then it Evaluate given expression and Print expression’s outcome on screen and then it is again ready to Read and this thing goes in loop. In the scope of the current expression as required, previous results are automatically imported. The REPL reads expressions at the prompt In interactive mode, then wraps them into an executable template, and after that compiles and executes the result.

We can start Scala REPL by typing scala command in console/terminal.

We can get more information of these temporary variable by calling getClass function over these variable like below. 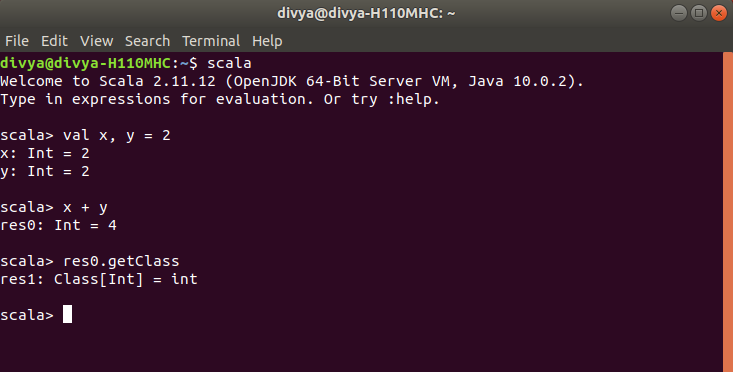 We can do lots of experiments like this with scala REPL on run time which would have been time consuming if we were using some IDE. With scala2.0 we can also list down all function suggestion that we can apply on variable by pressing TAB key. 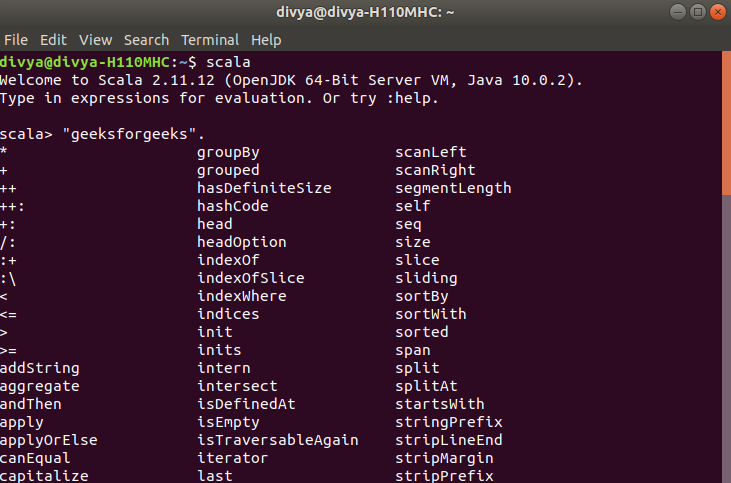