Port Scanning is the process of detection of active ports on the Web Server. In some cases, if there is an unfamiliar port running on the server, this can lead to breaches. We can perform use various automated tools like Nmap, Masscan, etc for port detection. RustScan is the tool that assures the fastest result retrieving tool as compares to Nmap. RustScan is a tool that turns a 17 minutes Nmap scan into 19 seconds. RustScan tool is developed in the Rust language and valid on the GitHub platform. RustScan tool is an open-source and free-to-use tool. RustScan tool can scan 65k ports in almost 7-8 seconds which is much faster than other tools. RustScan tool has support to IPv6 Version IP.

Step 1: Download the .deb file from the below links to your Kali Linux operating system. 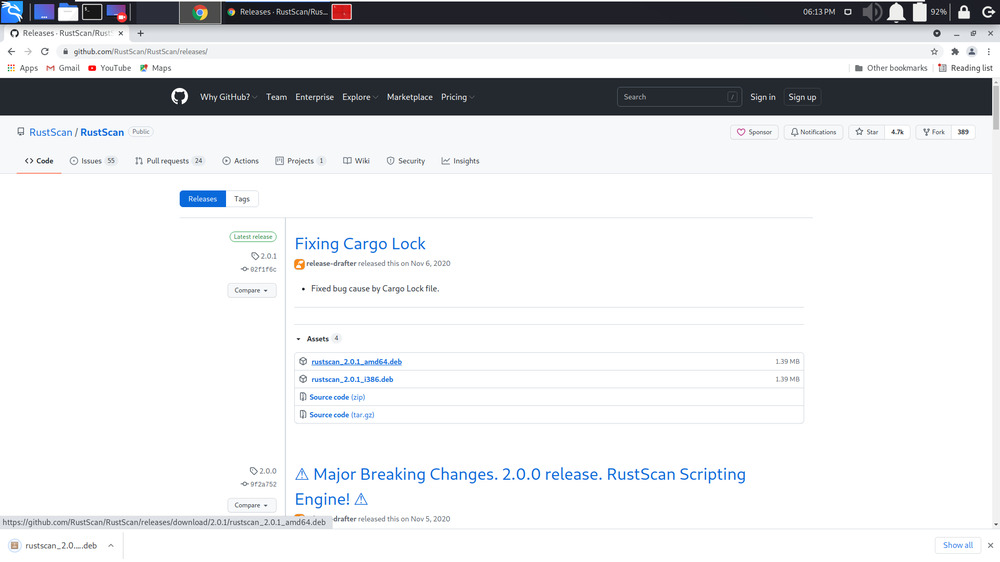 Step 2: Run the command dpkg -i on the file to install the tool. 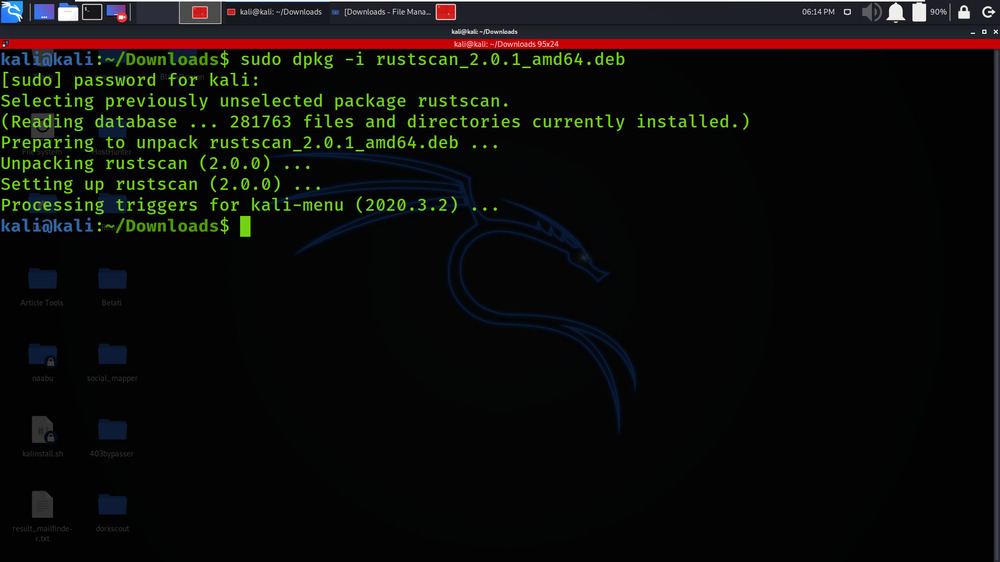 Step 3: Now use the following command to run the tool and check the help section. 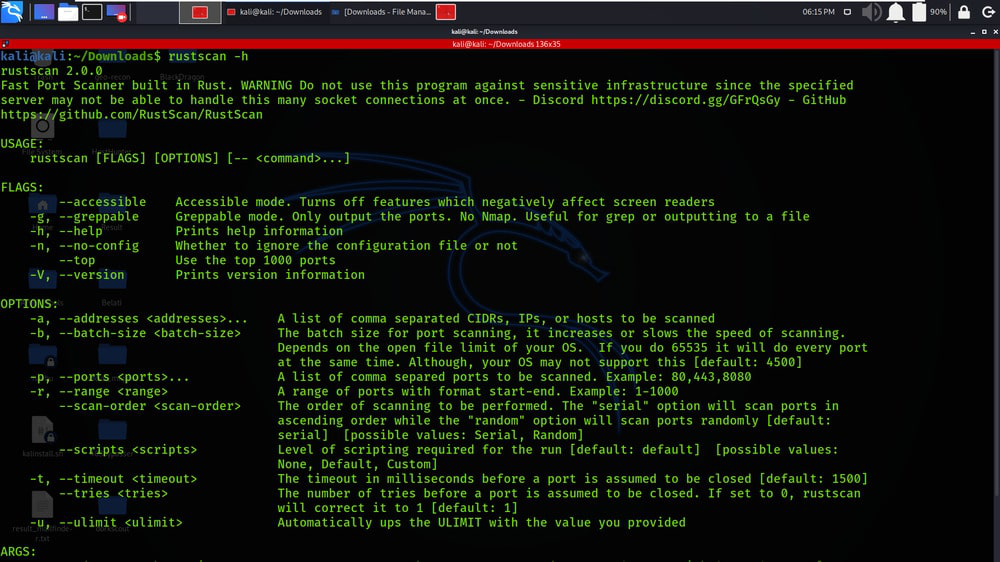 In this example, we will be performing a simple port scan on the geeksforgeeks.org domain. 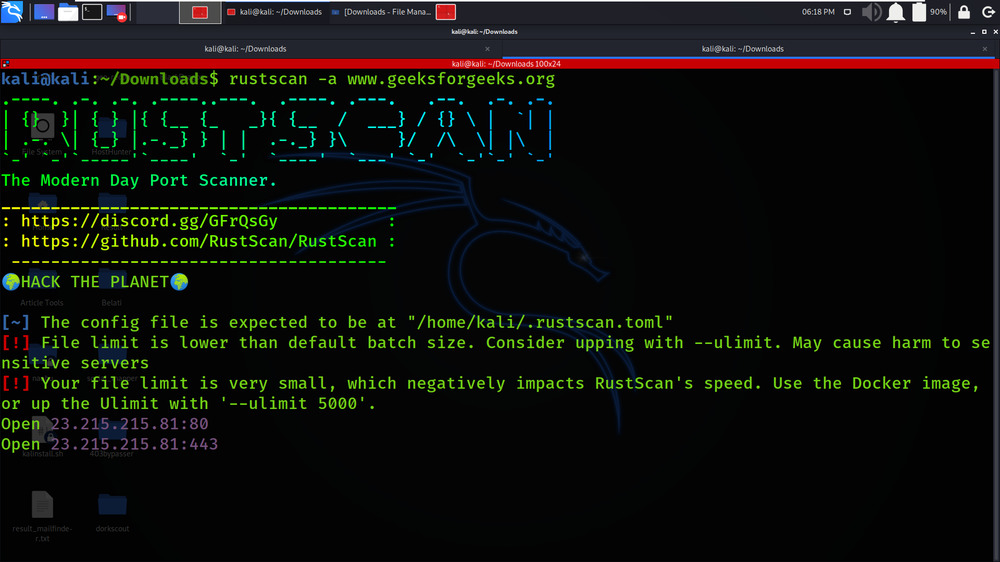 In this example, we will be performing specific single port detection rather than scanning all the ports. 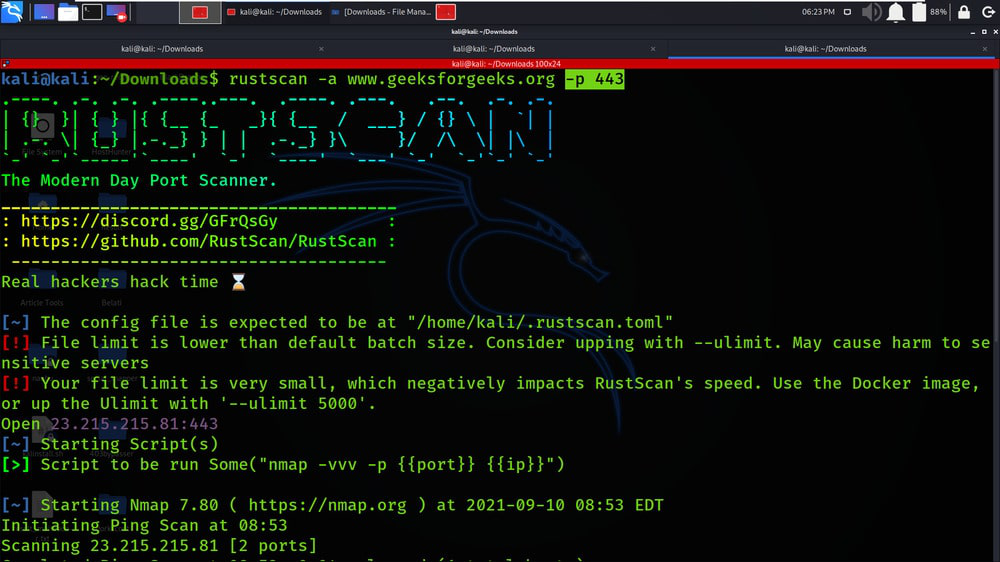 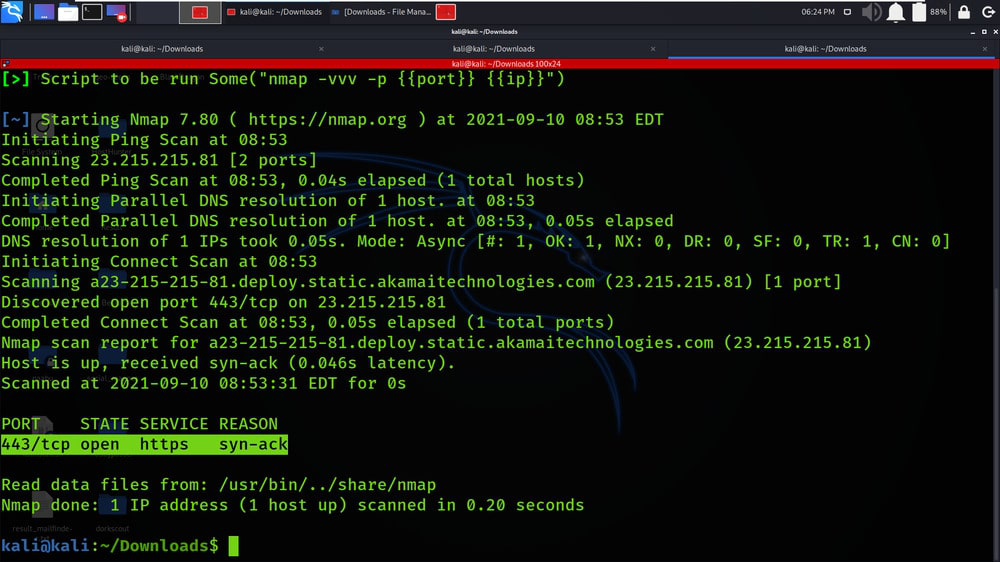 In this example, we will be performing multiple port scans or specific lists of ports rather than scanning all the ports. 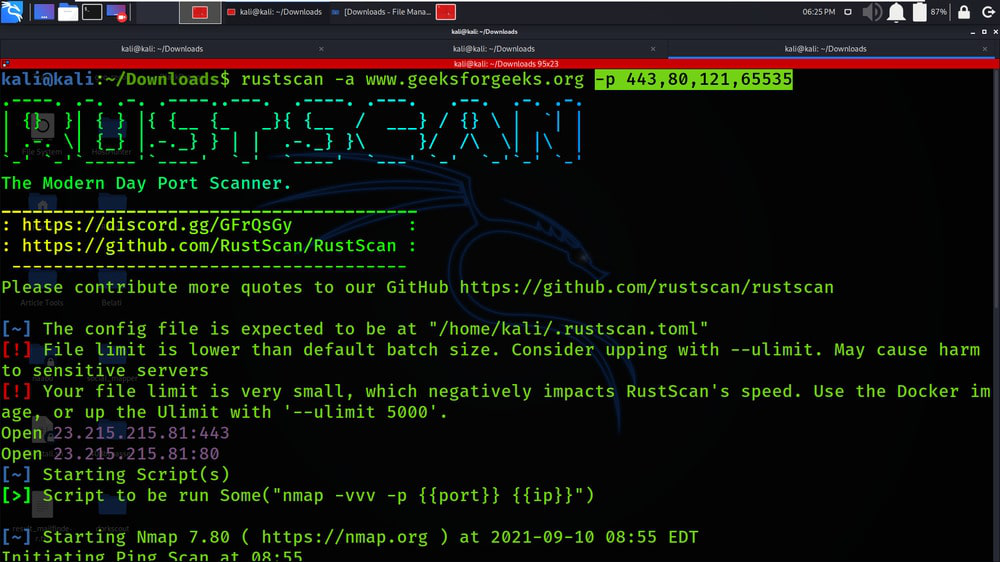 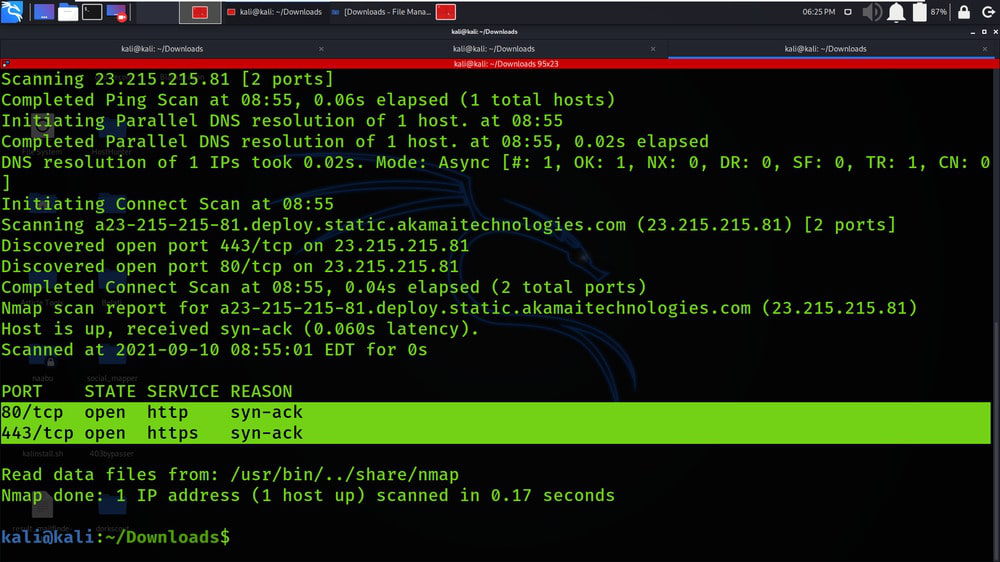 In this example, we will be performing detection of ports from the range of 1-1000 on the geeksforgeeks.org domain. 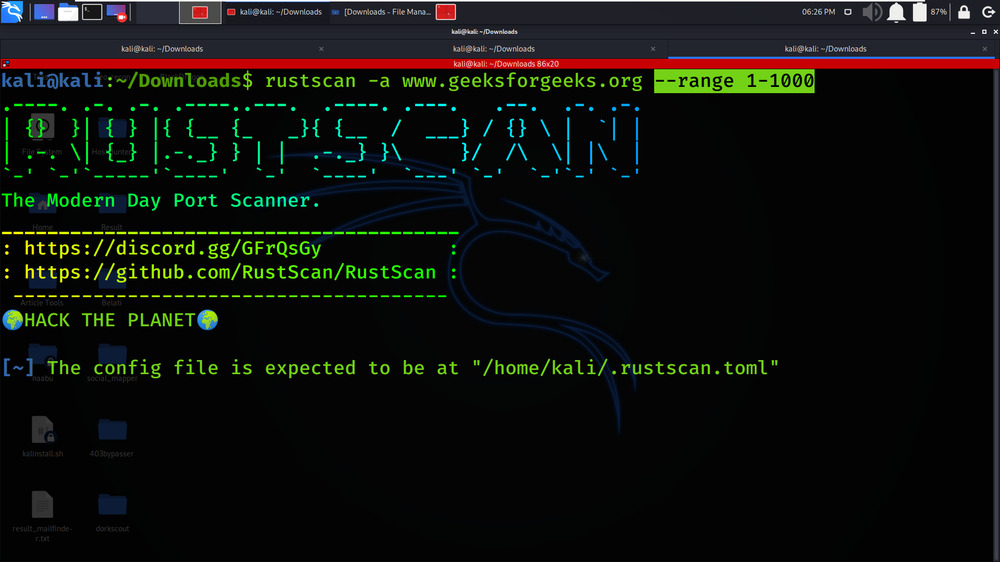 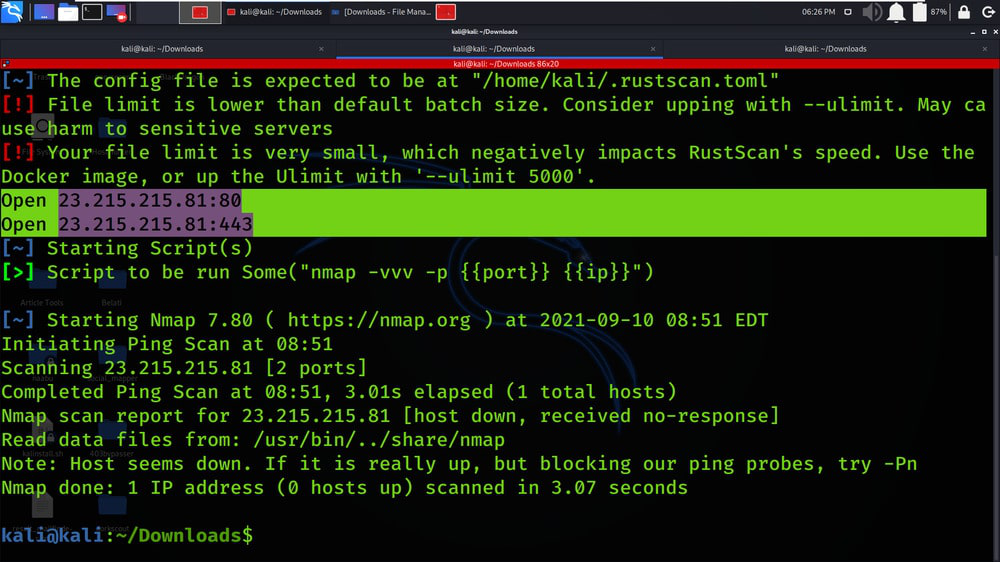