As Rust Ownership rules say one owner at a time but there might some cases where we need to perform an action on data without affecting its original value. This is done via borrowing. Borrowing is like in general when we borrow something, and we are done with it, we give it back, but this doesn’t make us the owner of the data. Reference is an address that is passed to a function as an argument, and they always start with ampersand(&). 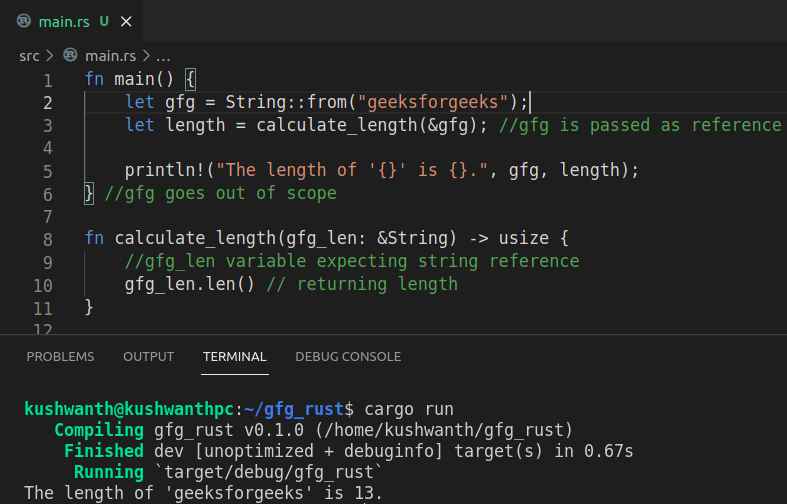 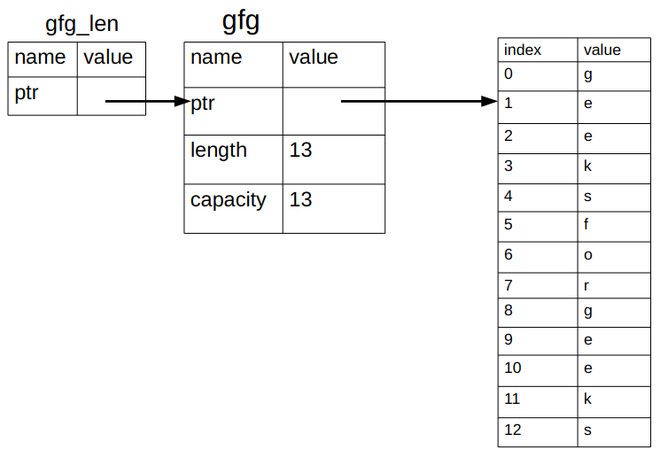 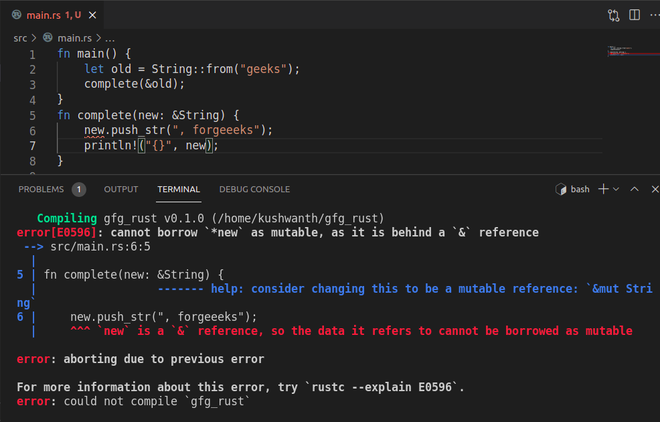 Like variables in Rust, all references are mutable by default. Let us try to change the value we are referencing.

This gives an error because values borrowed can’t be modified because we aren’t the owner of the value. 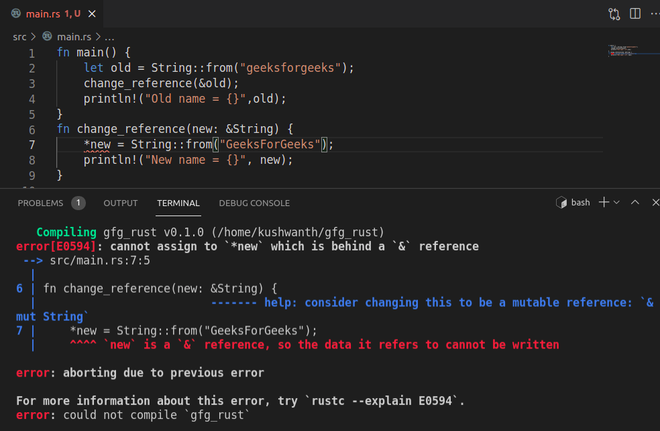 Let us change the program above to be valid 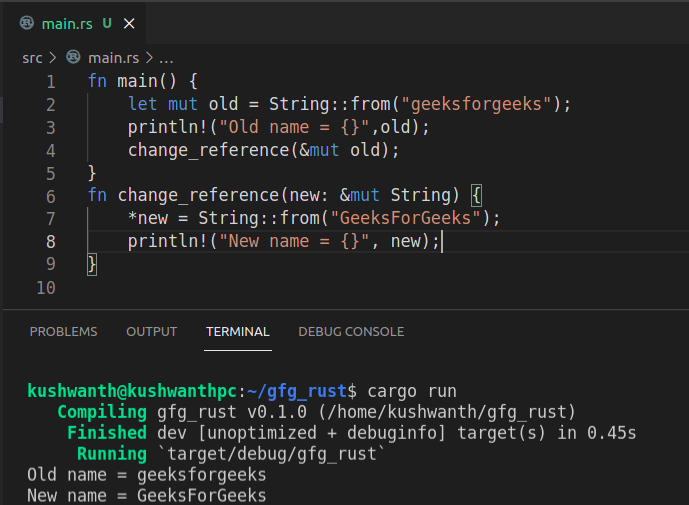