Generally, there are 2 ways to manage memory in a program by using either Garbage Collects (or) programmer has to explicitly define the memory usage. Both the options have their advantages and disadvantages like explicit managing being faster but Garbage collection being easier to implement. Rust follows a new approach called “Ownership” which promises to be faster and will be easier when you get used to it.  The ownership model is new for programmers but when you understand and start practicing you can get better at using it.

What is Memory Safety?

Memory safety is the property of a program where memory pointers always used to point to valid memory of the correct type and size. A memory unsafe program may crash or produce unexpected output and errors. It also may cause data leaks which in turn reducing the security of the program. One of the examples that can cause memory safety issues is Dangling pointers(pointers that point to invalid data (or) null).

Rust stores primitive datatypes directly into the memory but complex datatypes are generally stored in either Stack (or) Heap.

Stack stores variables of size at compile time. A stack follows a last in first out order. All scalar types can be stored in the stack as the size is fixed. If the size of the variable is unknown at compile time then they are stored in a heap which is suitable for dynamic datatypes. Heap is allocated used to store variables that may change throughout the life cycle of the program. Performing operations on a stack are faster than heap because of fixed size and direct access.

Rust ownership rules are the guidelines (or) standards for the Ownership model. These are

Here is a simple Rust program following the above rules 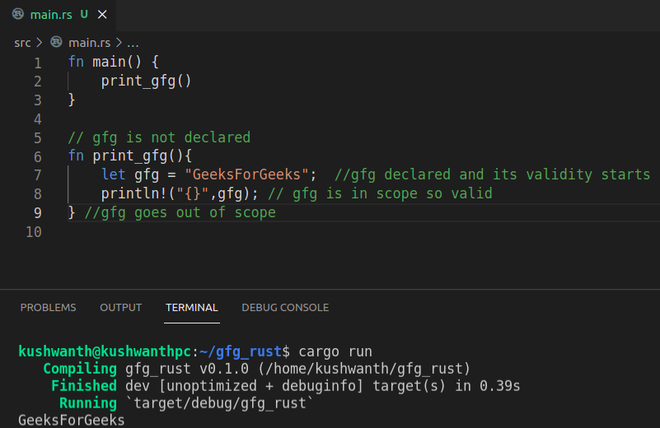 In the above program, we have seen how a variable can access data, Now we will see an example of how multiple interacts with the same data. 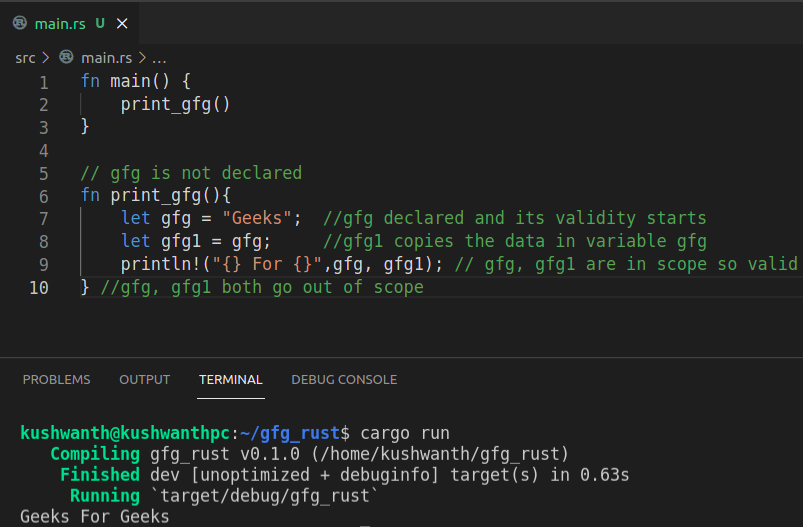 This gives an error because the size of gfg variable is unknown at compile-time and when we refer gfg1 to gfg the pointer moves from gfg to gfg1 rather than copying. To make it copy the data rather than moving it when need to use the clone method 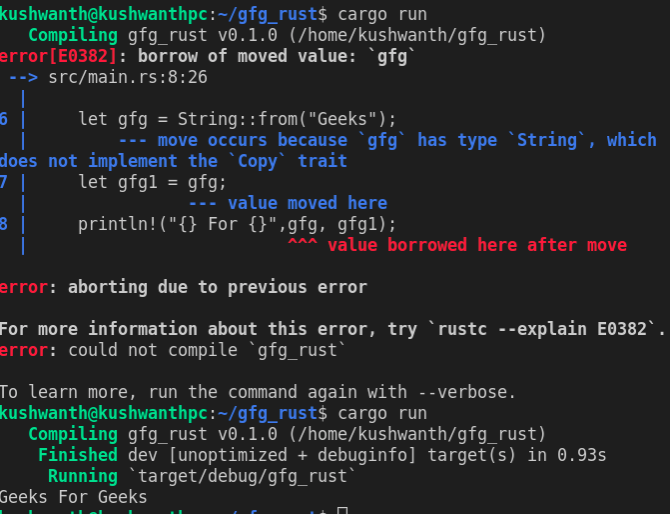