Rust is a multi-paradigm programming language like C++ syntax was designed for performance and safety, especially safe concurrency  by using a borrow checker and ownership to validate references. Rust was developed byGraydon Hoare at Mozilla research with contributions from Dave Herman, Brendan Eich and others. Which achieves memory safety without garbage collection. Rust is a compiled system programming language.

Rust has many reasons for being popular among programmers. Below are the reasons are :

An example program in rust, saved with extension .rs

We can Install Rust by using terminal. For linux and macOS open our terminal and use the curl which can automatically install rust for us, we can refer Rust docs for windows installation

We can check whether we have Rust installed correctly, open a shell and enter this command

Rust Programming Language creating and maintaining boundaries that preserve large-system integrity. Rust is a multi-paradigm programming language. it is designed for safety and performance. There are some features which makes it different.

Cargo is the Rust’s build system and package manager, like pip for Python, gem for Ruby and npm for Javascript. Cargo handles a lot of tasks, such as building and compiling your code, downloading the libraries your code depends on, and building those libraries(dependencies). Cargo mostly comes pre installed with Rust.

You can check cargo from the below command, if you don’t see version number that means you haven’t installed cargo

We can create a new rust project using cargo, for that use the below commands.

We can run the project using any of the below commands. 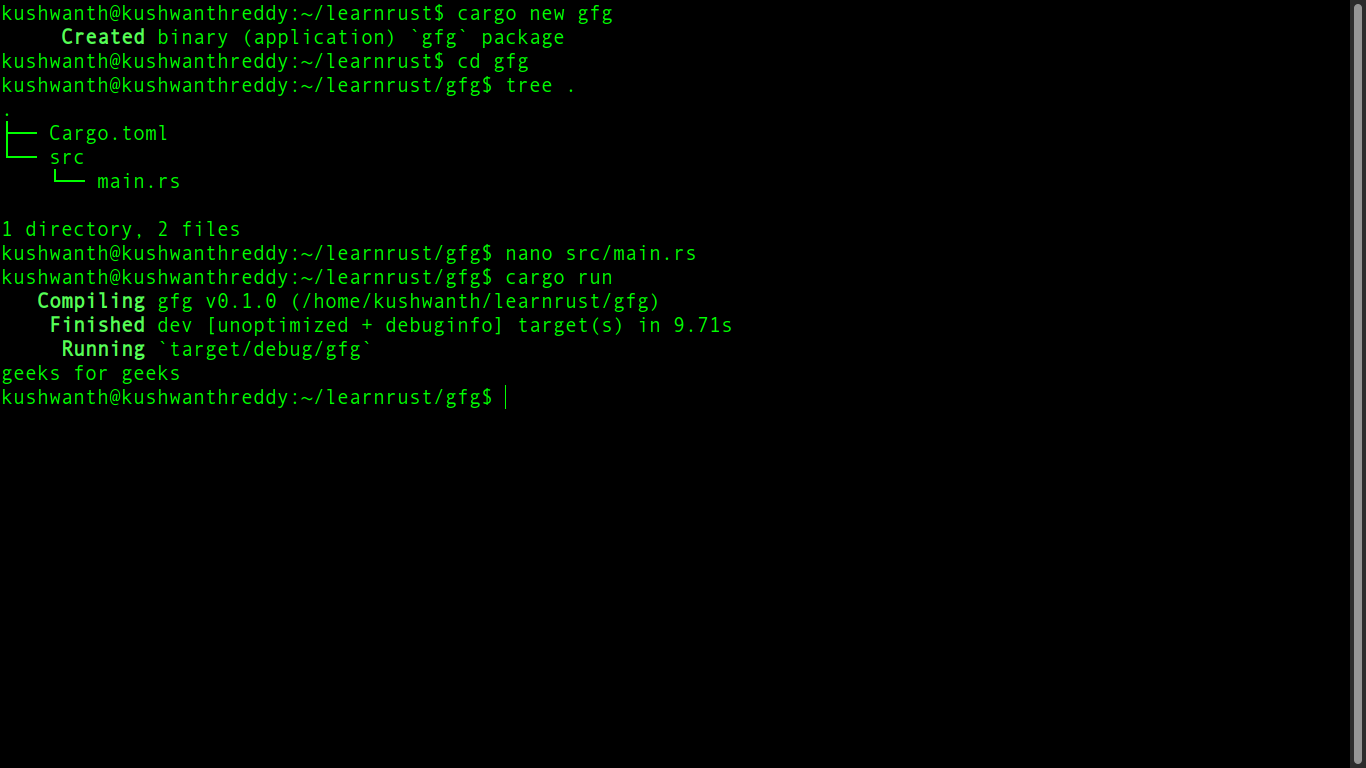