Mean Value Theorems (MVT) is one of the frequently occurring theorems in mathematics education literature. It is one of the most important tools used to prove a lot of other theorems in differential and integral calculus. It is sometimes taught with its special case, Rolle’s theorem. Rolle’s theorem is named after Michel Rolle (1652-1719), a French mathematician who established the now common symbol for the nth root and insisted that -a > -b, for positive a and b, a < b. The feat went against Descartes’ teaching and laid the groundwork for the introduction of the ubiquitous number line.

It states that if y = f(x) and an interval [a, b] is given and that it satisfies the following conditions:

Note: It is not necessary that the converse of this theorem is also true. That is we cannot say if at some point f'(c) = 0 then all the conditions of Rolle’s theorem are satisfied.

Case 3: The case when there exists a point x ∈ (a, b) such that f(x) < k is analogous to case 2, with maximum replaced by minimum.

This function is also a polynomial, so it is both differential and continuous on the interval. Values at the end of the interval f(-2) = 0 = f(1).

So, Rolle’s theorem is applicable here.

Applying the Shree Dharacharya quadratic formula for finding the values of c,

So, here there are two values which satisfy rolle’s theorem.

This function is a step function, it is not continuous. So, rolle’s theorem is not applicable in the following interval. 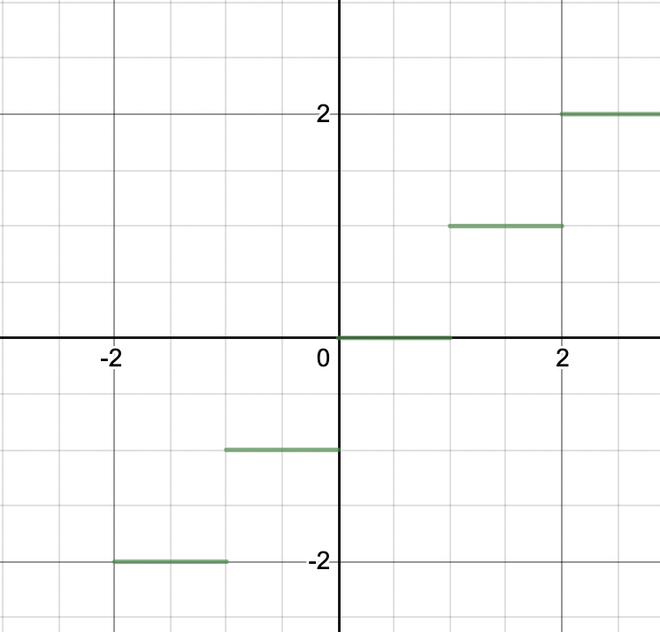 It is one of the most important theorems in calculus. It states that if y = f(x) and an interval [a, b] is given and that it satisfies the following conditions:

Then there exists at least one number c ∈ (a, b) such that 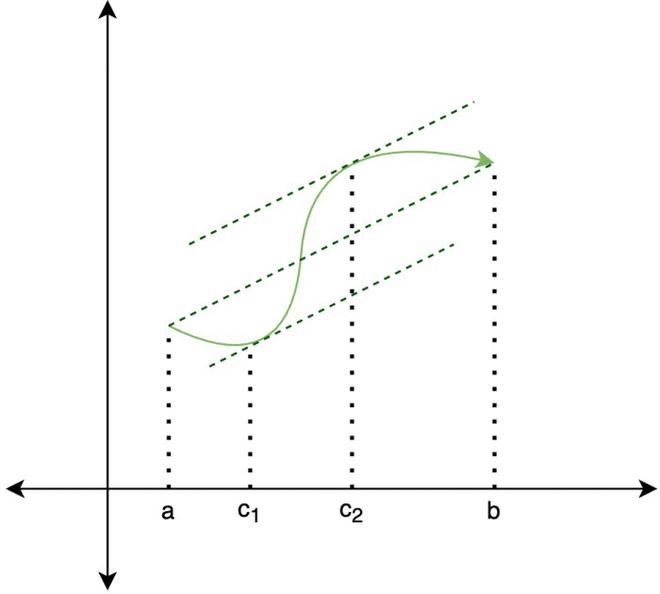 Let “f” satisfy the hypotheses of the MVT on the interval [a, b]. Define

. This represents the secant line between a and b.

Case 1: g attains its maximum and minimum at a and b. Then “g” is constant. In this case we get

Case 2: If the maximum or the minimum is attained at an interior point c, then g'(c)=0. Therefore,

It is known that in Mean Value Theorem,

Mean Value Theorem is known to be one of the most essential theorems in analysis and therefore, all its applications have major significance. Some of the applications are listed below:

Since the function is a polynomial, so it is continuous and differentiable both in this interval. Thus mean value theorem can be applied here.

Now plug this into the formula of mean value theorem and solve for c.

. Find the interval over which mean value theorem can be applied.

Since MVT can only be defined at places where f(x) is differentiable and continuous. It can be defined (-∞, 0) and (0,∞).

Question 3: Determine all the number(s) “c” which satisfy the conclusion of Mean Value Theorem in the interval [-2,2] for f(x) = 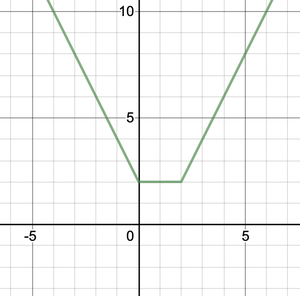 Graph of the given function.

Question 4: Determine all the number(s) “c” which satisfy the conclusion of Mean Value Theorem in the interval for

Let’s plug it into the formula,

This is the value of c.