Role of Python in Healthcare Advancements

Healthcare industries play a major role in society, even before the pandemic started. The technology sector has always worked along with the healthcare sector to improve the quality of life. Many may attribute this to broader topics like Artificial intelligence and Machine learning, but many don’t realize that something as simple as a programming language has contributed to the cause. 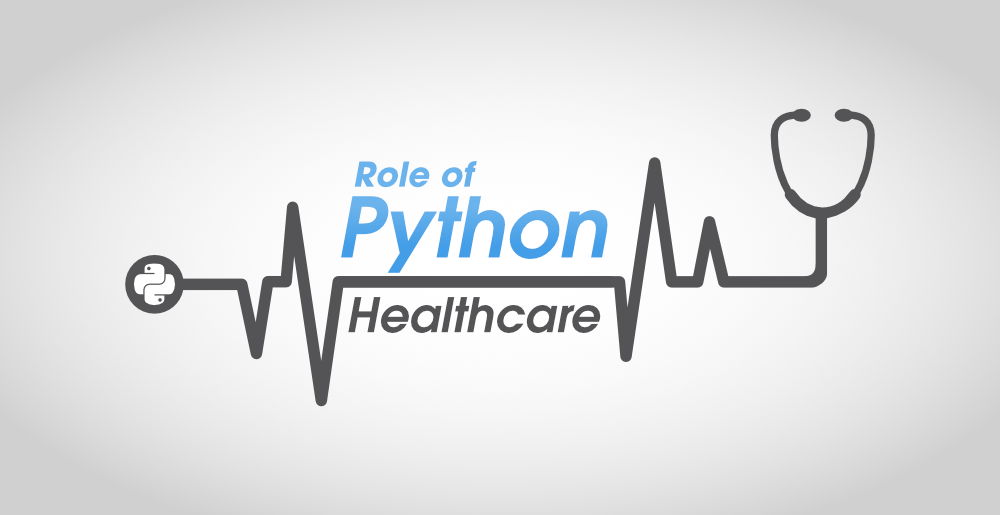 Python being versatile is a well-known fact, looking at the mere statistics that show it is one of the most widely used languages but how does this help the healthcare industry? Python helps create any sort of online and offline applications needed for a variety of purposes. Although this is nothing new because that’s what most applications do but in the healthcare sector, it’s highly valued because of the flexibility it has. Intuitive applications catering to all sorts of needs are essential in this sector, far more than any of the unrelated ones. Emergencies can occur at any time and in any kind of situations, if an application is coded in a complicated manner, it would lead to rather unwanted situations.

Analysis of various reports is essential for making an informed decision on how to proceed further in any situation. This one’s importance is further amplified in the healthcare sector. Python is known to be one of the best languages for this, which also attributes to the fact that data scientists prefer it for analyzing data sets as well. Hence, the language is valuable in this scenario as well. Python libraries such as NumPy and SciPy are some of the best libraries for this function.

When it comes to healthcare-related data, security is absolutely important. Information security is often an important criterion while developing solutions in this sector. However, Python proves to be useful once again as its frameworks allow secure exchange of information, and apart from that its need to integrate data for a better experience is validated by following HIPAA’s compliance. Hence, no violations would occur because of it.

There are various python toolboxes that are currently in use in this sector:

This is a popular toolbox that is known to be suitable for hybrid brain-computer interfaces. It is highly capable in real-time situations. It utilizes the best possible algorithms as well as widely employed signal processing methods, which have commonly been used by the BCI community. The best part is it is open-source hence easily available to the masses.

It is used for EEG (Electroencephalogram) and EMG (Electromyography) analysis. It has also proven to be useful for performing online hybrid BCI experiments. Gumpy can also be used for visualization and decoding, in which it employs various deep learning techniques for effective decoding.

It has 7 main modules that add to its versatility:

Just like Gumpy, MNE-Python is used for handling neurophysiological data. It is also open-source software. It is used for EEG, MEG, ECoG, NIRS, and many others to visualize, analyze, encoding and making estimations of different aspects. It is widely used and improved across many laboratories in the world. MNE is modular in nature, this makes it easier for the user to find the exact module they need as it is organized by processing context.

It works best when the user assembles the analysis pipeline in one or more python scripts. This is because it has a good interactive plotting ability for data exploration. It also can be integrated with scientific Python libraries.

This is another BCI toolbox made with Python. Although Wyrm isn’t as popular or versatile as Gumpy or MNE-Python, it does accomplish a fair number of essential tasks when it comes to the BCI toolbox domain. It has real-time capabilities and also can be integrated easily with other platforms. It includes algorithms for spectrograms, channel selection, filters, and baseline removal for signal processing.

Many may not be aware of how python has contributed a lot behind the scenes in the case of the healthcare domain but there have been commendable contributions to it and their potential has been recognized and well-received!

My Personal Notes arrow_drop_up
Previous
Write on an image using openCV in C++
Next
How to convert Ordereddict to JSON?
Recommended Articles
Page :
Benefit Of IoT in Healthcare Sector
22, Jul 19
IoT- Recreating Healthcare
07, Aug 19
Microsoft Healthcare Bot During Covid19
05, Jun 20
Benefits of Blockchain in Healthcare
22, Jun 20
How is Robotics Changing the Healthcare Industry?
10, Oct 20
How is Data Science Changing the Healthcare Industry?
09, Jan 21
How Digital Transformation is Reinventing Healthcare Industry?
23, Mar 21
What is the Role of Java in the IT Industry?
24, Jun 19
Blog | Role of a System Analyst
13, May 19
The role of Artificial Intelligence in Internet of Things
23, May 19
What is the Role of Fuzzy Logic in Algorithmic Trading?
12, Jan 20
Machine Learning Role in Business Growth and Development
12, Feb 20
Role of Computers in Crime
17, Feb 20
What is the Role of Artificial Intelligence in Fighting Coronavirus?
17, Apr 20
Role of Artificial Intelligence in Health Care
12, Jun 20
Role of Technology in Changing Business Status
01, Jul 20
What Key Role Document Verification Plays in Fighting Identity Theft
22, Mar 21
JavaScript vs Python : Can Python Overtop JavaScript by 2020?
12, Jun 19
Is the future with snake(Python) or Coffee(Java) ?
17, Feb 16
What other than Python and R?
19, Feb 16
Creating a Proxy Webserver in Python | Set 1
11, May 16
Creating a Proxy Webserver in Python | Set 2
16, May 16
XML parsing in Python
13, Jan 17
Send SMS updates to mobile phone using python
15, Nov 17
Article Contributed By :