Role of processor in a PC

The processor also known as CPU is a piece of hardware. It is often referred to as the “Brain of a PC” because all the computations and processing are carried out directly or indirectly by the processor containing millions of transistors. It is a single chip that is capable of processing data. In fact, the performance, capability, and pricing of a computer system are largely determined by the processor to present in it. It controls all the components in a PC. The primary functions of a processor are –

Below is the diagram of the Processor 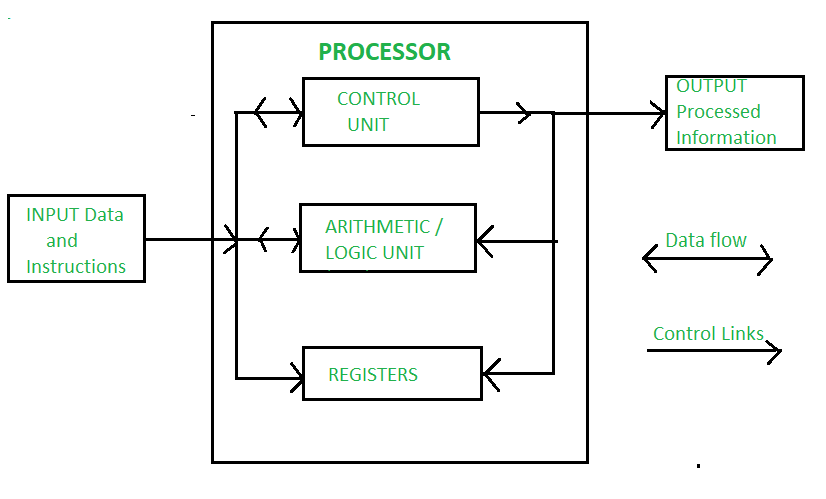 The processor plays a significant role in the following important aspects of a computer system.