Rigid body rotation is featured prominently in science, sports, and engineering. Theoretically, it is a collection of particles that are at a fixed distance from one another. In an ideal scenario, these bodies do not change their shape or deform. These kinds of bodies are usually a continuous distribution of mass. For analyzing the motion of such bodies, the position of the center of mass is required. When forces are applied to such bodies, it produces an angular acceleration and linear acceleration. It becomes essential to study how these forces affect rigid bodies and produce an angular and linear acceleration in them. Let’s see them in the detail. 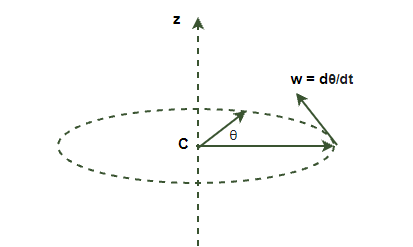 In cases where the rotational motion is not constant, instantaneous angular velocity is calculated.

This is the cross–product of the position vector and the linear momentum vector. The magnitude of the vector is given by, 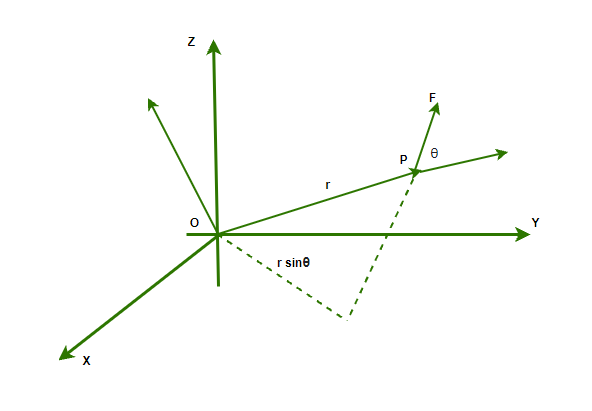 The relation between the torque and force can also be derived from these equations.

Torque is analogous to the force in the case of rotational motion. This is also called the moment of force. This causes angular acceleration in the body, which means forcing to change the rotational state of the body. Imagine opening or closing the door of a room, in this case, the motion of the door is circular motion, and therefore, torque is applied on the door. In short, the force applied to move a body in circular motion is torque. Let a particle P be located far from the origin at a point whose position vector is given by, If the force F is acting on the particle, the moment of force is given by,

It is a vector quantity. The magnitude of the torque is given by,

Dimensions of torque are given by ML2T-2. These are also dimensions of energy but, these quantities should not be confused as similar. They are very different quantities.The unit of torque is N-m.

Angular Momentum is given by, 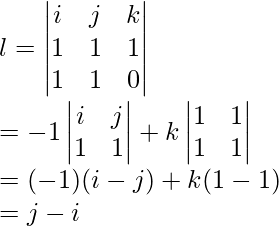 Question 2: Find the angular momentum of the system of two particles revolving around the origin at a distance of 10m with a linear momentum of 100Kg/s and 20 Kg/s.

Angular Momentum is given by,

Question 3: Find out the torque on the door if a force of 10N is applied on the door 0.5m from the hinge.

Torque is given by,

Where r is the perpendicular distance of the force from the rotational axis.

Plugging the values in the equation,

Question 4: Find out the torque on the door if a force of 100N is applied on the door 0.5m from the hinge.

Torque is given by,

Where r is the perpendicular distance of the force from the rotational axis.

Plugging the values in the equation,

Question 5: An object performing a circular motion catches a speed of 40rad/s in 4 seconds. Find the angular displacement of the object in the process.

For finding out the value of “a”, the first equation of motion can be used.

Plugging the values into this equation,

For finding out the distance, a third equation of motion will be used.