In this article, we will create a Rhodonea Curve and Maurer Rose pattern in Python! Before we proceed to look at what exactly is a rhodonea curve or maurer rose we need to get the basic structure of our program ready!

Basic Structure of the Program –

If you run the code, you will get an error that drawPattern is not defined. We’ll define it later. But for now just let it be and let’s move on to understand what are Rhodonea curves!

What is a Rhodonea Curve?

is an integer defining the number of petals (

when odd)
Confused ? See this image comparing a rose with 12 petals versus a rose with 5 petals – 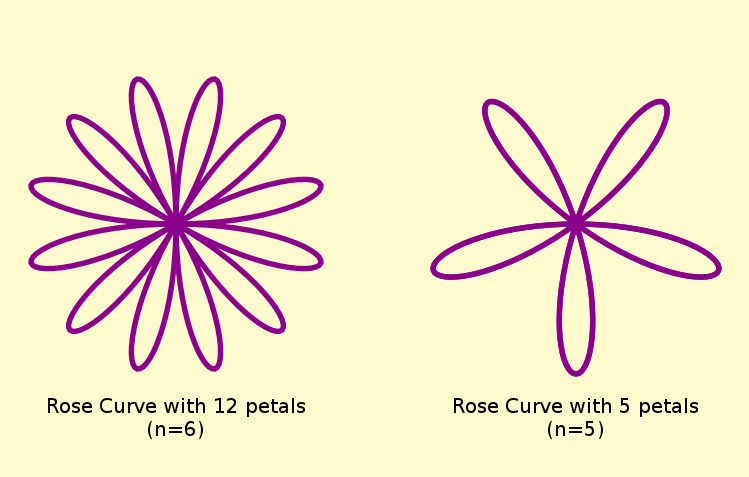 Note that the coordinates in the equation above are in polar form. But since in computer graphics we express pixel locations in cartesian form rather than polar form, the curve has to re-described as a set of all points

each in parametric equation form as shown below:

Getting our hands dirty with Rose Curves

The above was just the theory and in case you didn’t understand the concept completely you will after you see it in action. Just add the following in line 17 (right above where we invoked drawPattern):

This will produce the following result – 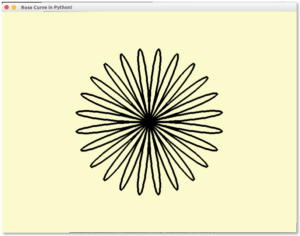 A note about making the program more interactive:
The program currently isn’t that interactive but you can make it interactive by perhaps increasing the number of petals by a fractal amount every frame and depending on how fast/slow you increment you can get pretty awesome results. Making the program interactive is out of scope (since that’d’ significantly increase the LOC count and perhaps also increase the complexity of the program and violate the basic structure that we created in the beginning) but I experimented a bit and here‘s the result of first creating a variable n and then incrementing it by 0.1 at every frame!

Now What is a Maurer Rose?

Now that we know about Rhodonea Curves let’s proceed to Maurer Rose:-
A Maurer rose is a rhodonea curve of the form

is an integer.
Varying values of

)
Now the cartesian coordinates will be of the form:-

Getting our hands dirty with Maurer Roses

So to make something out of what we just learned, we over-write the previous drawPattern function with the new one:- 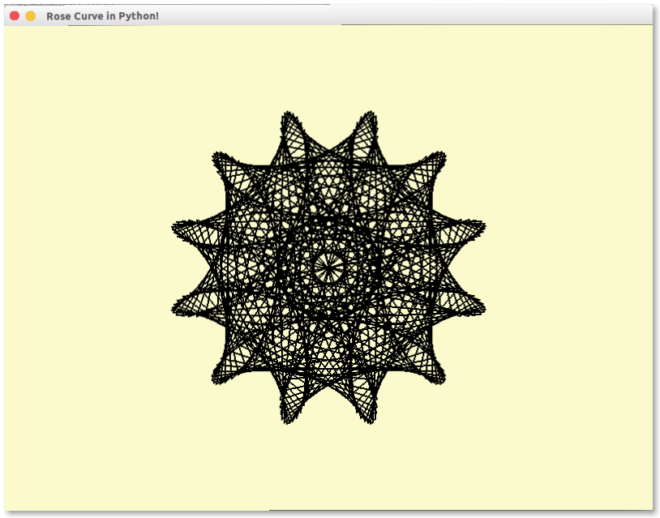 Explanation:
Only the highlighted lines have been changed rest everything is same –