How the Resource raw folder is different from the Assets folder?

In Android one can store the raw asset file like JSON, Text, mp3, HTML, pdf, etc in two possible locations: 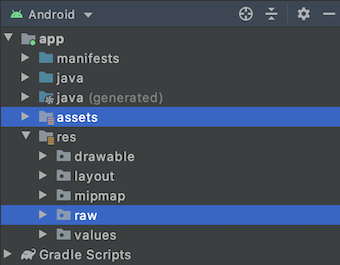 Both of them appear to be the same, as they can read the file and generate InputStream as below.

But when to use which folder?

Below is some guidance that might be helpful to choose

2. Store in subdirectory: (possible in assets) 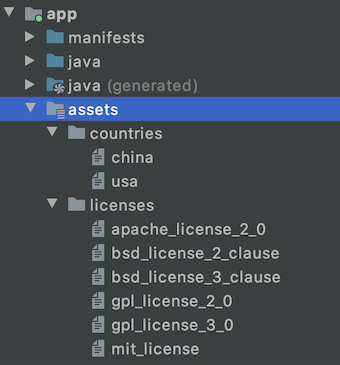 So putting a file in the res/raw folder will provide ensure the correct file-name during compile time check.

So, in assets, one can read the filename during runtime, list them, and use them dynamically. In res/raw, one needs to code them ready, perhaps in the string resources file.

So if you need to access your file in any XML, put it in the res/raw folder. Let’s make a table to remember the whole scenario easily.

How to Create Resource Raw Folder in Android Studio?

Step 1: To create the Resource Raw folder in Android studio open your project in Android mode first as shown in the below image. 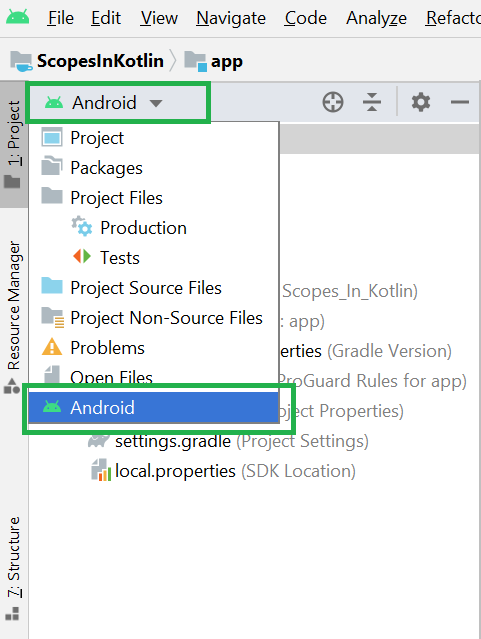 Step 2: Open your android studio go to the app > res > right-click > New > Android Resource Directory as shown in the below image. 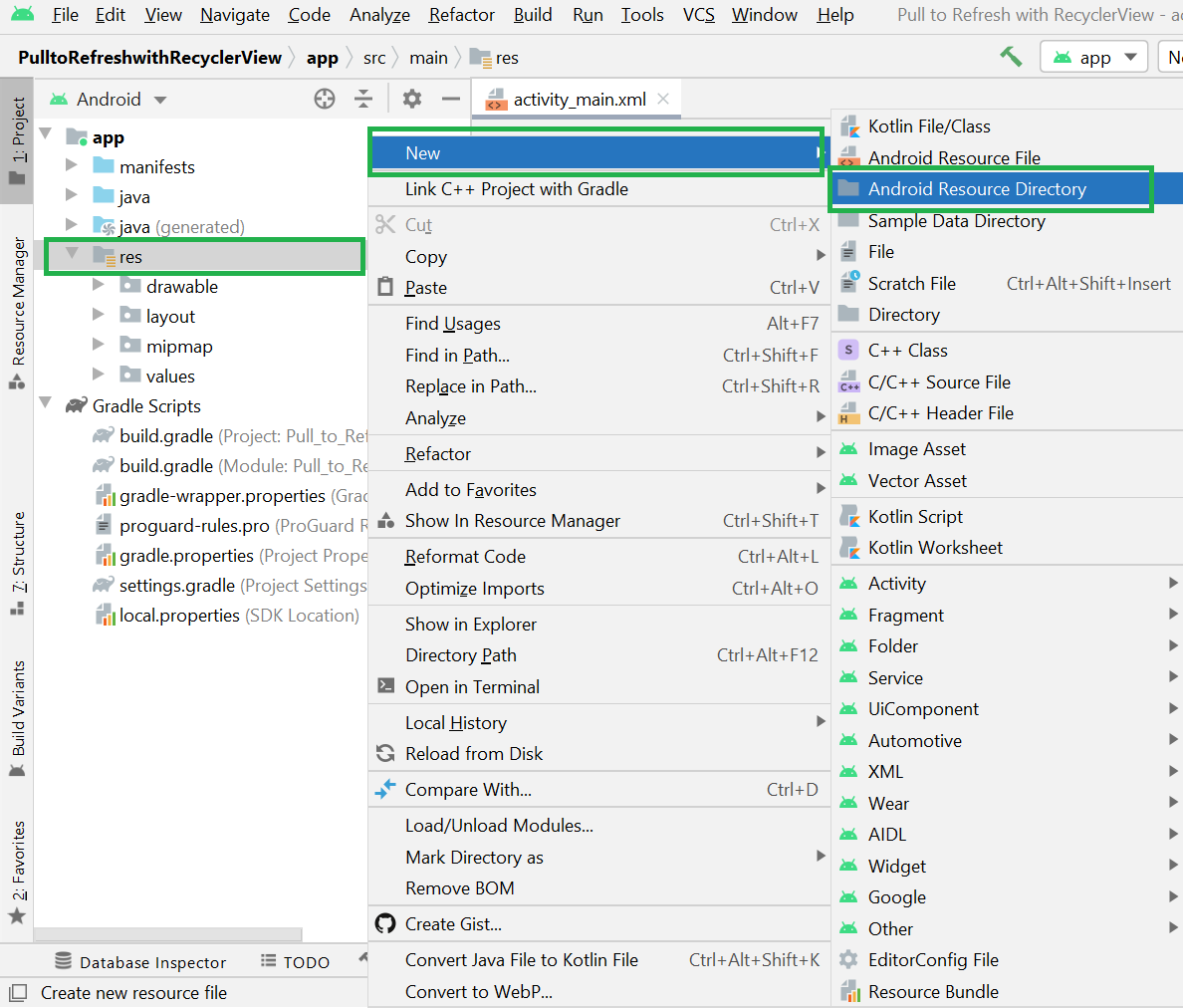 Step 3: Then a pop-up screen will arise like below. Here in Resource type choose raw. 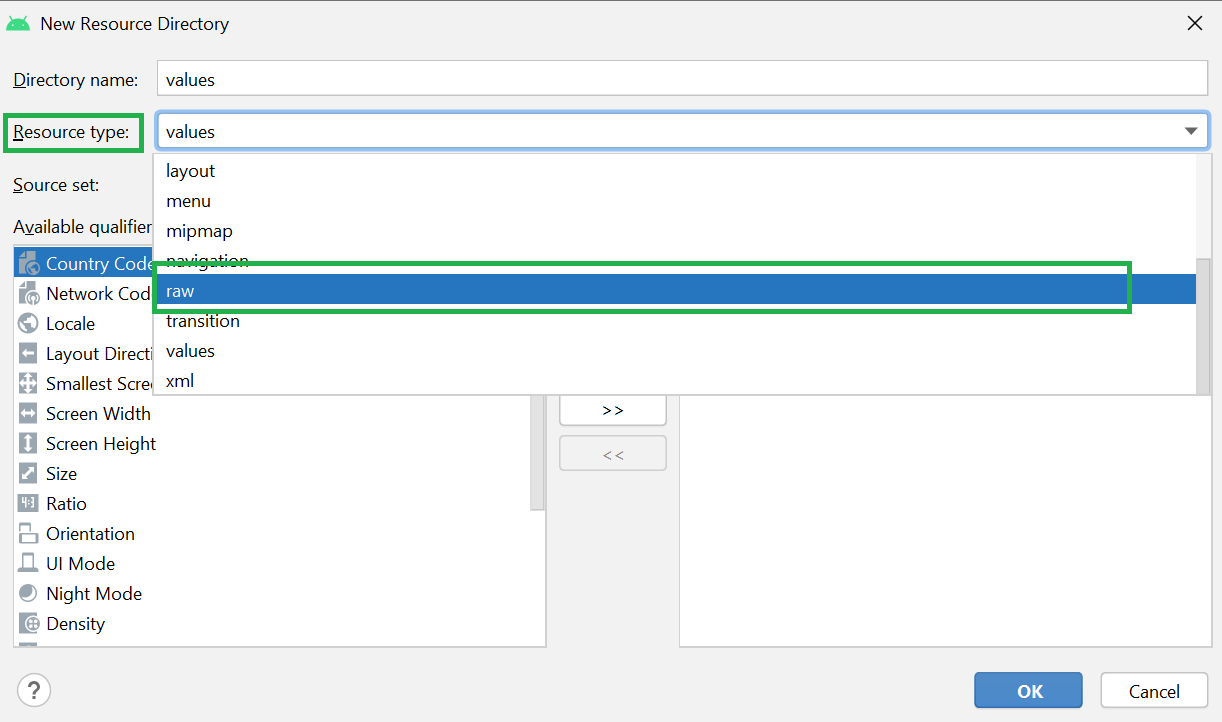 Step 4: After choosing the raw from the dropdown menu click on the OK button and keep all the things as it is. 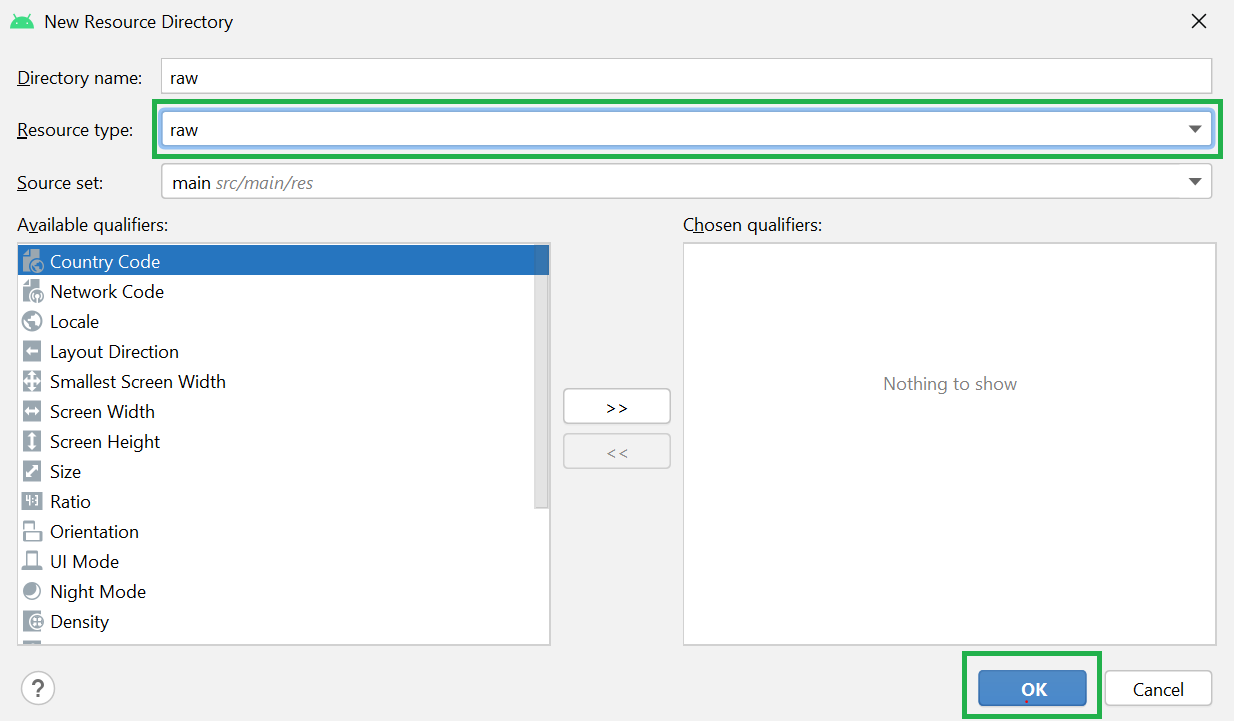 Step 5: Now you can see the raw folder has been created and you can find the folded in the app > res > raw as shown in the below image. 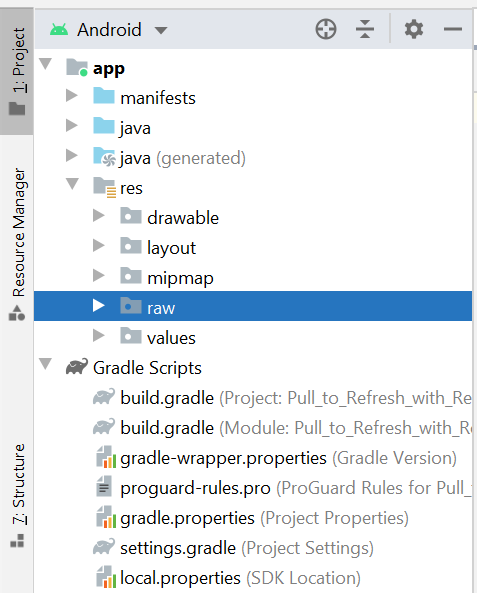