A number is a value that is used as a standard to quantify or rather to say specify the quantity of objects and also perform mathematical calculations.

A Number System is defined as a system of writing to express numbers that belong to the same group or share some common features or properties. It is the mathematical notation for representing numbers using a particular set of digits expressed in a logical and consistent manner. It provides a unique method to represent every number and represents the arithmetic and algebraic structure of the figures.

It also allows us to perform arithmetic operations like addition, subtraction, multiplication, and division.

The value of any digit in a number can be determined by:-

There are 4 types of Number Systems. Namely:

Here we will be focusing on the Decimal Number System with base 10.

If we break down 3541, it can be easily represented in the form:

What is a Number Line?

A Number Line is nothing but a way of representing numbers on a straight line where all numbers have to belong to or be a part of a particular Number System. Here numbers have to be placed in fixed regular intervals and the spacing between a pair of consecutive numbers and the difference of values between the two numbers must be maintained all through a particular Number Line.

However, different Number Lines can have a different set of rules, unique and exclusive for spacing and difference of values between any two consecutive numbers where all numbers belong to some particular Number System.

The numbers can be whole numbers, integers, rational numbers provided the spacing and difference of values are maintained throughout the Number Line.

What are Rational Numbers?

A rational number is a real number belonging to the Decimal Number System that can be represented on a Number Line and can be expressed in the form P/Q. Here P and Q are integers where P can have any integral values but Q cannot be 0. If Q = 0, then P/0 becomes undefined. However, P can be 0 as 0/Q is still a valid real number that equals 0.

Any real number can be expressed in the form of P/Q. For example, the integer 8 can be represented in the form 8/1 and the value still remains the same. Also, P can be greater than or less than or equal to Q. Rational numbers can be positive, 0, negative.

The denominator (D), depicts the number of parts the region will get divided into.

Here, we can see the rational numbers do NOT share a common denominator.

Now, we have to represent or express the rational numbers in such a way that all of them share a common Denominator.

So, now we can easily place the rational numbers on the Number Line and after placing them replace with the original value.

My Personal Notes arrow_drop_up
Previous
What are the next five whole numbers after 91901?
Next
What is 2.5 as a whole number?
Recommended Articles
Page :
Represent √3 on the number line
27, Sep 21
Difference between a Line and Line segment
14, Dec 21
How to read a file line by line using node.js ?
19, May 20
How to Read a File Line by Line to String in Golang?
11, Jun 20
Compare two Files line by line in Python
16, Feb 21
Java Program to Read a Large Text File Line by Line
17, Jun 21
How to read a Large File Line by Line in PHP ?
12, Jul 21
Bash Scripting - How to read a file line by line
19, Nov 21
What does the binary number 0111 represent?
01, Aug 21
Different types of Coding Schemes to represent data
25, Oct 18
How to Represent Graph Using Incidence Matrix in Java?
10, Dec 20
Java Program to Represent Linear Equations in Matrix Form
09, Dec 20
Java Program to Represent Graphs Using Linked List
04, May 21
How to represent a variable in Less ?
02, Oct 21
Which specific tag is used to represent the article in HTML ?
16, Jan 22
Which tag is used to represent progress of a task in HTML & how is it different from <meter> tag ?
20, Jan 22
Representation of Rational Numbers on the Number Line | Class 8 Maths
10, Nov 20
Control Line Color and Type in ggplot2 Plot Legend in R
18, Jul 21
How to detect “shift+enter” and generate a new line in Textarea?
31, Oct 19
How to write <dt> and <dd> element on the same line using CSS ?
02, Jun 20
How to move button in the same line with Checkbox and Textbox using JavaScript ?
15, Jul 20
x-intercepts and y-intercepts of a Line - Straight Lines | Class 11 Maths
10, Nov 20
How to set dropdown and search box in same line using Bootstrap ?
19, Dec 20
How to align an image and text vertically on the same line in React Bootstrap?
13, Jan 21
Article Contributed By : 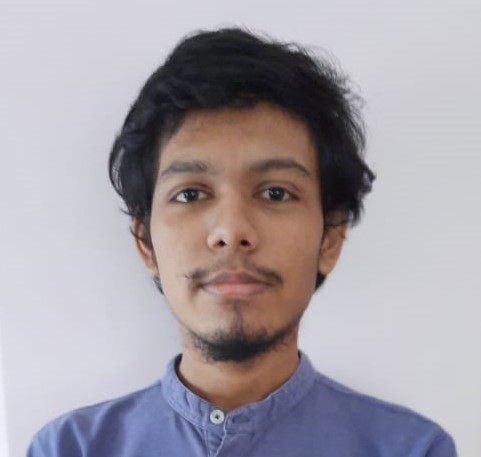