Django form fields have several built-in methods to ease the work of the developer but sometimes one needs to implement things manually for customizing User Interface(UI). We have already covered on How to create and use a form in Django?. A form comes with 3 in-built methods that can be used to render Django form fields.

Now to render this form into a view, move to views.py and create a home_view as below.

In view one needs to just create an instance of the form class created above in forms.py.
Now let’s edit templates > home.html

All set to check if form is working or not let’s visit http://localhost:8000/

.
Form is working properly but visuals are disappointing, We can render these fields manually to improve some visual stuff. Each field is available as an attribute of the form using {{ form.name_of_field }}, and in a Django template, will be rendered appropriately. For example: 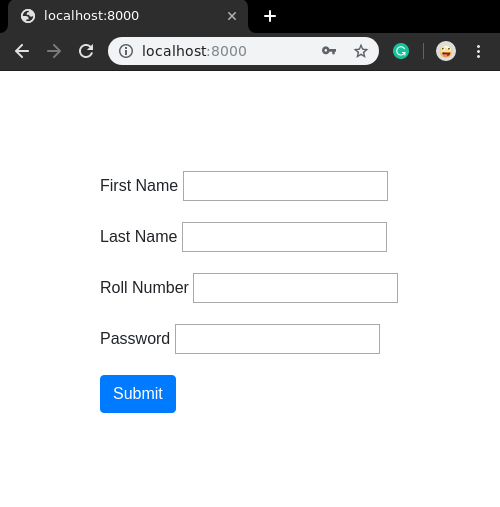 These were just some basic modifications using Bootstrap. One can customize it to an advanced level using various CSS tricks and methods.