Prerequisite: OS module in Python
In Python3, rename() method is used to rename a file or directory. This method is a part of the os module and comes in extremely handy.

os.rename(src, dst) : src is source address of file to be renamed and dst is destination with the new name.

Now say given n images in a folder having random names. For example, consider the image below: 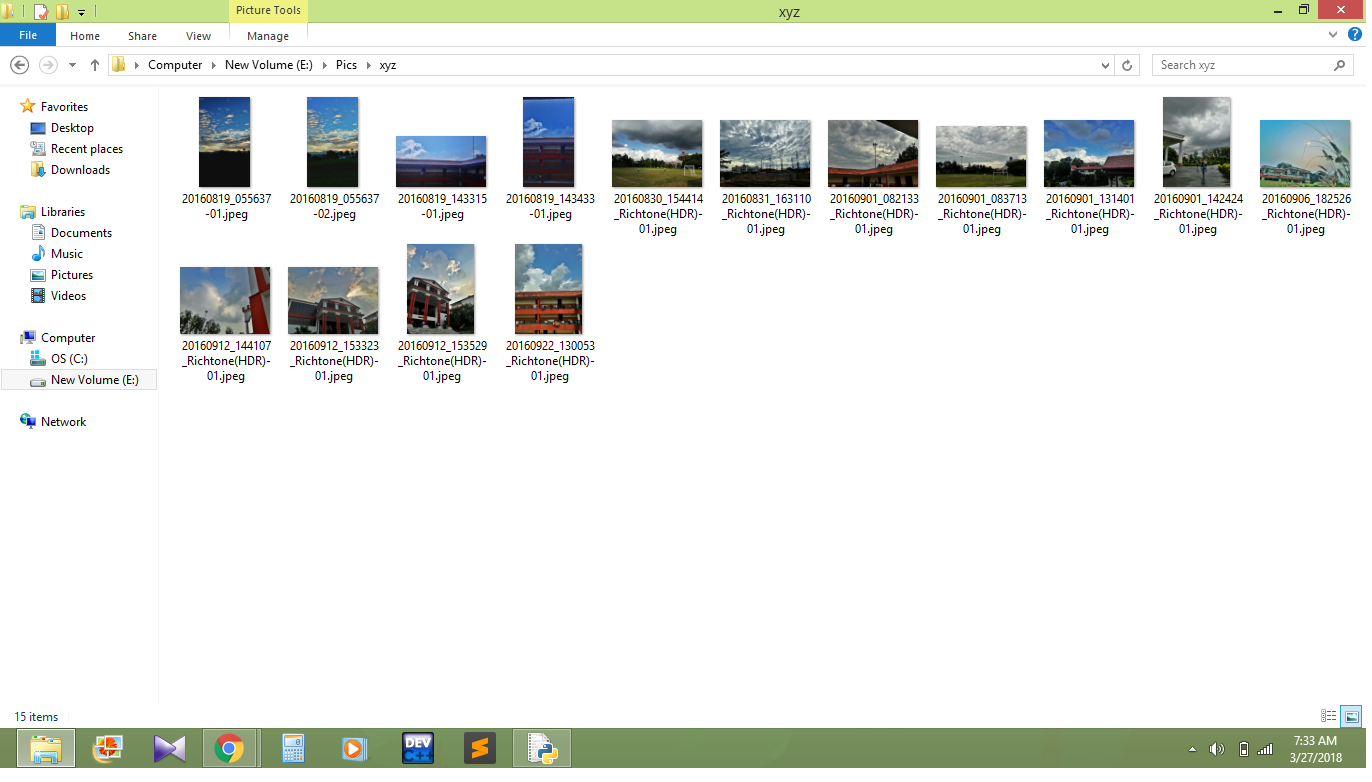 Now the requirement is to rename them in ordered fashion like hostel1, hostel2, …and so on. Doing this manually would be a tedious task but this target can be achieved using the rename() and listdir() methods in the os module.

The listdir method lists out all the content of a given directory.

list = os.listdir(‘src’) : where src is the source folder to be listed out.

The following code will do the job for us. It traverses through the lists of all the images in xyz folder, defines the destination (dst) and source (src) addresses, and renames using rename module.

The accepted format for destination (dst) and source (src) addresses to be given as arguments in os.rename(src,dst) is “folder_name/file_name”.

Output :
The output of this code will look something like this – 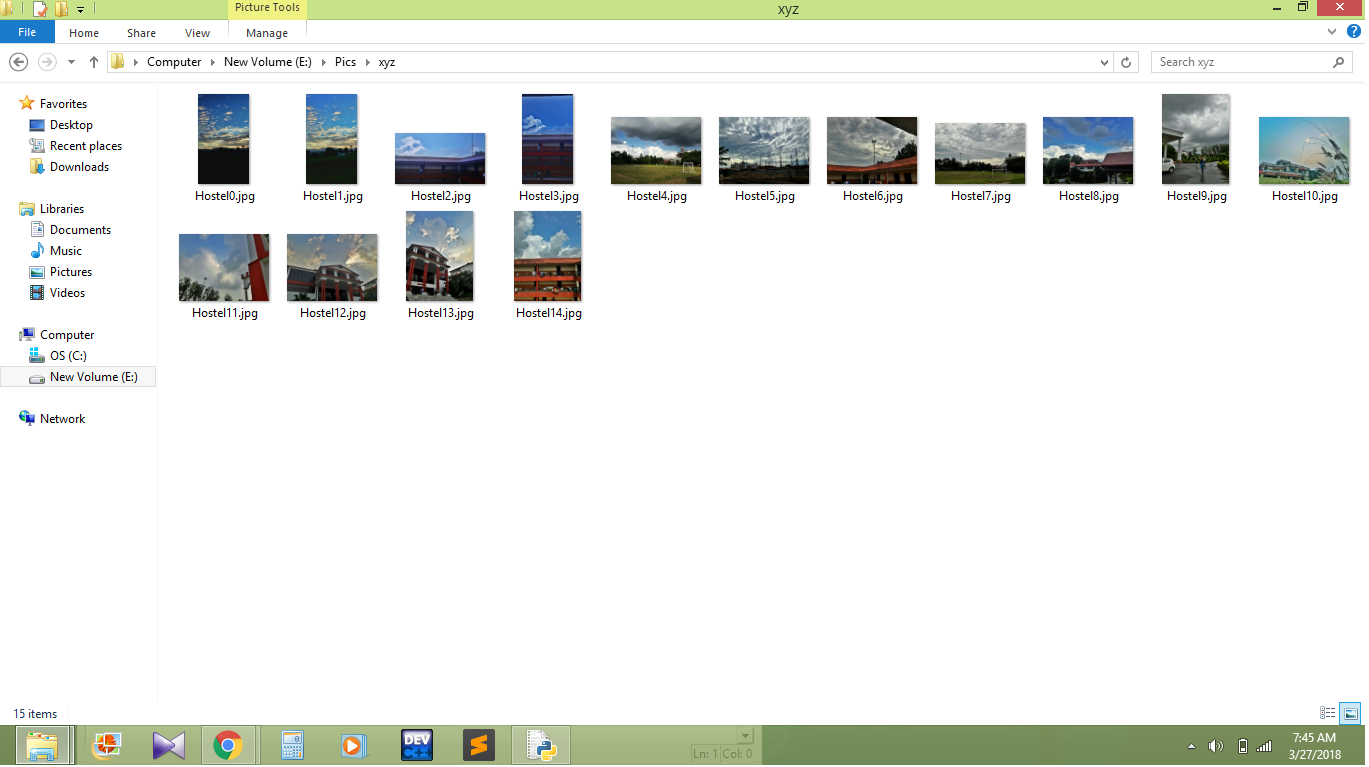 Note : This code may not run in online IDE, since it use external image file directory.