Prerequisites : Context Free Grammars , Ambiguous Grammar, Difference between ambiguous and unambiguous grammar, Precedence and Associativity of operators, Recursive Grammar
In this article we are going to see the removal of ambiguity from grammar using suitable examples.

Ambiguous vs Unambiguous Grammar :
The grammars which have more than one derivation tree or parse tree are ambiguous grammars. These grammar is not parsed by any parsers.

Example-
1. Consider the production shown below – 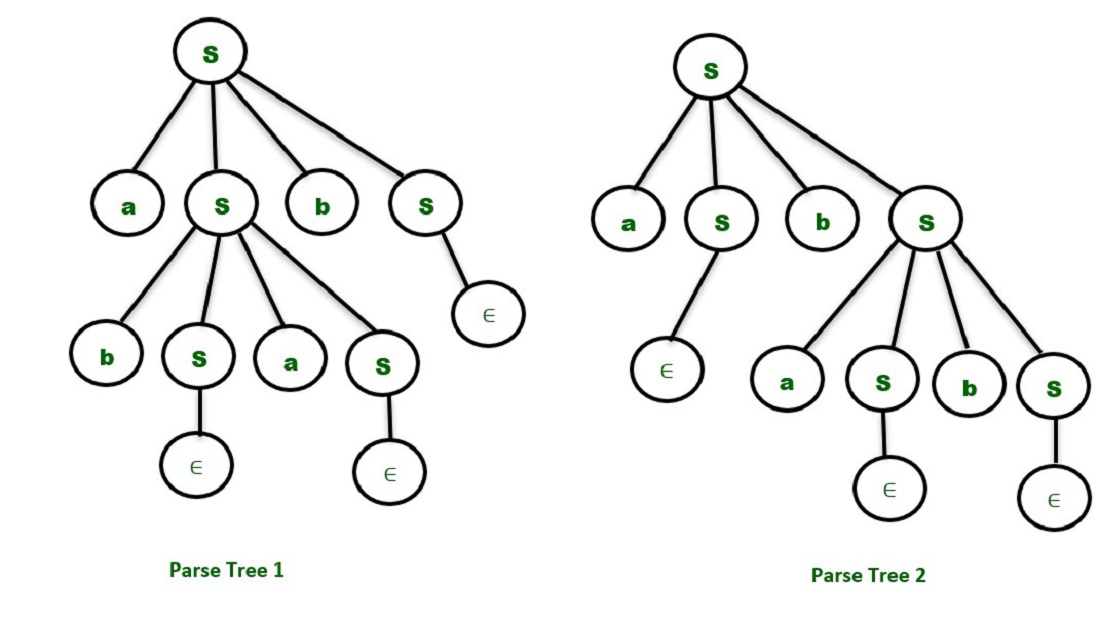 The grammars which have only one derivation tree or parse tree are called unambiguous grammars.

2. Consider the productions shown below –

For the string “aab” we have only one Parse Tree for the above grammar as shown below. 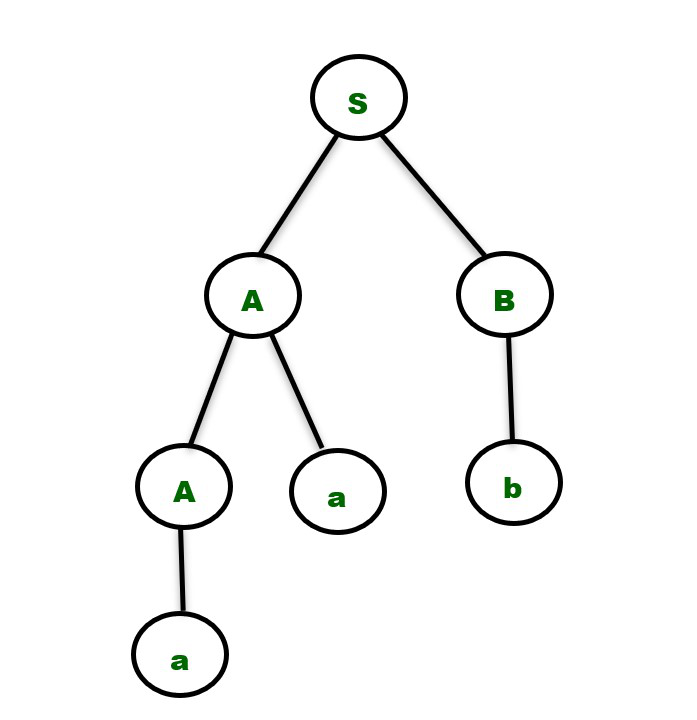 Note – The string has to be chosen carefully because there may be some strings available in the language produced by the unambiguous grammar which has only one parse tree.

Removal of Ambiguity :
We can remove ambiguity solely on the basis of the following two properties –

1. Precedence –
If different operators are used, we will consider the precedence of the operators. The three important characteristics are :

2. Associativity –
If the same precedence operators are in production, then we will have to consider the associativity.

Say, we want to derive the string id-id-id. Let’s consider a single value of id=3 to get more insights. The result should be :

3-3-3 =-3
Since the same priority operators, we need to consider associativity which is left to right.

Parse Tree – The parse tree which grows on the left side of the root will be the correct parse tree in order to make the grammar unambiguous. 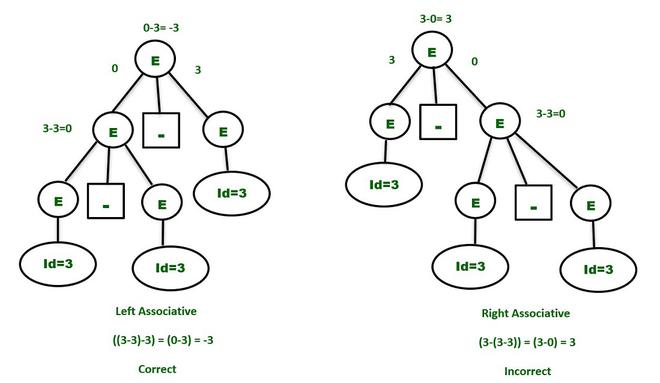 So, to make the above grammar unambiguous, simply make the grammar Left Recursive by replacing the left most non-terminal E in the right side of the production with another random variable, say P. The grammar becomes :

Similarly, the unambiguous grammar for the expression : 2^3^2 will be –

Example 2 – Consider the grammar shown below, which has two different operators :

Clearly, the above grammar is ambiguous as we can draw two parse trees for the string “id+id*id” as shown below. Consider the expression : 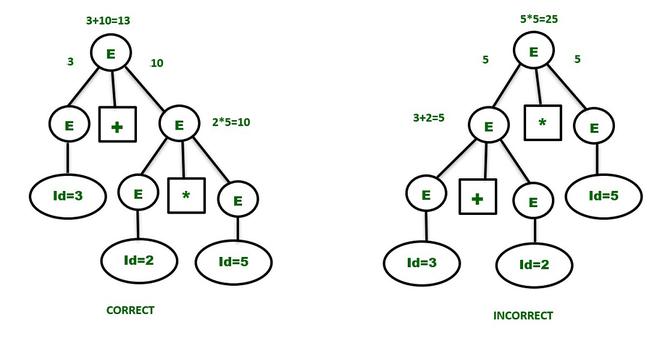 The “+” having the least priority has to be at the upper level and has to wait for the result produced by the “*” operator which is at the lower level. So, the first parse tree is the correct one and gives the same result as expected.

E is used for doing addition operations and P is used to perform multiplication operations. They are independent and will maintain the precedence order in the parse tree.
The parse tree for the string ” id+id*id+id ” will be – 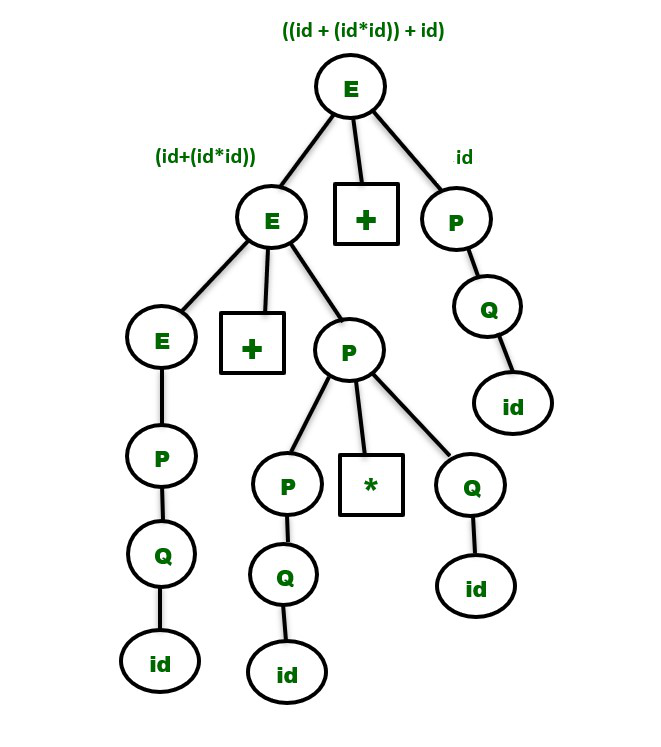 This is the reason we wrote the production E -> P and P -> Q and Q -> id after replacing them in the above example, because the language contains the strings { id, id+id } as well.
Similarly, the unambiguous grammar for an expression having the operators -,*,^ is :

Full Stack Development with React and Node JS - Live Classes
View Details
Most popular in Compiler Design
Most visited in GATE CS
We use cookies to ensure you have the best browsing experience on our website. By using our site, you acknowledge that you have read and understood our Cookie Policy & Privacy Policy