If you glance out the window of a moving train, you will see that another train that is stationary looks to be going backward. What makes a motionless train appear to move? Behind it is a crucial idea called relative motion, which will help us comprehend why things appear to move differently in different frames.

Motion in a Straight line: Also termed as linear motion, motion in a straight line refers to the displacement of an object with respect to time while the object moves along a straight path. It is a uni-dimensional motion and can be well expressed using the X-axis coordinate system alone. For instance, The car moving along the same path as shown below:

Relative motion can be termed as the motion of an object with respect to some other object either at rest or in motion, that is, either moving or stationary object. The motion of the object is not calculated in reference to the surface of the earth.

The assumption while computing relative motion is the understanding that the other object is in a static state. Relative motion encompasses all aspects of motion, that is, velocity, speed, or acceleration.

The relative velocity of the body comes into consideration when the other object moves either in the same or opposite direction. The speeds of the involved objects may be increasing, decreasing, or constant with reference to each other.

Let us assume the initial position of two objects A and B are both at origin, at points xA (0) and xB (0) respectively. The corresponding positions of these objects at time instance t will be equivalent to,

Displacement from object A to B is given by,

The velocity of B relative to A is given by,

The velocity of A relative to B is given by, 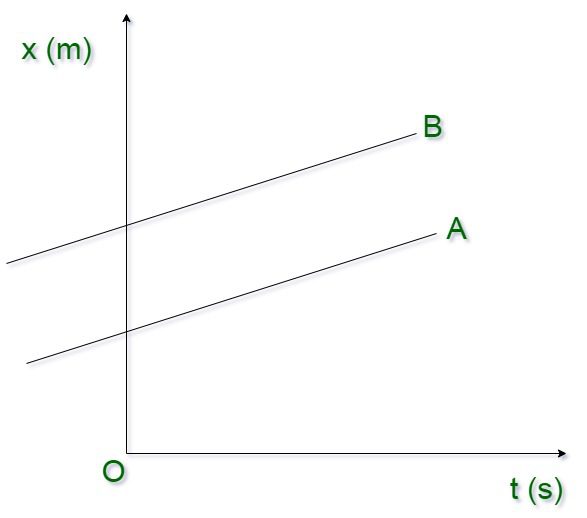 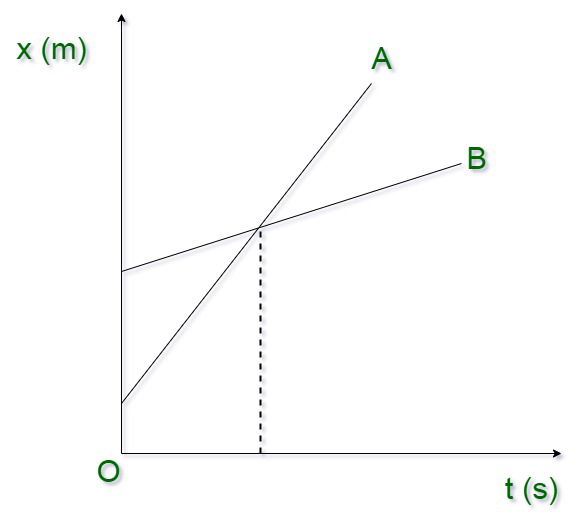 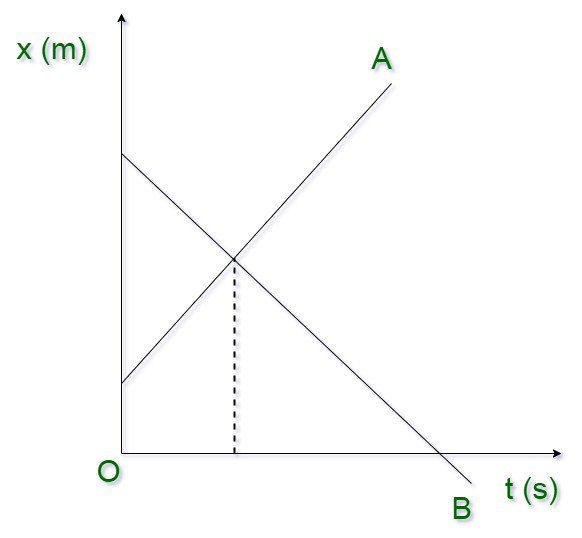 For instance, in consideration of the movement of the objects, then the surface of the earth is assumed to be the frame of reference and all the motion is considered with reference to this static point. The objects may be either in the same or opposite direction. Relative motion can be considered either along a straight line or in a plane, in multiple dimensions.

The velocity of an object can be considered in either of the two directions, same or opposite.  The following cases may arise :

If the object and the person are moving in the same direction, for instance, a train and a person with the surface of Earth as the reference frame. The velocity of the train with respect to the Earth can be written as:

This speed can be considered to be positive.

If the object and the person are moving in the same direction, for instance, a train and a person moving backward towards the station with the surface of Earth as the reference frame. The velocity of a train with respect to the Earth can be written as;

This speed can be considered to be negative.

The summation of the velocity vectors can be computed to find the velocity of the person with respect to Earth. The relative velocity is given by,

The ordering of subscripts can be arranged to suit the requirements. During the construction of the vector equation, the subscripts for the coupling reference frame appear consecutively towards the inner reference frame.

Let us consider two objects, P and Q, each of them traveling with uniform velocities, v1 and v2 respectively. The movement of the objects is considered to be parallel to each other in the same direction. The starting time instance was 0, at the origin. Let us assume their displacements from the origin X01 and X02 at some other time instance.

At time ‘t’: The displacements become x1 and x2 with respect to the origin with the position axis, the position of object P at a particular time instance becomes:

We have, x01 and x02 are the initial displacements of the object Q with respect to the object P at the time instance ‘t = 0’, therefore the equation gets reduced to:

On substituting the value of equation (4) in (3), we obtain:

If we equate the equations, (x2 – x1) is the relative displacement of the object Q in reference to the positional coordinates of the object P, at the time instance of t seconds. Using this, we obtain,

Thus, we obtain that the velocity is the rate of change of displacement.

Using (7) , deriving for the relative velocity of the object Q with respect to the object P , while moving in the same direction.

Using (7), deriving for the relative velocity of the object Q with respect to the object P, while moving in the opposite direction.

The dimension of relative velocity is the same as that of the velocity, which is given by [M0L1T-1].

Problem 1: Athletes are participating in a relay race on the track, running with respective velocities of

Now, if she moves in the opposite direction, then the equation will be:

Problem 2: Consider a satellite moving along the equatorial plane with a velocity of s m/s. Find the relative velocity of the corresponding satellite with respect to the reference point to be the surface of the earth?

Consider the satellite to be moving in the direction of the rotation of the earth on its axis, therefore, the velocity becomes:

Problem 4: The two trains move with different velocities, t1 with 10 m/s and t2 with 15 m/s on parallel tracks in reference to each other. Compute the relative velocity of train t1 with respect to t2.

Problem 5: Cart A is moving with a velocity of 40 ms-1 from North to South along one track, while cart B is moving in an opposite direction to the previous card with a speed of 30 ms-1 from South to North. Calculate the relative velocities of both the carts with each other.

Let us consider the direction from North to South to be positive.

Therefore, cart B appears to move from South to North with a speed of 70 ms-1 for any person sitting in cart A.

(ii) Velocity of the ground, vB = 0, since it is a stationary object.

Therefore, the ground appears to move from the south to north direction with a speed of 40 ms-1 w.r.t. cart A.

Previous
What is a Motion?
Next
How to Add a Hyperlink in MS Word?
Related Articles
1. Relative Motion in One Dimension
2. Relative Motion in Two Dimension
3. Difference between Rectilinear motion and Linear motion
4. Relative Density
5. Relative Velocity Formula
6. Dynamics of Circular Motion
7. Motion Along a Rough Inclined Plane
8. Some Systems executing Simple Harmonic Motion
9. Uniformly Accelerated Motion
10. What is a Motion?
Article Contributed By :