Redux and The Flux Architecture

Flux Architecture:
Flux is AN architecture that Facebook uses internally when operating with React.
It is not a framework or a library.
It is merely a replacement quite an architecture that enhances React and also the idea of unidirectional data flow.

Now, if you make changes to one of the components then one of the other components may need re-rendering but if they don’t share a common main component then passing of information between them can be difficult.
This is where we need an MVC (Model, View, Controller) model for the application. 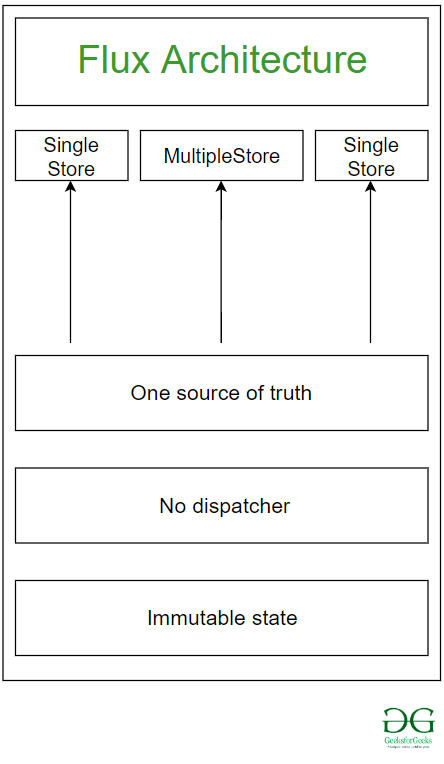 MVC faced certain issues due to which it couldn’t manage the application the way we wanted it to. That’s where a new approach called Flux architecture originated from the MVC model was designed. This approach was basically designed to organize your code in a simpler web. The problems that with MVC encountered was the fact that the updates, lead to a cascading flow of updates within the models, and this becomes a tangled web, which makes the application really complex.
The flux architecture, however, provides a unidirectional flow where a central unit for the entire application is called the store. In Flux architecture, you can have multiple stores. A store basically acts as a storehouse for the application state. So, you can only modify the state of your application by requesting the store.
The dispatcher becomes a controlling unit for serializing any actions that are requested for changing the store. The store can be subscribed by views, be it React views or controller views.

The storehouse of the state is the main component that will get its state from the store of the flux architecture. Now whenever a change is made, the controller views go back are able to get the updated state.
And this, in turn, might result in re-rendering of some parts of your views or some parts of your components within your application. So, this is what is meant by the unidirectional flow of data which forms the basis for the Flux architecture. 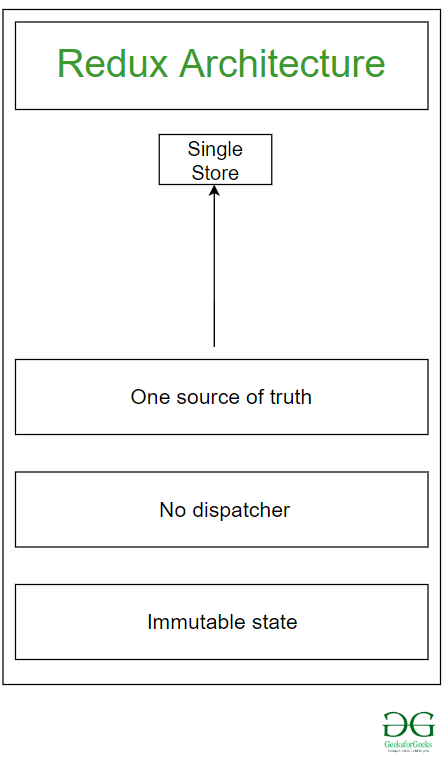 Redux is a predictable state container for JavaScript applications. Redux derives its ideas form the Flux architecture. It is basically a flux-like approach to React applications.
Redux doesn’t necessarily have to be used with React only, you can use it for AngularJS or JS too. But Redux works really well with React. Redux basically provides a way for managing the store, unidirectional flow of data and much more.
Flux architecture has multiple stores that are coordinated together by the dispatcher and when there is a change all the stores need to update themselves. But in Redux we have a single store. A single store that handles the entire application. Any changes to the store are done through actions.

Redux gets integrated together with React using a model called react-redux. Now for this integration, we use the react-redux package. But here we will be covering only Redux. So as a first step, you need to install redux into your React application:

Previous
Introduction to React-Redux
Next
Bootstrap Grid System
Related Articles
1. What are the differences between Redux and Flux in ReactJS ?
2. Redux Toolkit Better way to write Redux code in ReactJS
3. JavaScript Architecture Flux Components
4. Difference between Flux and MVC
5. Introduction to Redux (Action, Reducers and Store)
6. What is Redux Toolkit and why it is more preferred?
7. What's the difference between useContext and Redux ?
8. Introduction to React-Redux
9. Explain Action’s in Redux
10. What's the typical flow of data like in a React with Redux app ?
Article Contributed By :