Redundancy and Correlation in Data Mining

What is Data Redundancy ?

During data integration in data mining, various data stores are used. This can lead to the problem of redundancy in data. An attribute (column or feature of data set) is called redundant if it can be derived from any other attribute or set of attributes. Inconsistencies in attribute or dimension naming can also lead to the redundancies in data set. 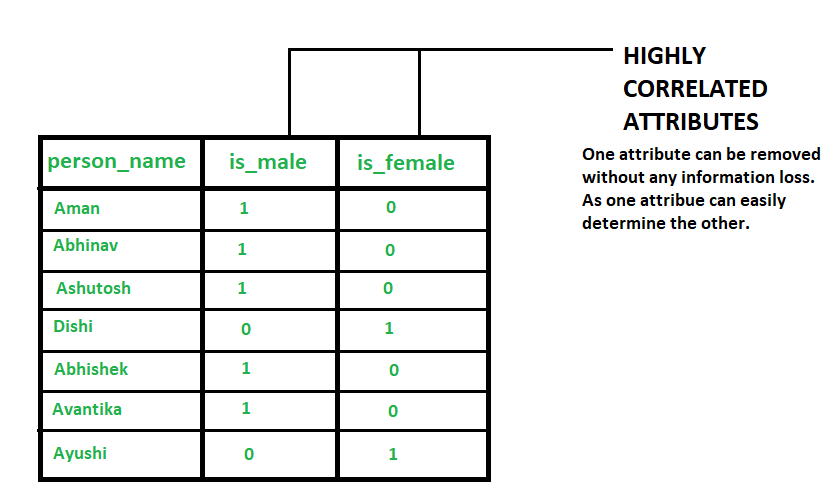 On analysing the fact that if a person is not male (i.e is_male is 0 corresponding the person_name) then, the person is surely a female (since there are only two value in output class- male and female). It implies that the two attributes are highly correlated and one attribute can determine the other. Hence, one of these attributes became redundant. So one of these two attributes can be dropped without any information loss.

χ2 Test for Nominal Data –
This test is performed over nominal data.Let there are two attributes A and B in a data set.A contingency table is made for representing data tuples.
The formula used for this test is:

This test is used for numeric data.In this case the correlation between attributes(say A and B) is computed by Pearson’s product moment coefficient also known as correlation coefficient
Formula used is:

Where n is the number of tuples, ai, bi are the respective values of A and B in tuple i.