Footprinting and Reconnaissance are the significant phases in the process of Penetration Testing and Bug Hunting. For making a strong methodology of testing, you need to collect essential information about the target domain. Recsech tool is an automated script designed in the PHP language which assists testers in various phases like Footprinting, Reconnaissance, Scanning on the target web. Recsech collects DNS Information, Sub Domains, Honey Spot Detected, Subdomain takeovers, Reconnaissance on GitHub, and much more you can see in Features in tools. This tool contains almost every critical information needed for setting up a hacker’s methodology.

Note: Make Sure You have PHP Installed on your System, as this is a PHP-based tool.

Step 1: Check whether PHP Environment is Established or not, use the following command. 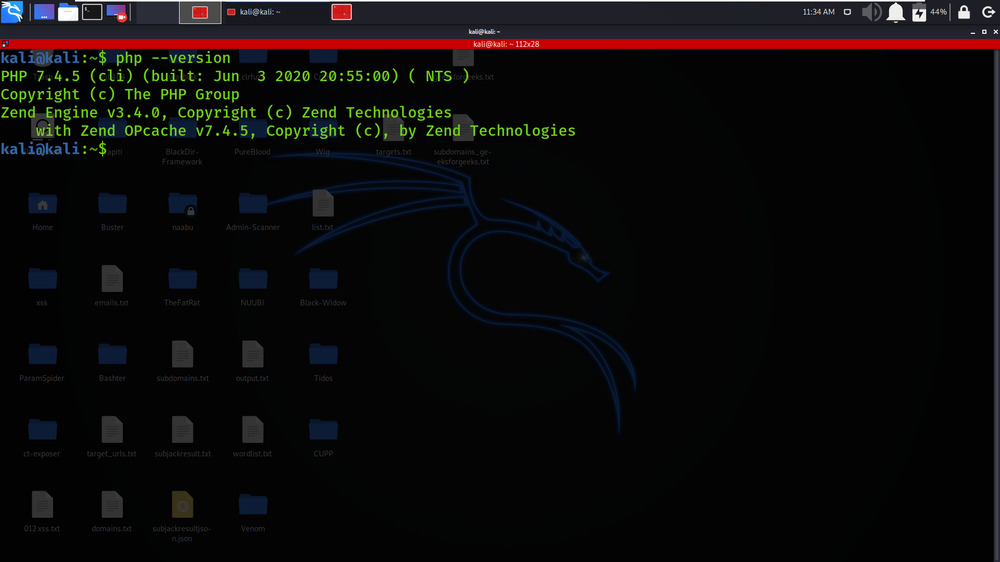 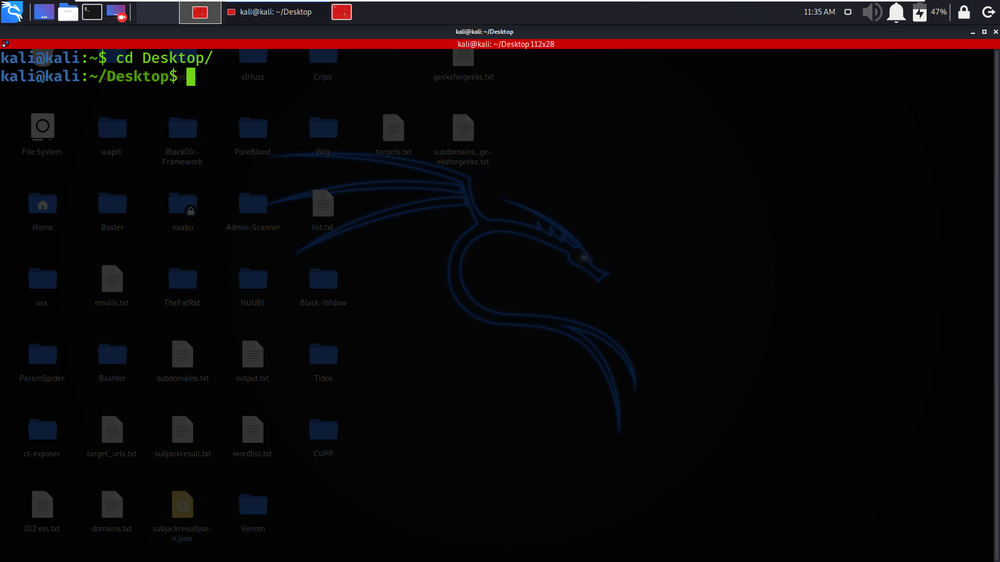 Step 3: You are on Desktop now create a new directory called Recsech using the following command. In this directory, we will complete the installation of the Recsech tool. 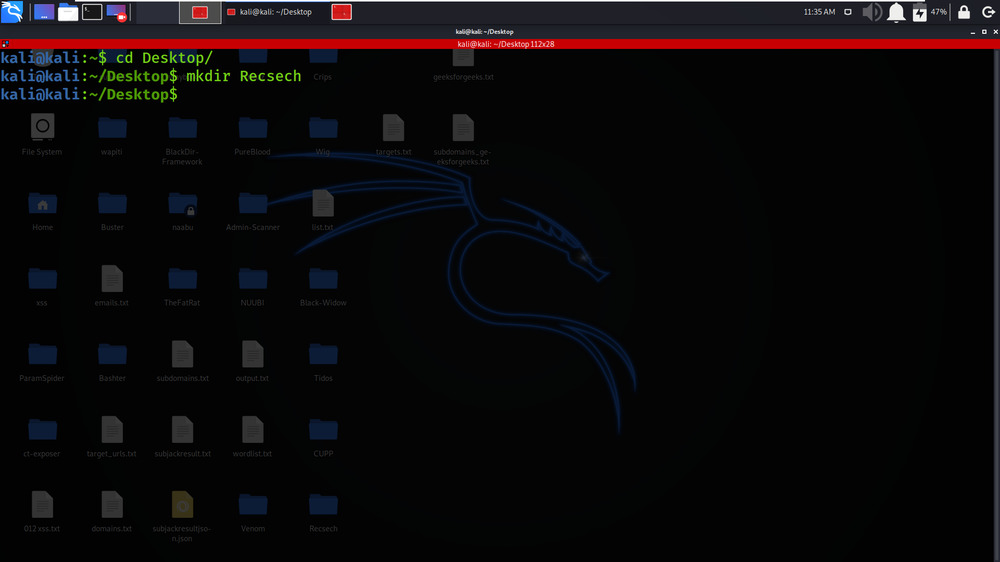 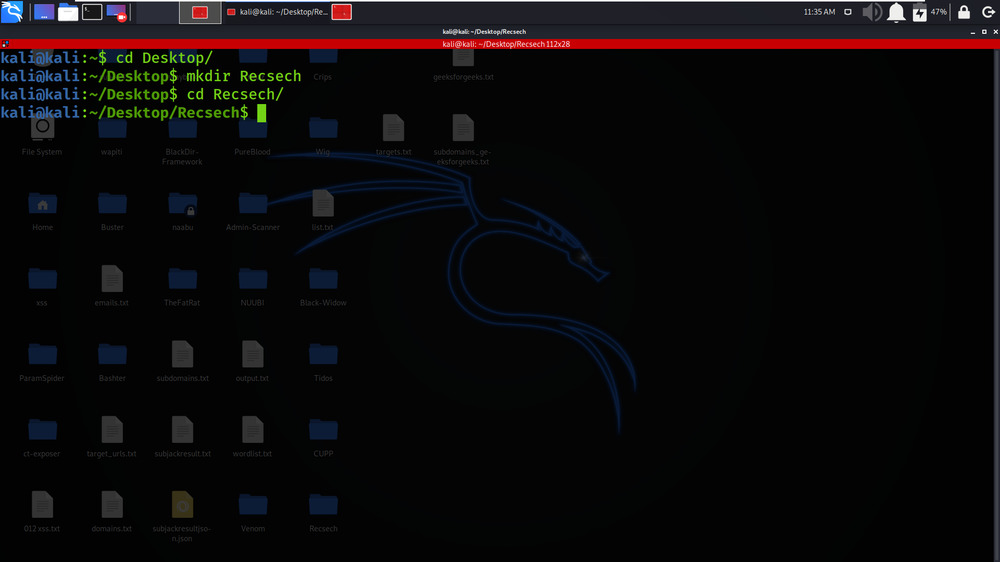 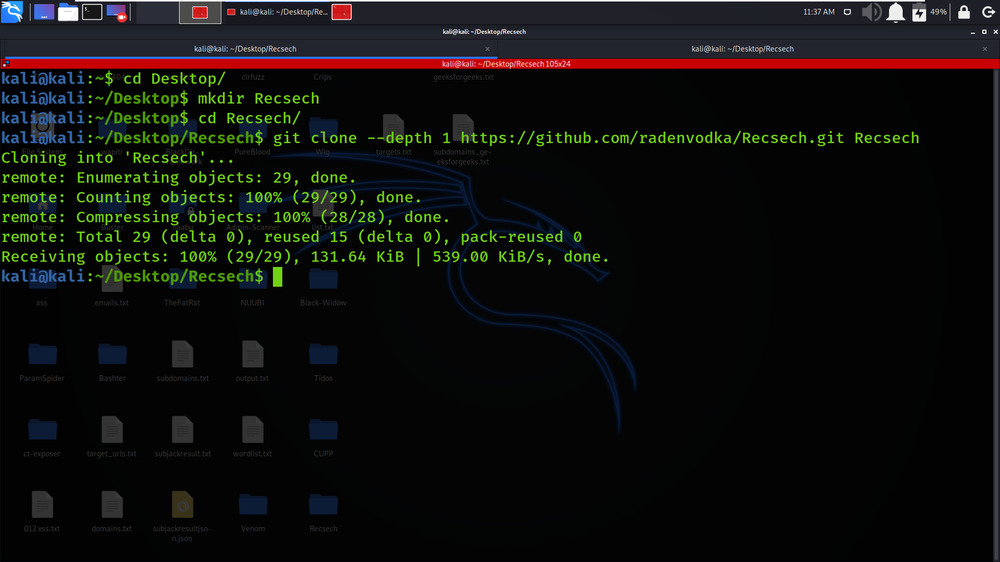 Step 6: The tool has been downloaded successfully in the Recsech directory. Now list out the contents of the tool by using the below command. 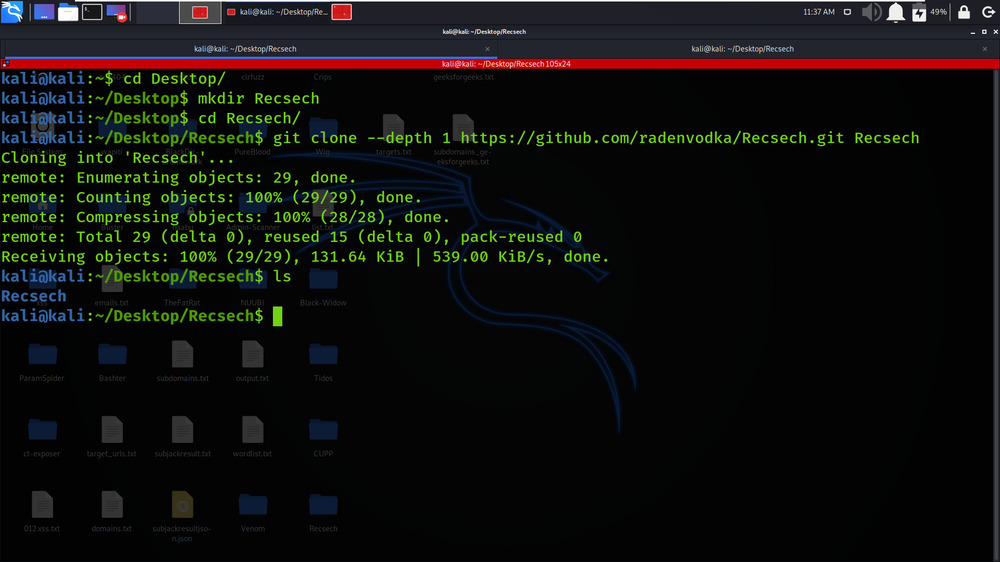 Step 7: You can observe that there is a new directory created of the Recsech tool that has been generated while we were installing the tool. Now move to that directory using the below command: 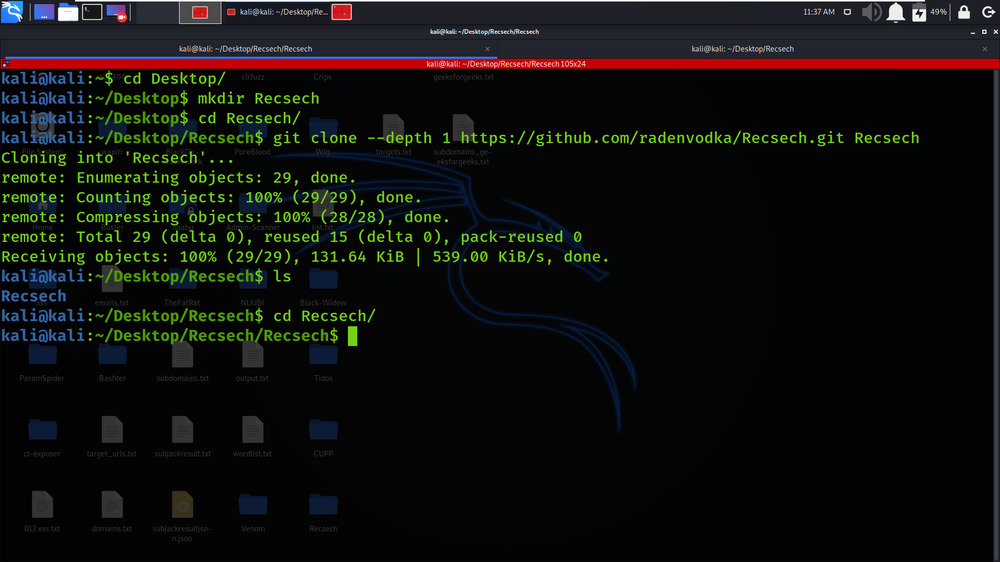 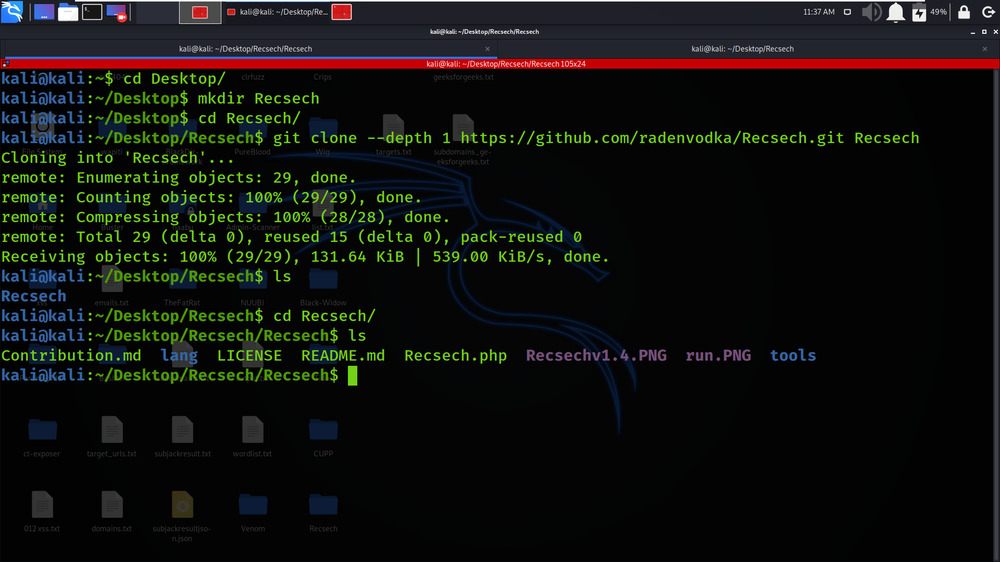 Step 9: Give the access rights or permissions to Recsech.php file, use the following command. 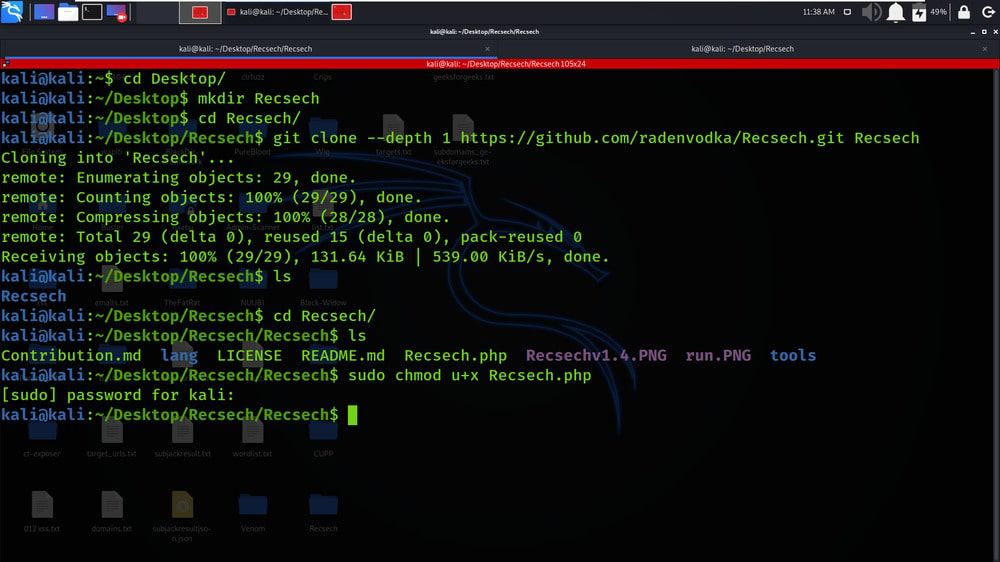 Step 10: Run the Recsech.php file to check whether the tool is successfully configured or not. 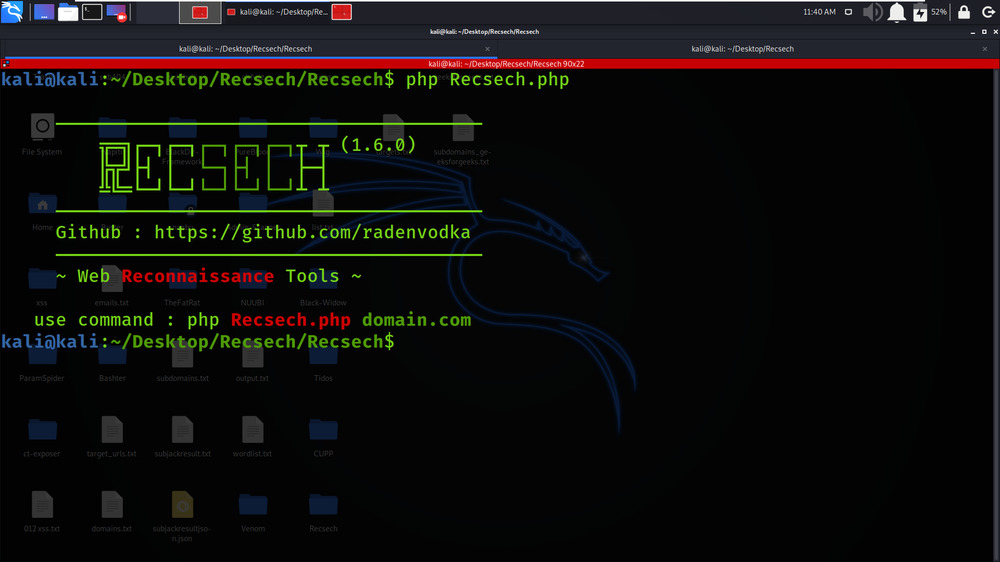 2. In the below Screenshot, We have got the subdomains associated with the target domain geeksforgeeks.org 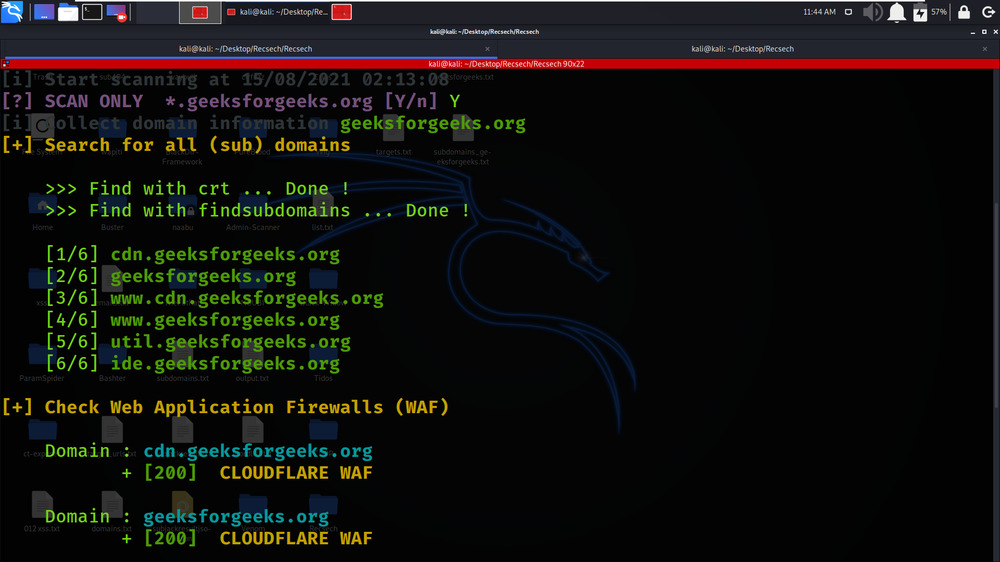 3. In the below Screenshot, We have got the list of available protection firewalls on the domain and subdomains of geeksforgeeks.org 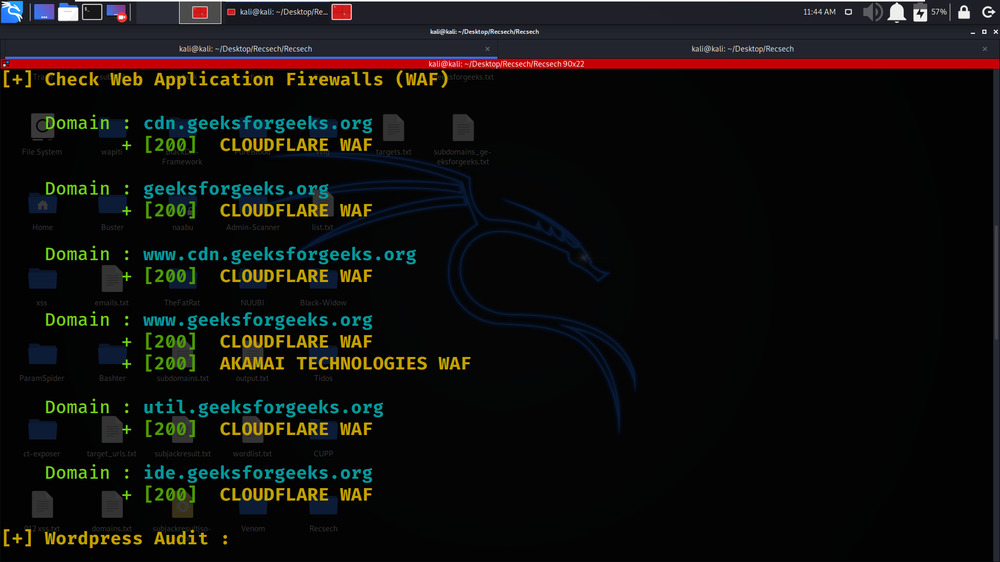 4. In the below Screenshot, Tool has performed a WordPress CMS audit which has return some possible vulnerabilities that can be triggered in the subdomain (geeksforgeeks.org). 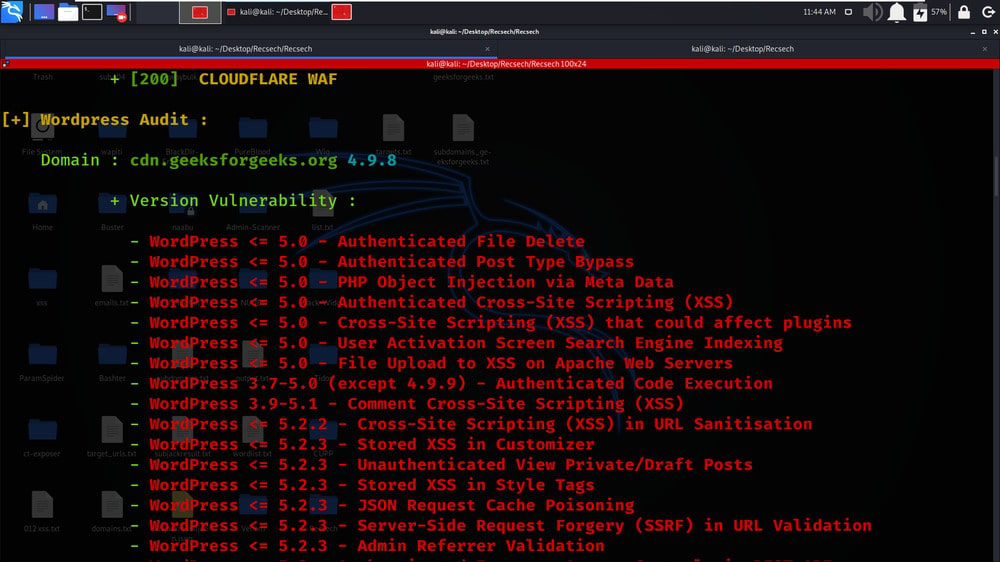 5. In the below Screenshot, Tool has performed a WordPress CMS audit which has return some possible vulnerabilities that can be triggered in the main domain (geeksforgeeks.org). 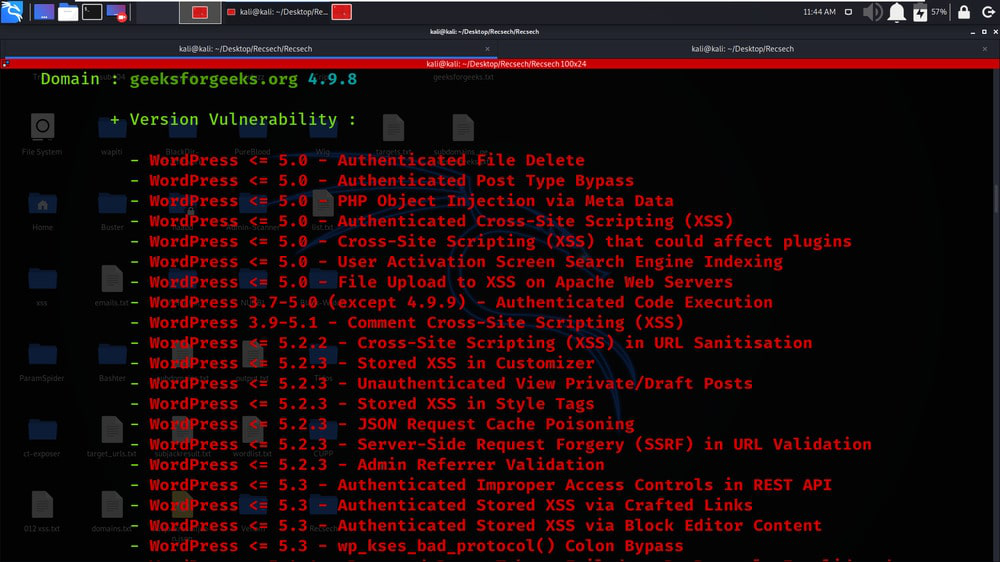 6. In the below Screenshot, We have got the information about the HTTP Headers used for Securing Websites from various Cyber Attacks. 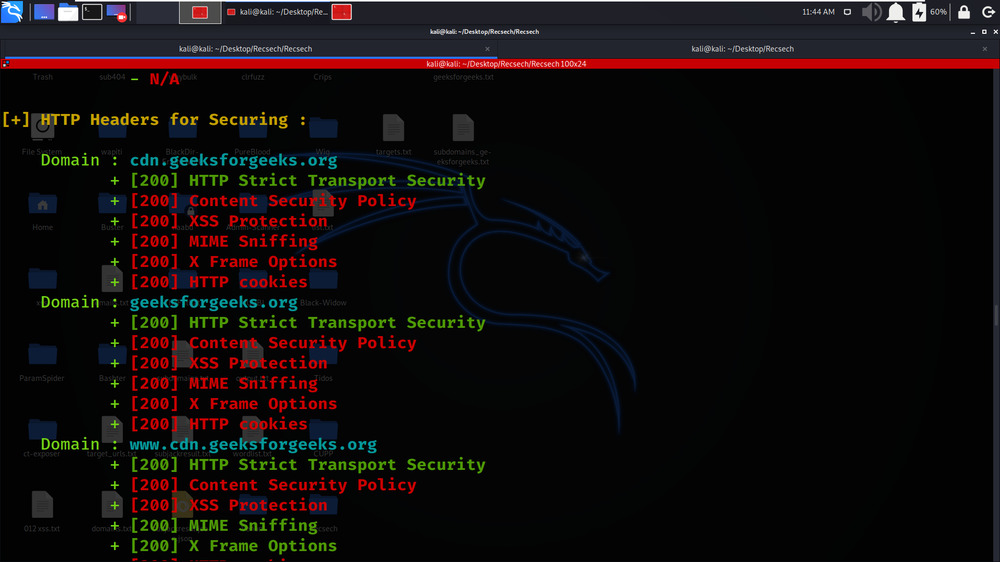 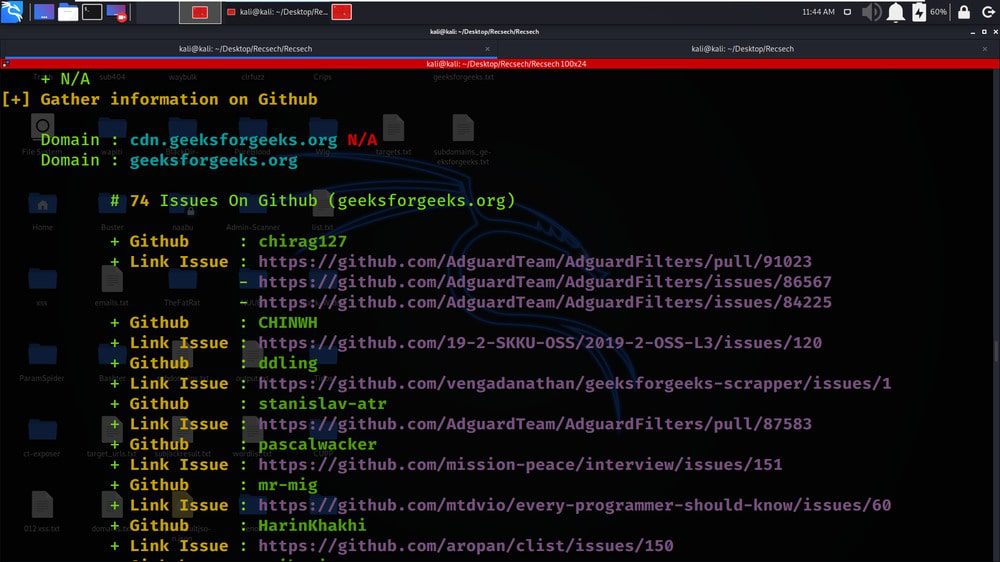 8. In the below Screenshot, We have got information on Honeypot, the IP address of Domains and Subdomains, and the Ports open on the Domain and Subdomain. 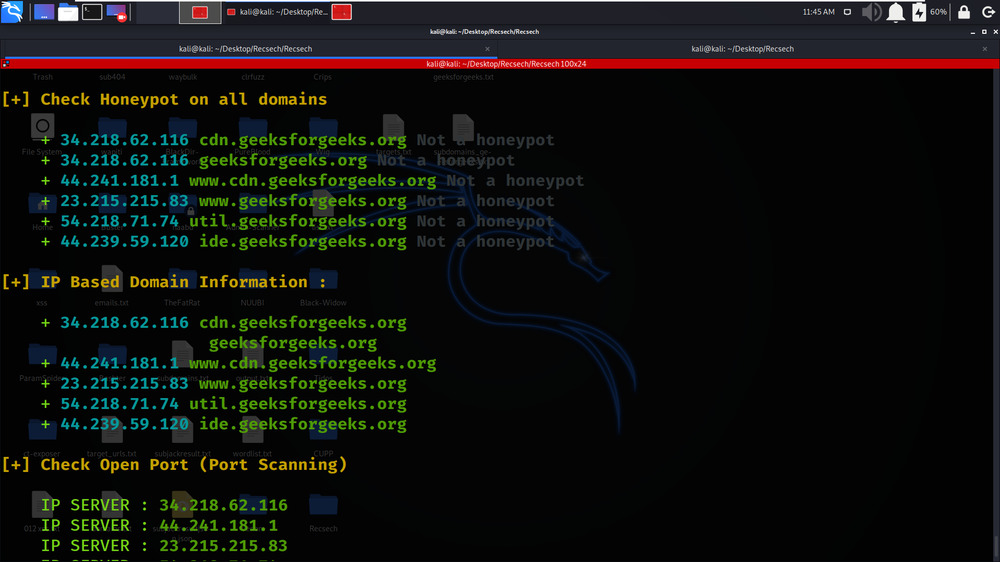 9. In the below Screenshot, We have got the associated email addresses which are directly linked to geeksforgeeks.org and the tool has also checked for Subdomain Takeover vulnerability. 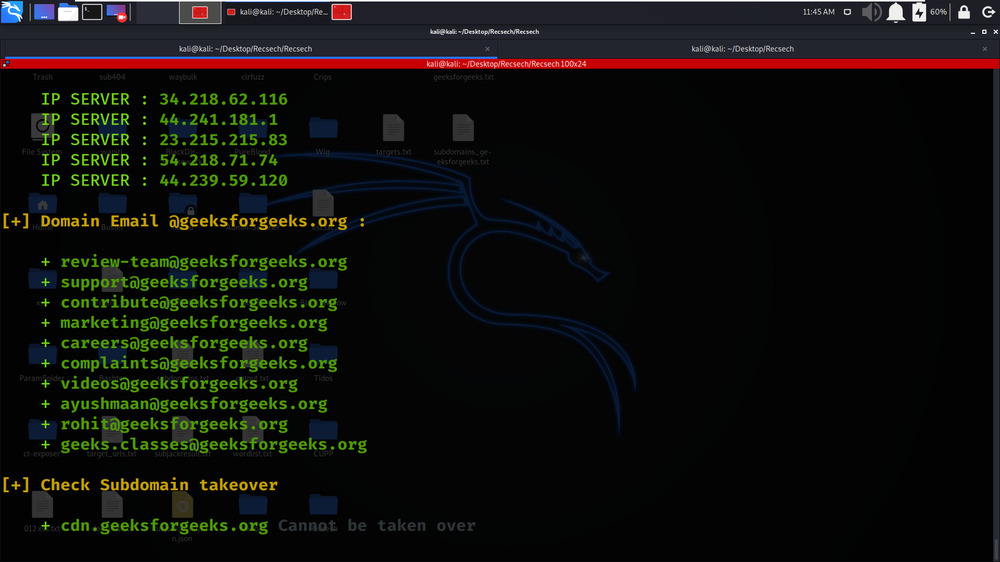