The smart way of hunting the bug in Bug Bounty is to automate the task for faster results from other hunters. There are various tools and methods from which faster results can be retrieved. Reconky tool is a Content Discovery tool used in the process of Bug Hunting which actually automates lots of tasks. Reconky tool gathers the subdomain list, also searches for alive domains using Httprobe, scans for open ports using Nmap, and many more. Reconky tool is developed in the Bash Script, it’s available on the GitHub platform. As it’s available on GitHub, it’s free and open-source to use. 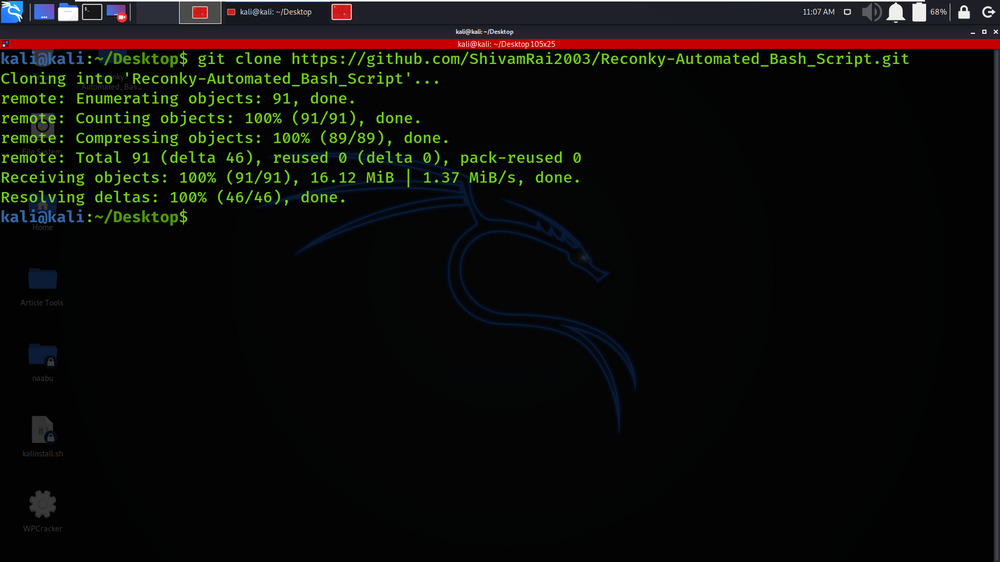 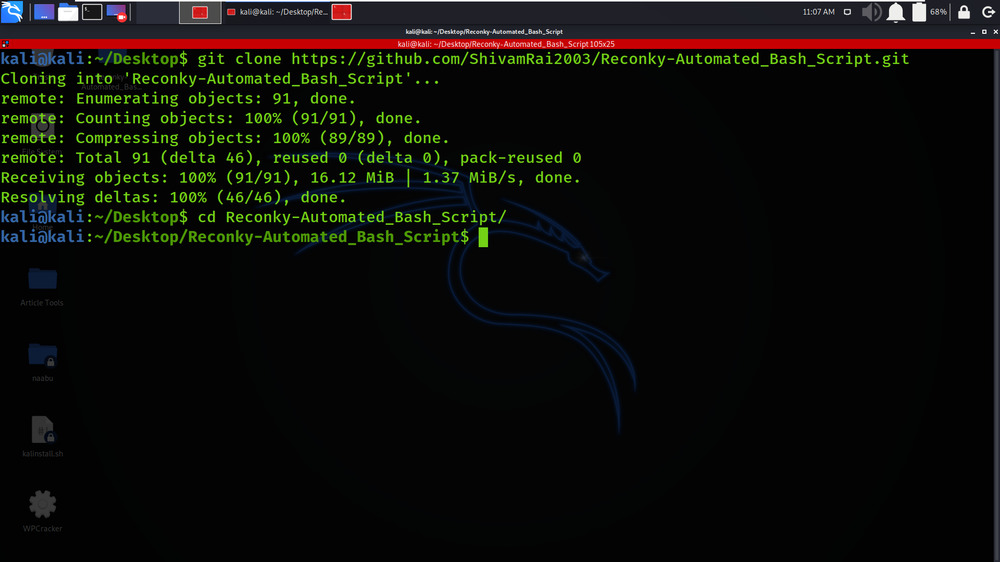 Step 3: Change the permissions of the reconky.sh file and install.sh by using the following command. 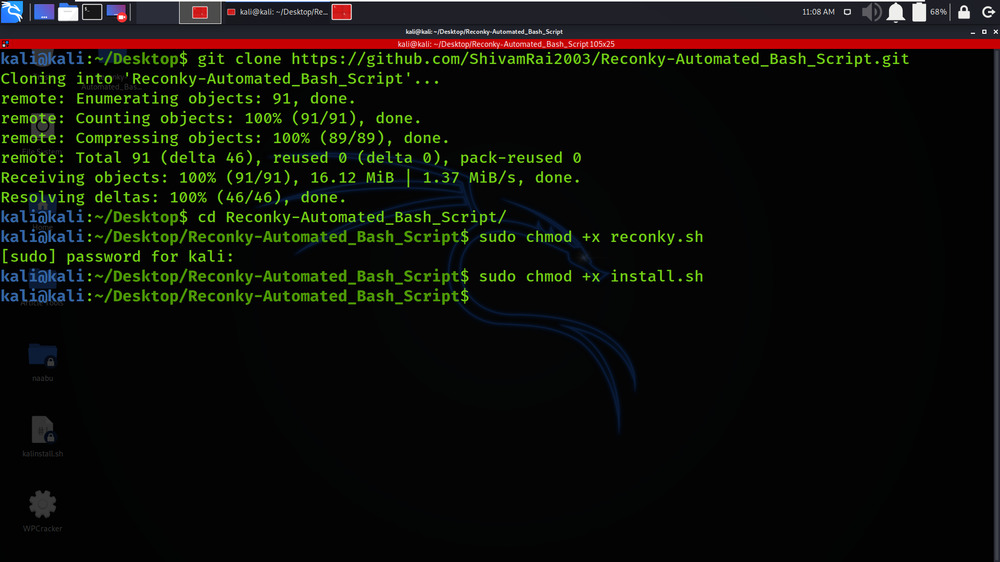 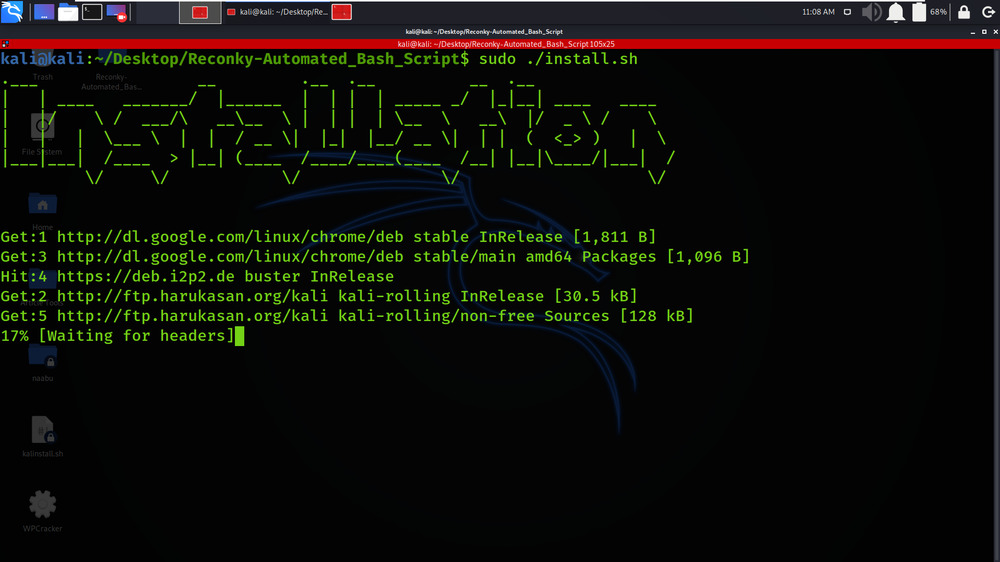 Step 5: Run the below command to verify the installation. 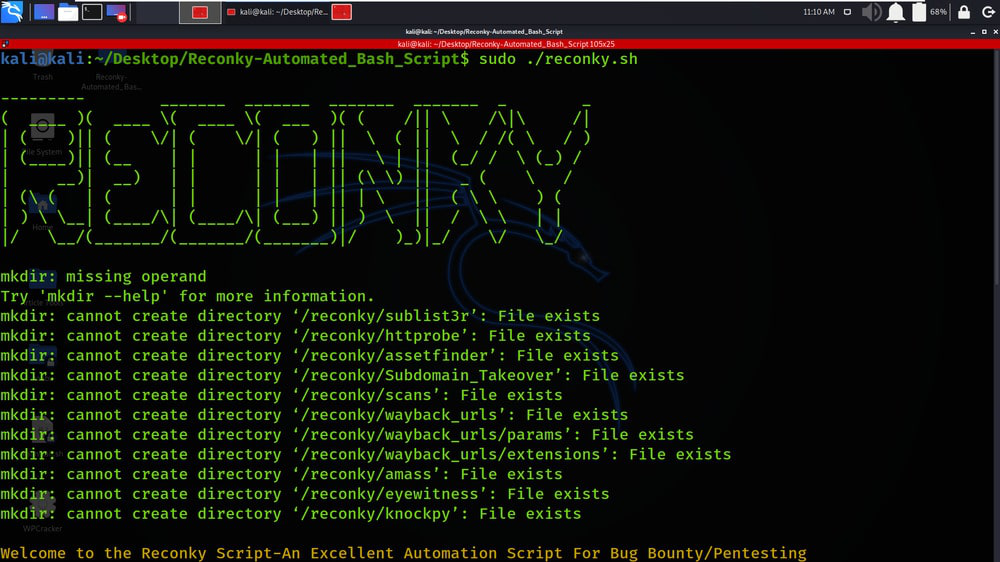 In this example, we are performing Information Gathering on the target domain geeksforgeeks.org. 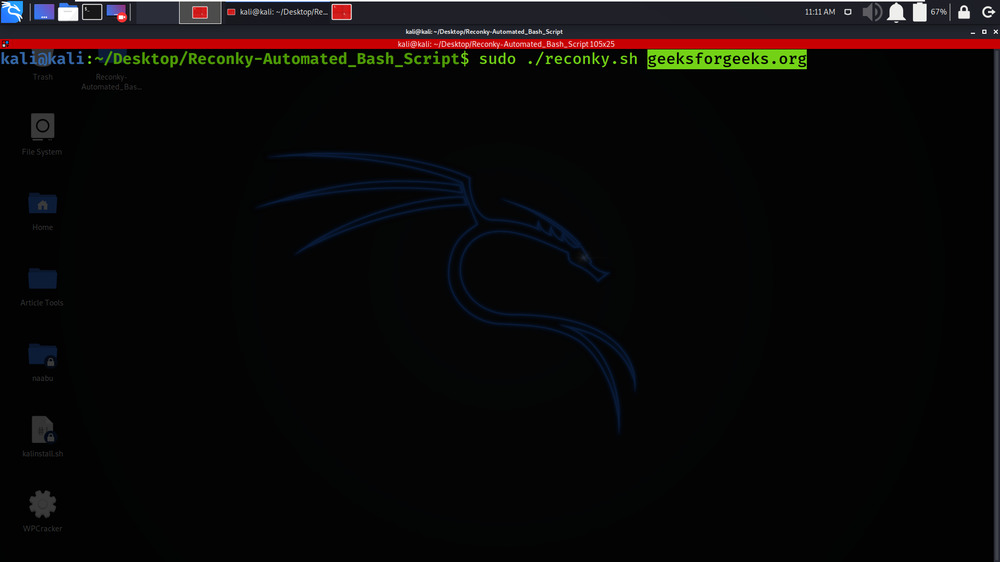 The tool is trying to collect the subdomains from various platforms. 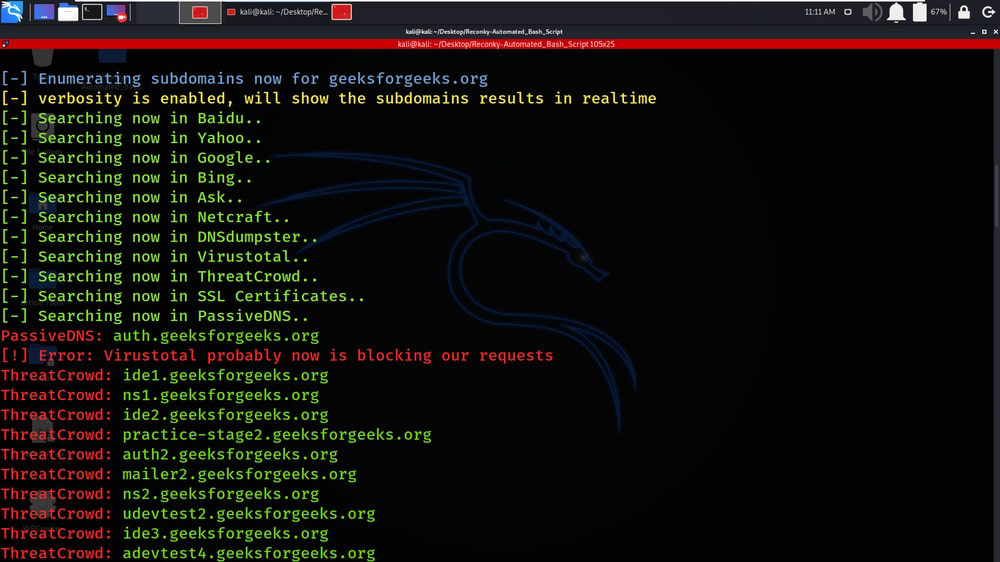 All the subdomains detected are stored in the text file format. 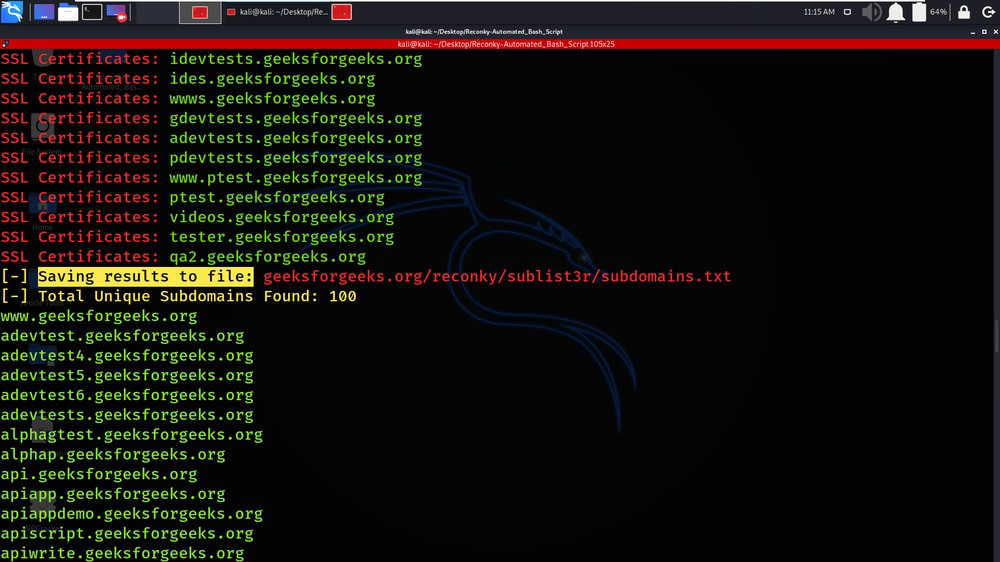 All the scan results are store in their respective directories for further usage. 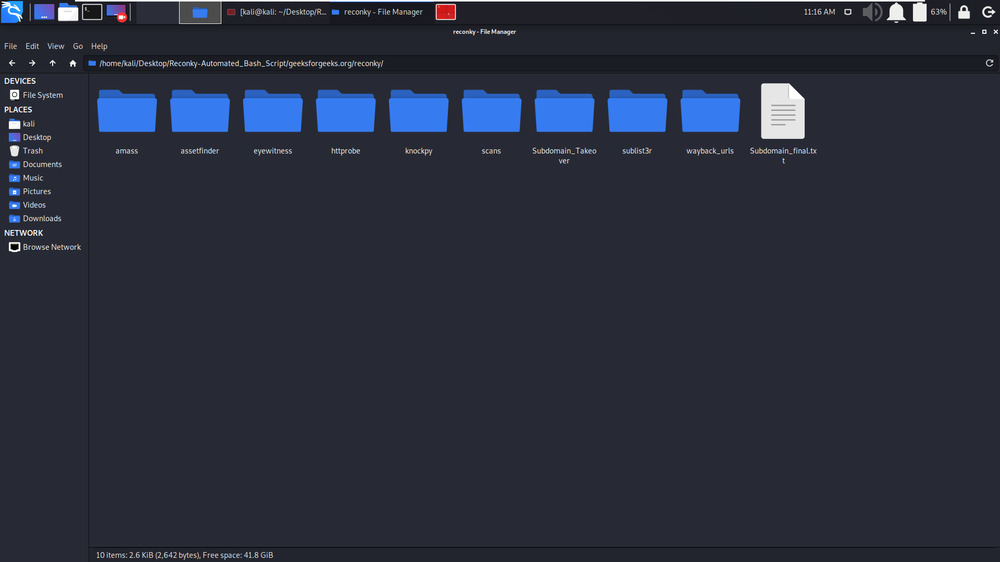