A protocol is designed to handle real-time traffic (like audio and video) of the Internet, is known as Real Time Transport Protocol (RTP). RTP must be used with UDP. It does not have any delivery mechanism like multicasting or port numbers. RTP supports different formats of files like MPEG and MJPEG. It is very sensitive to packet delays and less sensitive to packet loss.

History of RTP :
This protocol is developed by Internet Engineering Task Force (IETF) of four members:

RTP Header Format :
The diagram of header format of RTP packet is shown below: 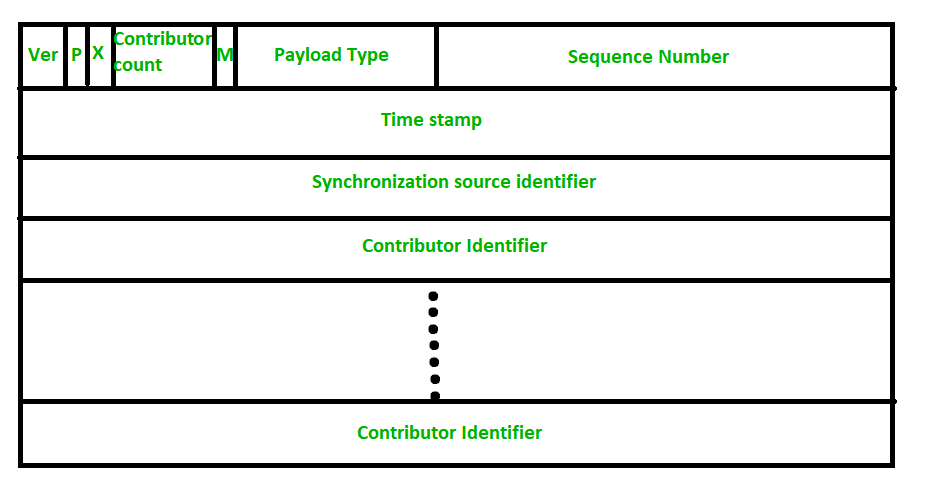 The header format of RTP is very simple and it covers all real-time applications. The explanation of each field of header format is given below: