Filename App.js: Now, in order to render a simple React Element to the root node, we must write the following in the App.js file. 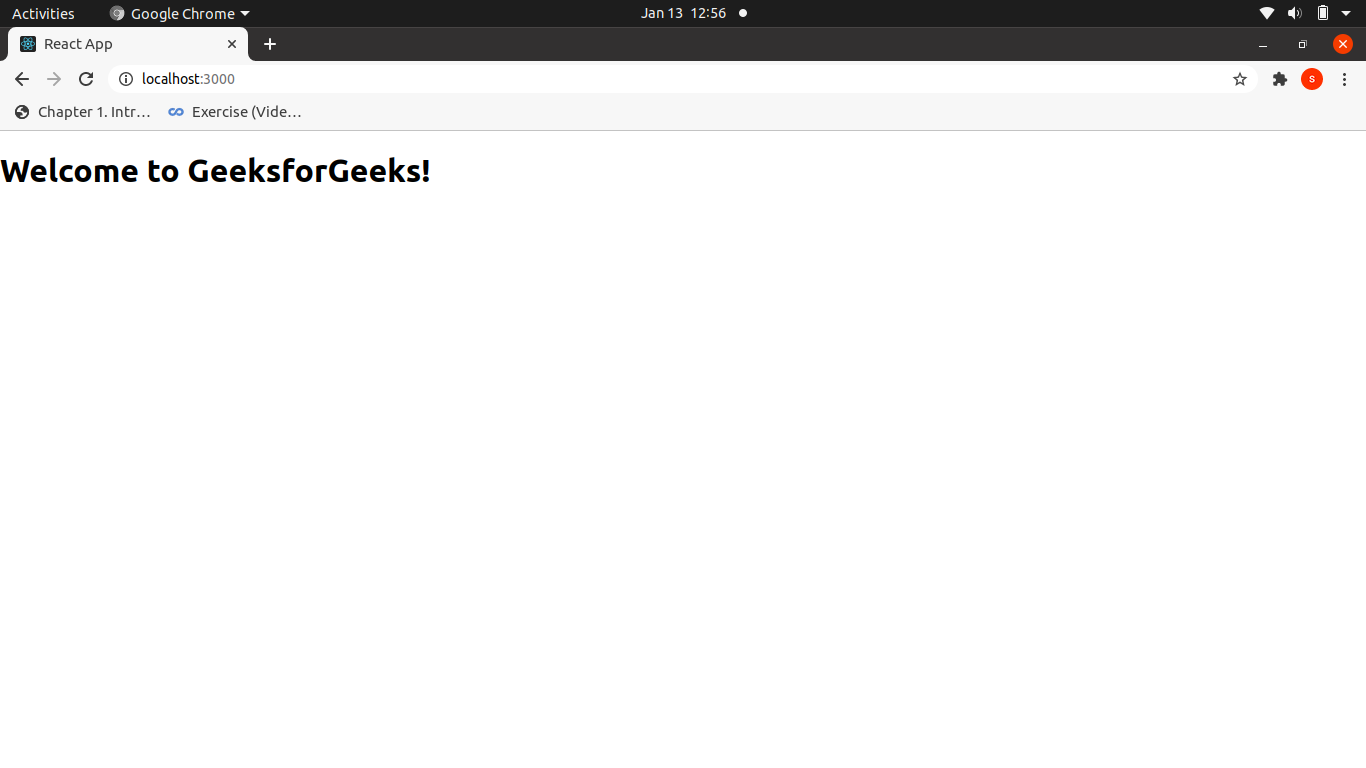 Now, you have created your first ever React Element and also have rendered it in place, but React was not developed to create static pages, the intention of using React is to create a more logical and active webpage. In order to do so, we will need to update the elements. This next section will guide us through the same.
Updating an Element in React: React Elements are immutable i.e. once an element is created it is impossible to update its children or attribute. Thus, in order to update an element, we must use the render() method several times to update the value over time. Let’s see this in an example.

In the above example, we have created a function showTime() that displays the current time, and we have set an interval of 1000ms or 1 sec that recalls the function each second thus updating the time in each call. For simplicity, we have only shown the timespan of one second in the given image.

React Render Efficiency: React is chosen over the legacy of DOM update because of its increased efficiency. React achieves this efficiency by using the virtual DOM and efficient differentiating algorithm. In the example of displaying the current time, at each second we call the render method, and the virtual DOM gets updated and then the differentiator checks for the particular differences in Browser DOM and the Virtual DOM and then updates only what is required such as in the given example the time is the only thing that is getting changed each time not the title “Welcome to GeeksforGeeks!” thus React only updates the time itself making it much more efficient than conventional DOM manipulation.