ReactJS Onsen-UI is a popular front-end library with a set of React components that are designed to developing HTML5 hybrid and mobile web apps in a beautiful and efficient way. ActionSheet Component allows the user to display a list of options and asking the user to make a decision. We can use the following approach in ReactJS to use the Onsen-UI ActionSheet Component. 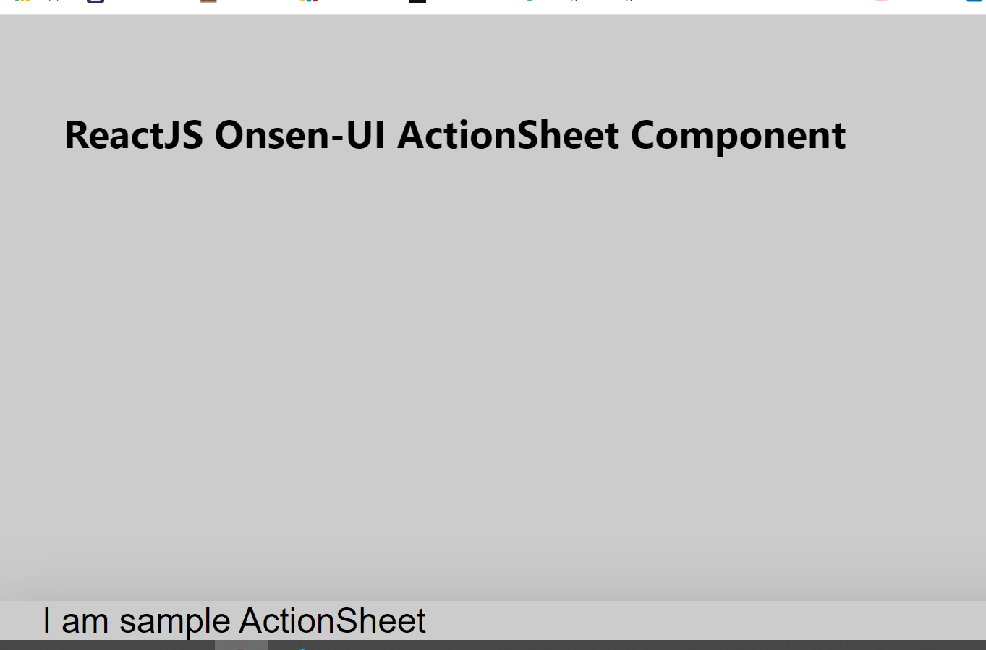