Material-UI is a user interface framework that provides pre-defined and customizable React components for faster and easy web development. The Material-UI components are based on top of Material Design by Google. In this article let’s discuss the Display API in the Material-UI library.

MUI Display: The Display API provided by MUI allows us to control the visibility of the DOM elements on a need basis. 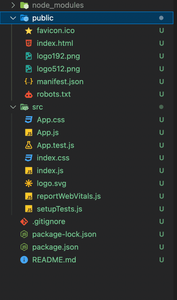 Example 1: In this example, we will try to create a simple application that 2 DOM elements, one having display style as inline, and the other as block.

Now write down the following code in the App.js file. Here, App is our default component where we have written our code: