rdiff-backup Command in Linux with Examples

rdiff-backup is a command in Linux that is used to backup files over server or local machine and even has a feature of incremental backup which means it only contains those files that have been modified or changed. Its source code is written in python and hence it needs a python interpreter to function. It comes packed with many features like incremental and mirror backup and even it allows you to backup files over a network through SSH

To install it use the following commands as per your Linux distribution.

In case of Fedora OS

This will create a backup file of the folder.

2. To exclude a file from the backup folder. 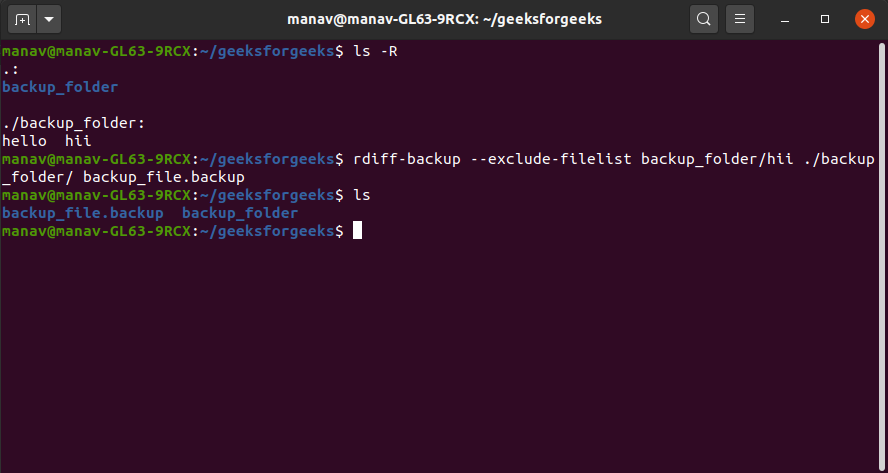 This will exclude the specified file from the backup file.

3. To exclude files of a type. 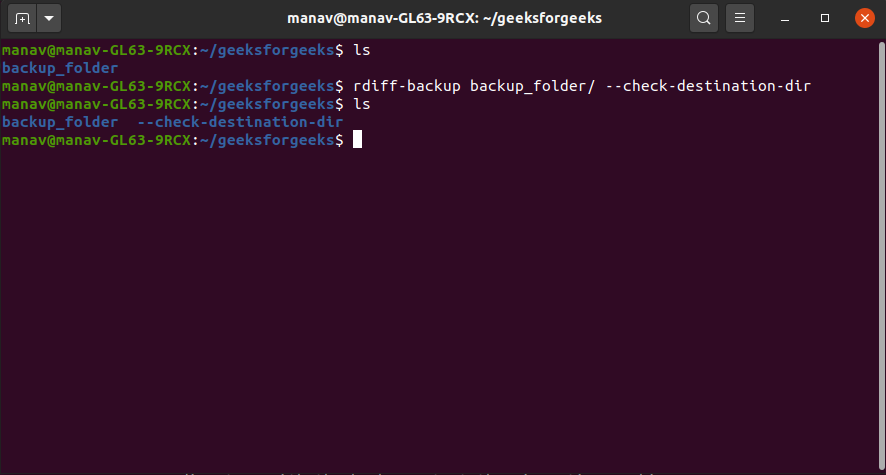 Here it will exclude all files with the suffix “ii”. 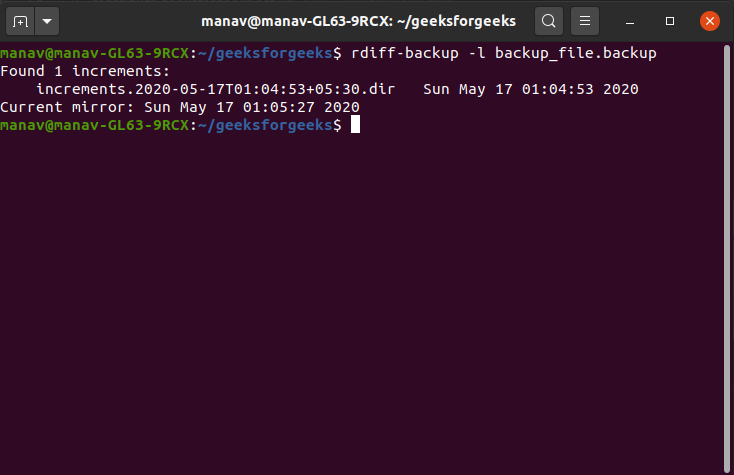 This will list all the changes done so far in the backup file.

5. To restore a file from its previous versions. 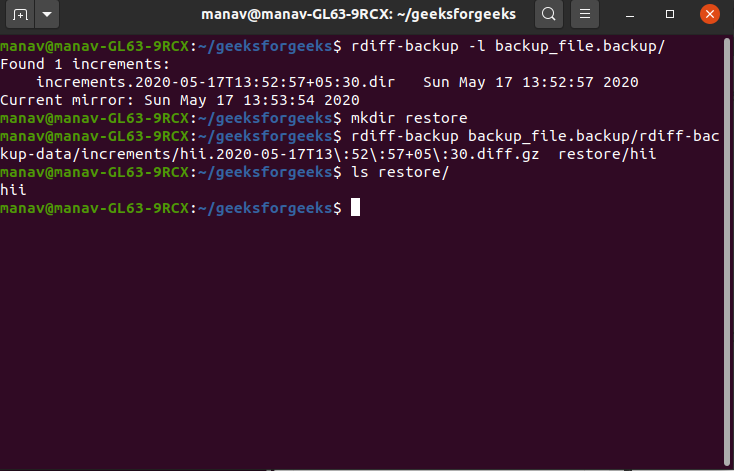 This will restore the file when it was previously backed up

6.To include specific type of files and eclude everything else. 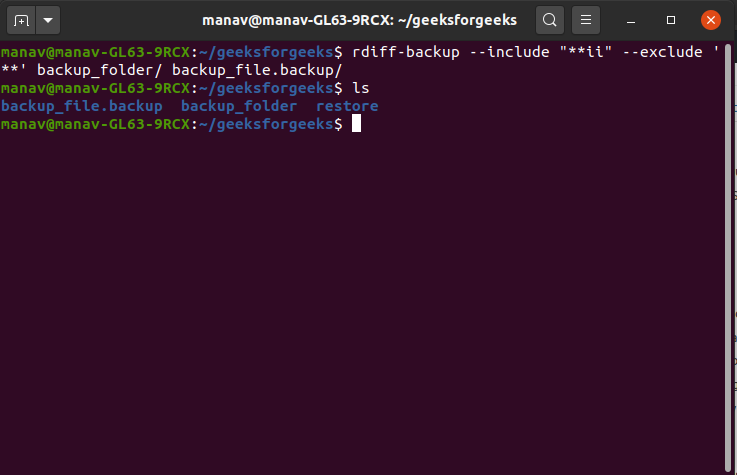 This will include only thse files that have the suffix “ii”.