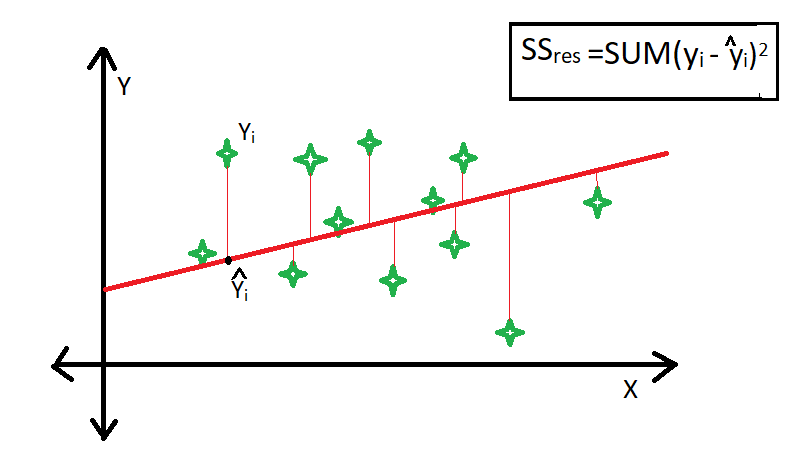 The total sum of squares is calculated by the summation of squares of perpendicular distance between data points and the average line. 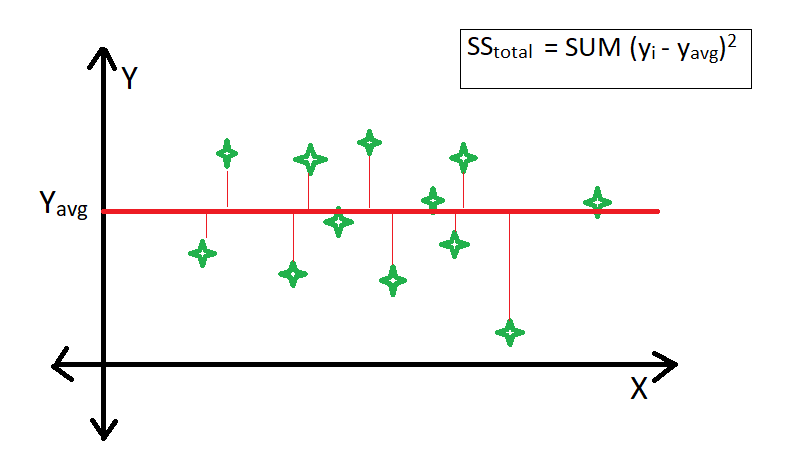 The formula for R-squared Regression Analysis is given as follows,

: experimental values of the dependent variable

Find the Coefficient of Determination(R) in R

It is very easy to find out the Coefficient of Determination(R) in the R language. The steps to follow are:

Note: If the prediction is accurate the R-squared Regression value generated is 1.