In non-linear function, the points plotted on the graph are not linear and thus, do not give a curve or line on the graph. So, non-linear regression analysis is used to alter the parameters of the function to obtain a curve or regression line that is closed to your data.
To perform this, Non-Linear Least Square approach is used to minimize the total sum of squares of residual values or error values i.e., the difference between vertical points on the graph from regression line and will fit the non-linear function accordingly.

Above mathematical function to find minimum residual function can be performed in R using resid() function.

Regression analysis is widely used in all types of business issues to perform a smart decision or predicting the future by altering a factor of their business.
In R language, Non-linear Least Square function is represented as –
Syntax:

Note: To know about more optional parameters of nls(), use below command in R console –

Example 1 :
In this example, a non-linear function is taken and plotted on the graph as points. 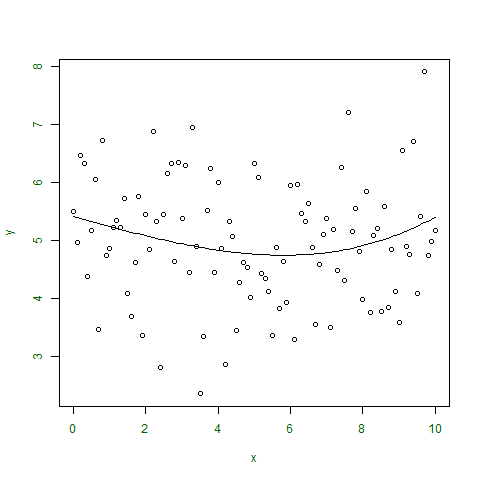 Example 2 :
In this example, below code is accepting a non-linear function as shown:

Further plotting the points and regression line and also, finding out the goodness of fit also by using cor() method. 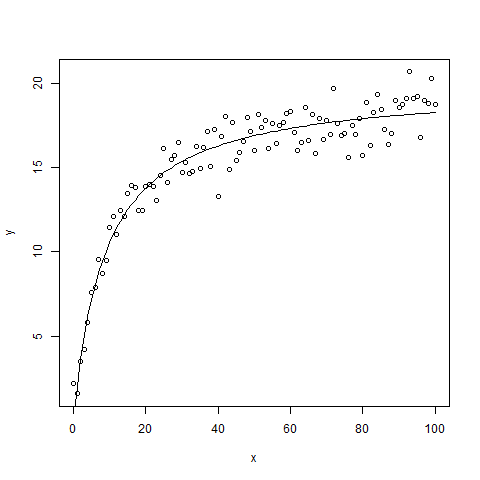