Quiver plot is basically a type of 2D plot which shows vector lines as arrows. This type of plots are useful in Electrical engineers to visualize electrical potential and show stress gradients in Mechanical engineering. 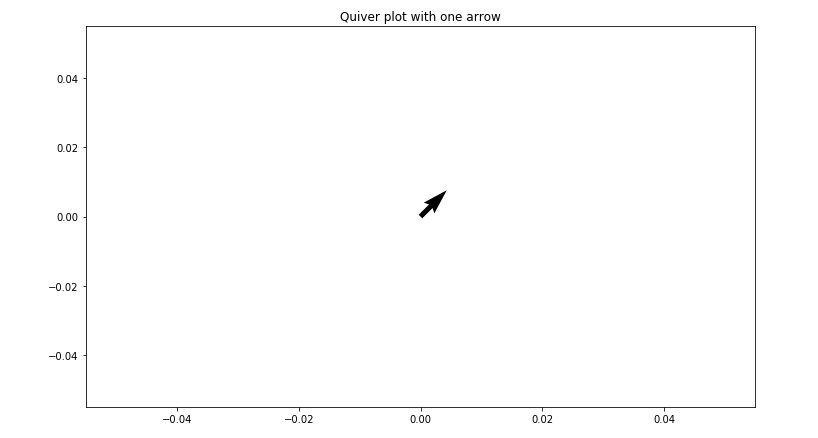 Let’s add another arrow to the plot passing through two starting points and two directions. By keeping the original arrow starting at origin(0, 0) and pointing towards up and to the right direction(1, 1), and create the second arrow starting at (0, 0) pointing down in direction(0, -1).To see the staring and ending point clearly, we will set axis limits to [-1.5, 1.5] using the method ax.axis() and passing the arguments in the form of [x_min, x_max, y_max, y_min] . By adding an additional argument scale=value to the ax.quiver() method we can manage the lengths of the arrows to look longer and show up better on the plot.

A quiver plot containing two arrows is a good start, but it is too slow and too long to add arrows to the quiver plot one by one.So to create a fully 2D surface of arrows we will use meshgrid() method of Numpy. First, create a set of arrays named X and Y which represents the starting positions of x and y respectively of each arrow on the quiver plot. The starting positions of x, y arrows can also be used to define the x and y components of each arrow direction. In the following plot u and v denote the array of directions of the quiver arrows and we will define the arrow direction based on the arrow starting point by using the equations below: 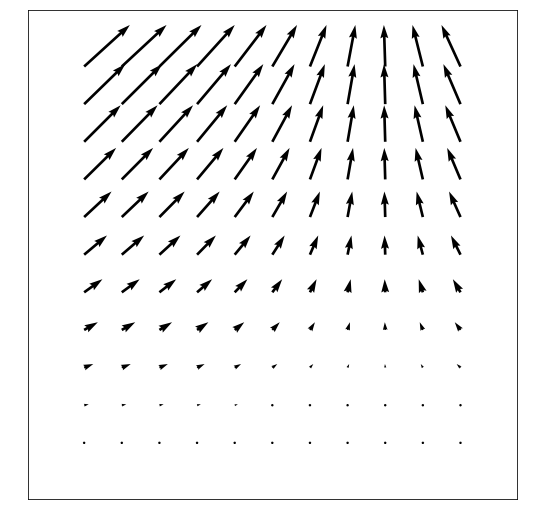 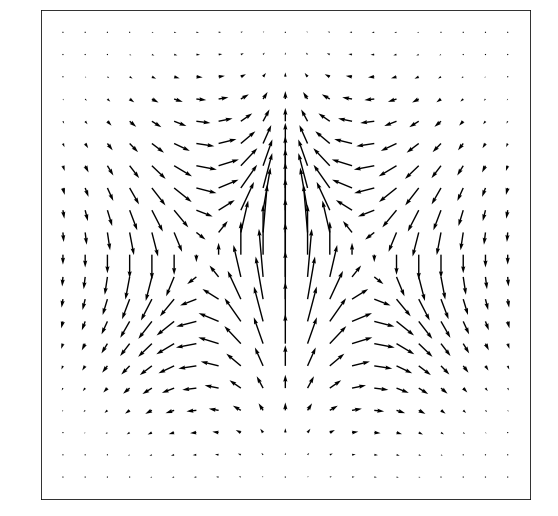 The ax.quiver() method of matplotlib library of python provides an optional attribute color that specifies the color of the arrow. The quiver color attribute requires the dimensions the same as the position and direction arrays.
Below is the code which modifies the quiver plots we made earlier: 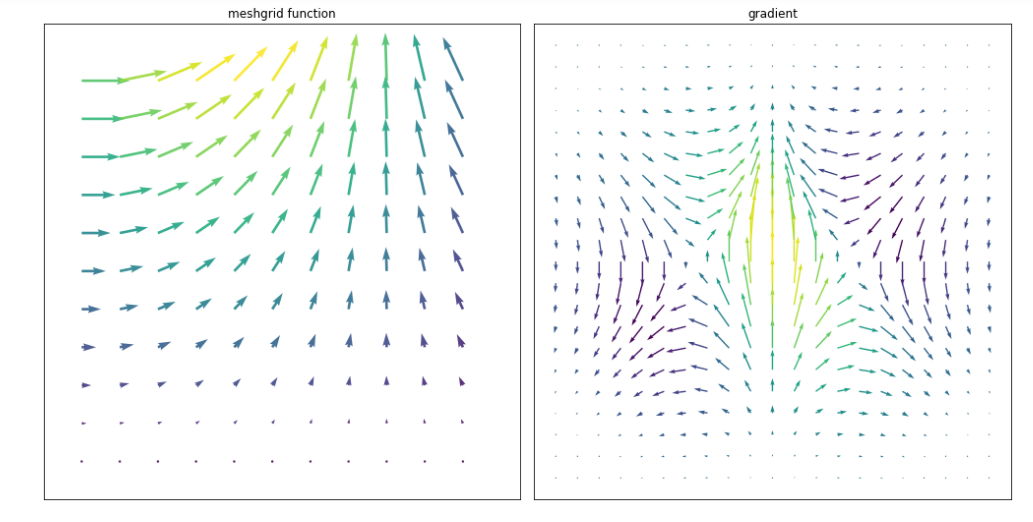 which defines the 2D field having four vertices as shown in the below plot: 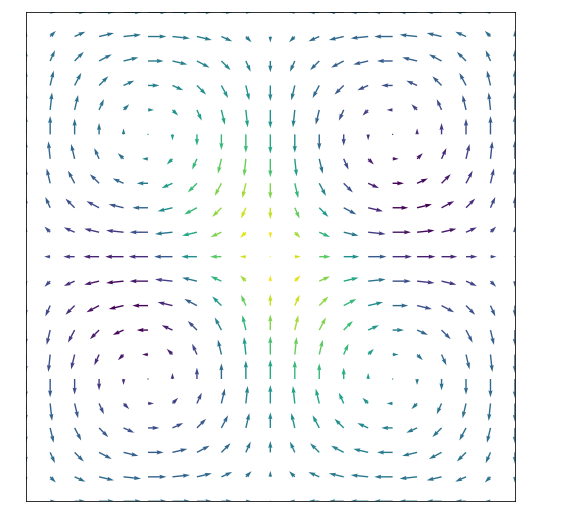