In this article, we will be discussing Query-Execution Engine in SQL and all aspects when we run any query. When we run any query to fetch the data from the database then at the same time many things happen simultaneously to get the desired results.

Let’s discuss what happens when we submit a query in brief and then we will discuss all phases of query execution.

When a query comes how does the database actually answer it? So the first thing that the database system does is to parse the SQL query and figure out what the query is trying to do then it evaluates different expressions that are equivalent to the given SQL query. The SQL query is broken down into relational algebra.

For example, consider a query:

The aim of this query is to find out the details of all accounts where the balance is >1000. Once we write this query, this is equivalent to the following relational algebra expression.

The above SQL query is also equivalent to the below given relational algebra expression.

Both of the query expressions are the same. When a query is parsed then generally 2 things happen:

And then query order tree is evaluated. 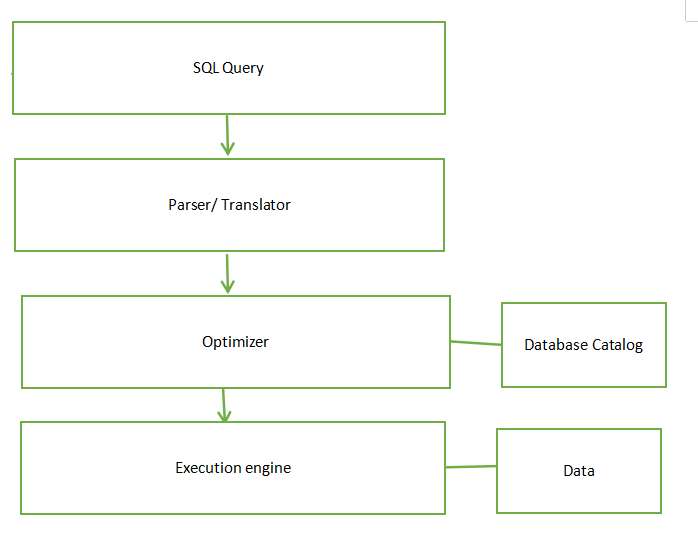 Now we will discuss each phase of query evaluation in detail.

3. Execution Plan: In this phase, the database decides the order of execution of given query instructions. For example, consider the following query:

Here database will first execute From statement then Where and finally Select statement. So the order of execution for this query is as follows: