The name QBasic is an acronym for Quick Beginners All Purpose Symbolic Instruction Code. It was developed and launched by Microsoft in the year 1991 and is considered to be one of the most ideal languages for absolute beginners. It was intended as a replacement for GW-BASIC. QBasic was based on earlier QuickBASIC 4.5 compiler. It does not produce .exe files but instead generates files with extension .bas which can only be executed immediately by the built in QBasic interpreter. It is based on DOS operating systems but is also executable on windows.

Beginning with QBasic:
QBasic is available as an open source software. 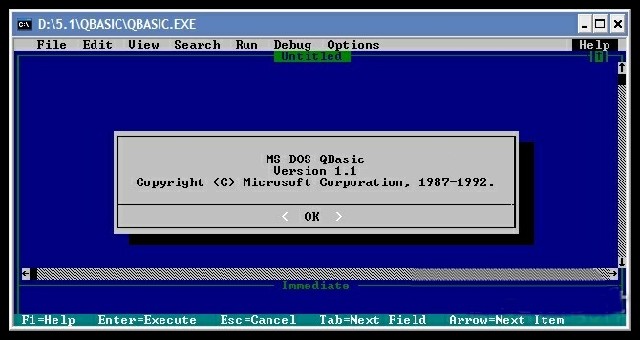 Some Basic useful commands on QBasic:
1. PRINT: This command prints the statement or data written after it. If the data to be printed is a string then it is written inside double quotes (” “) and if it is a number or a variable it can be written directly.

2. INPUT: INPUT command is used to take inputs/data from the user. It can be used to input both strings and numbers.
If the data to be taken is a numerical value then the variable name in which it is to be stored is written directly after the INPUT command.

If the data to be taken is string then the variable name in which it is to be stored is written followed by $ after the INPUT command.

3. CLS: CLS stands for Clear Screen and is used to clear the screen if some previous results/outputs are present on the screen.

Below is a simple program to illustrate above commands: 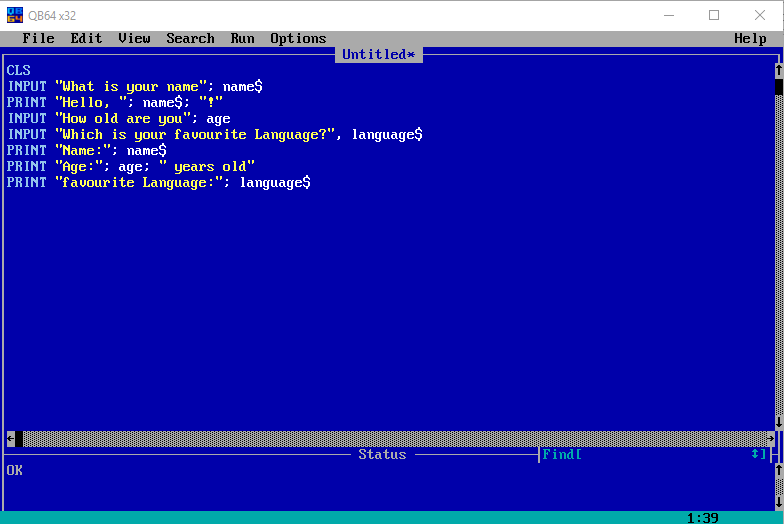 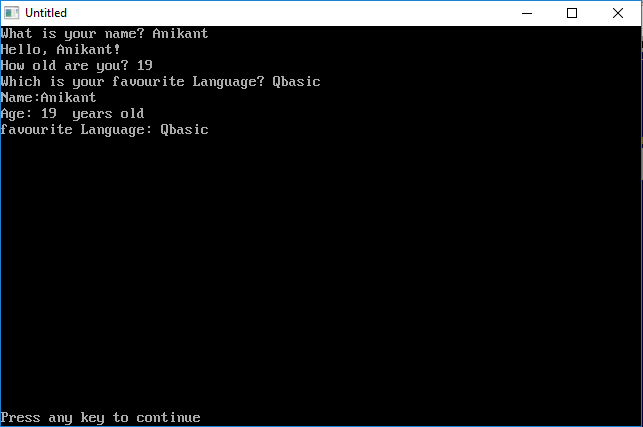