Scatter is used to build interactive widgets that can be translated, rotated and scaled with two or more fingers on a multitouch system.

It contains its own matrix transformations. The Scatter class allows a user to drag, scale, and rotate any widget, which is under its control.

The scatter size has no impact on the size of its children. If you want to resize it you can use scale, which transform both the scatter and its children but does not change size.

To use scatter you must first have to import it by command:
from kivy.uix.scatter import Scatter 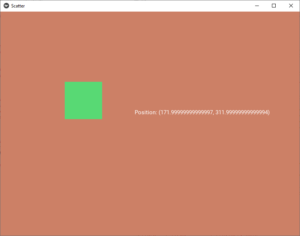