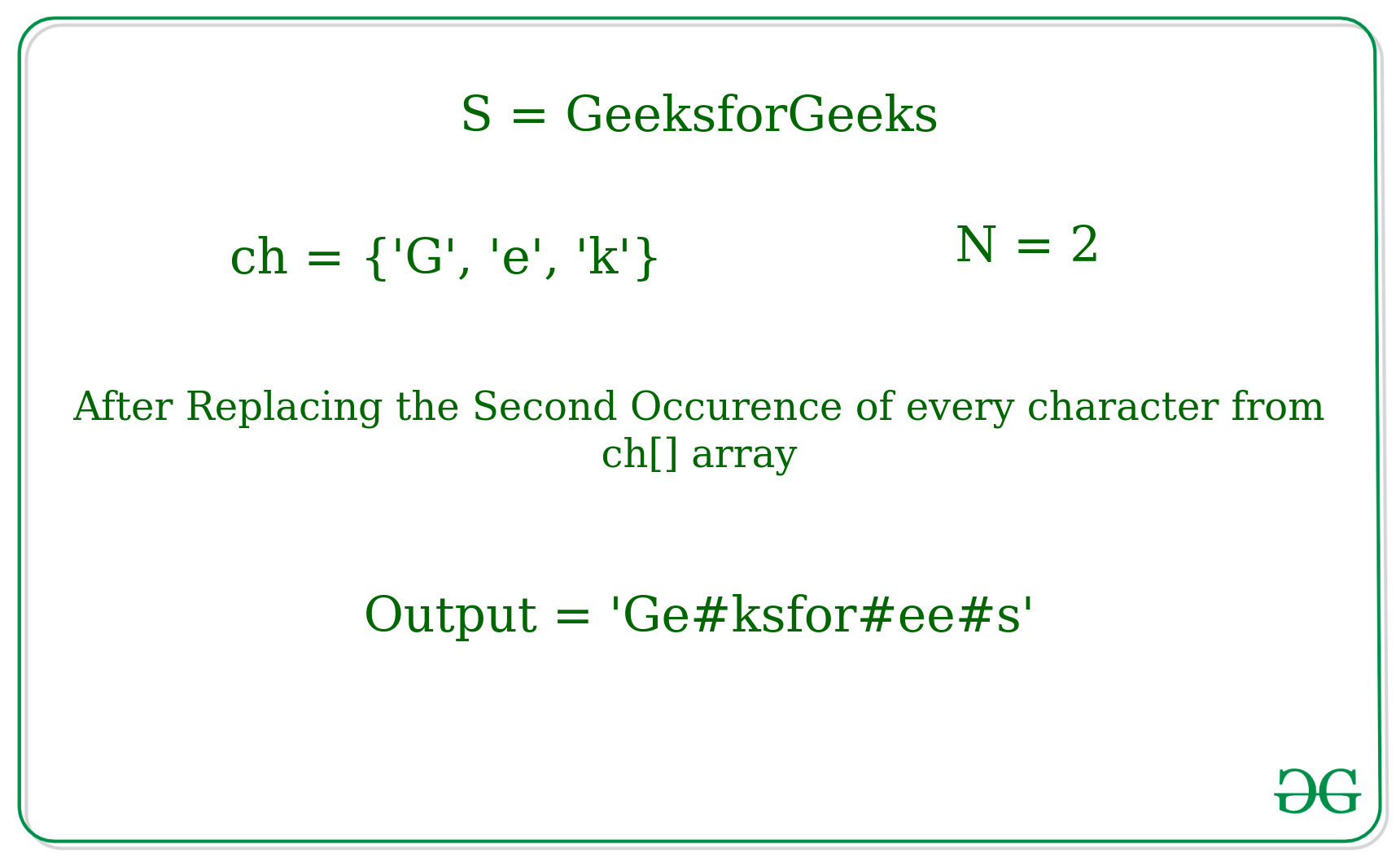 Method 1: Naive approach
In this approach, the general idea is to store every Nth Occurrence index of every character in another array and replacing them with the given another character.

Method 2: Using find() method
In this approach, the idea is to use the find() function to find the Nth occurrence of the character in the given string S and replace it with another giver character.

Full Stack Development with React and Node JS - Live Classes
View Details
Most popular in Python
Most visited in Strings
We use cookies to ensure you have the best browsing experience on our website. By using our site, you acknowledge that you have read and understood our Cookie Policy & Privacy Policy