Pandas provide a method to split string around a passed separator/delimiter. After that, the string can be stored as a list in a series or it can also be used to create multiple column data frames from a single separated string.

pat: String value, separator or delimiter to separate string at.
n: Numbers of max separations to make in a single string, default is -1 which means all.
expand: Boolean value, returns a data frame with different value in different columns if True. Else it returns a series with list of strings.

In this data, the split function is used to split the Team column at every “t”. The parameter is set to 1 and hence, the maximum number of separations in a single string will be 1. The expand parameter is False and that is why a series with List of strings is returned instead of a data frame.

Output:
As shown in the output image, the Team column is now having a list. The string was separated at the first occurrence of “t” and not on the later occurrence since the n parameter was set to 1 (Max 1 separation in a string). 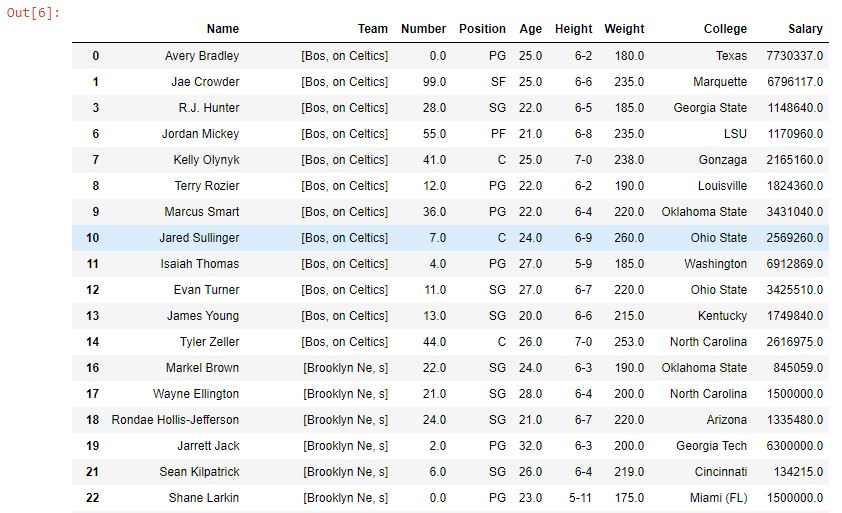 In this example, the Name column is separated at space (” “), and the expand parameter is set to True, which means it will return a data frame with all separated strings in different columns. The Data frame is then used to create new columns and the old Name column is dropped using .drop() method.

Output:
As shown in the output image, a new data frame was returned by the split() function and it was used to create two new columns ( First Name and Last Name) in the data frame. 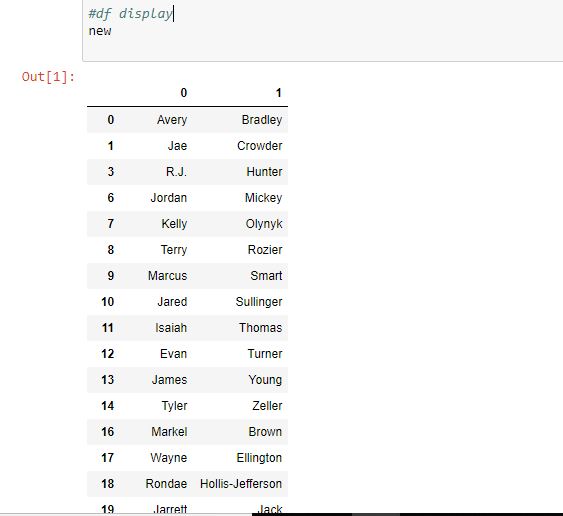 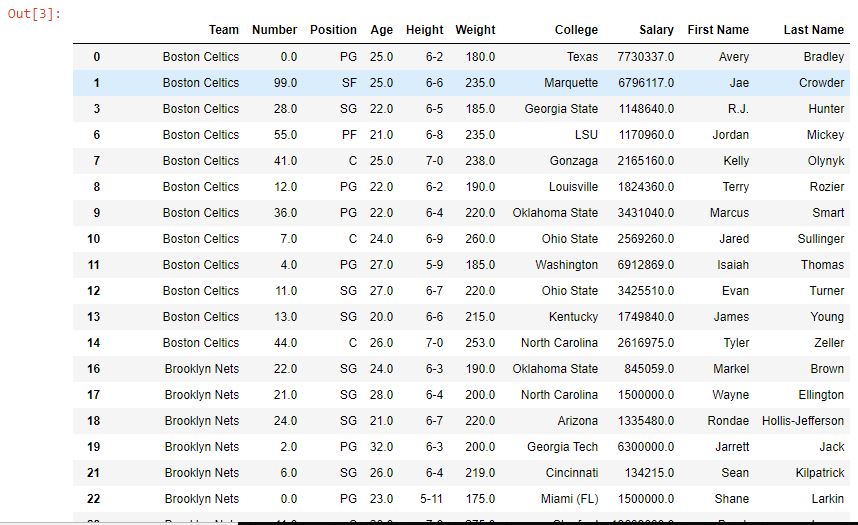