Parameters:
table: Translation table made of dictionary in Python3 and lists in Python2.
deletechars: String type, characters to be deleted. This Parameter works properly in Python2 only(till pandas v0.23)

Output:
As shown in the output images, the changes were made and letters were replaced successfully. 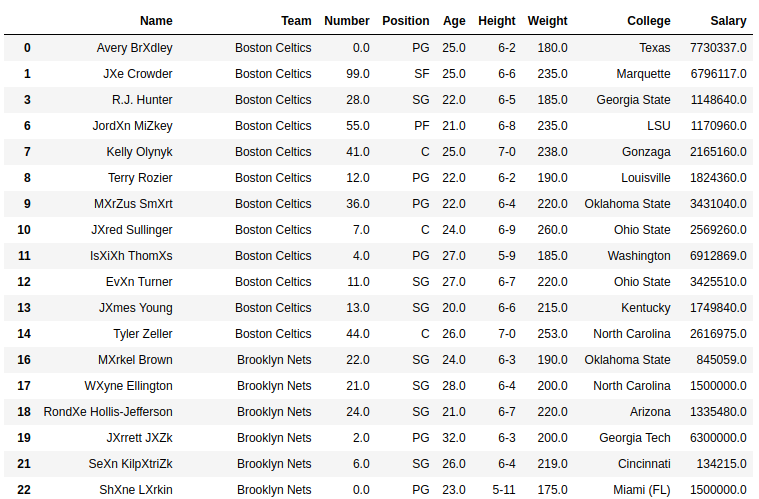