pat: String value, separator or delimiter to separate string at. Default is ‘ ‘ (whitespace)
expand: Boolean value, returns a data frame with different value in different columns if True. Else it returns a series with list of strings. Default is True. 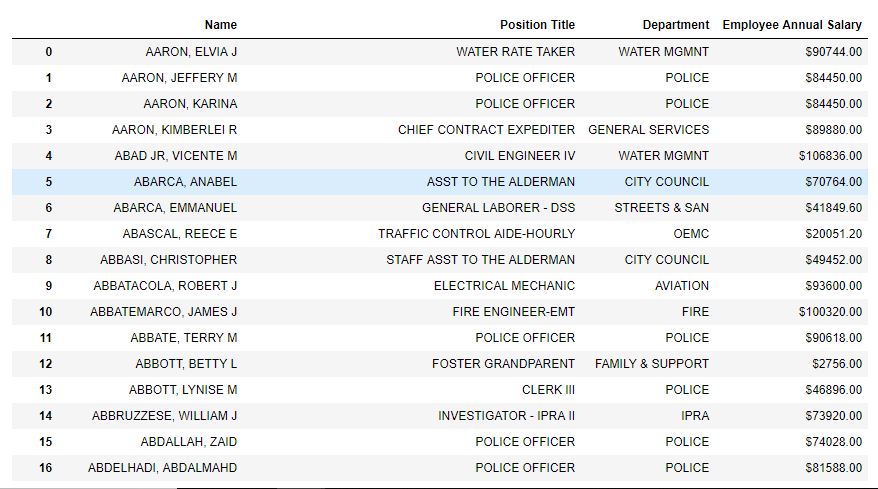 In this example, the Name column is splitted at the first occurrence of ‘, ‘. The expand parameter is kept False as to expand it into a list instead of Data Frame.

Output:
As shown in the output image, the Name column was splitted into list at first occurrence of ‘, ‘. As it can be seen, ‘, ‘ is also stored as an separate element of list.

Note: Do not get confused by two commas in the list, one is element and the other is element separator. 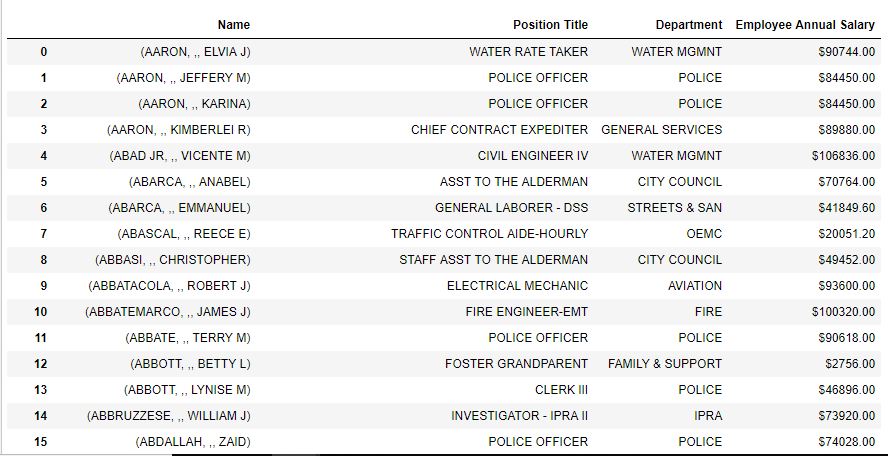 In this example, the First Name and Last name is separated from the Name column and stored into separate columns in the data frame.

Output:
As shown in the output image, the Name column was separated into a data frame with 3 columns(one of string before comma, and string after comma). After that data frame was used to create new columns in the same data frame. Old Name column was dropped using .drop() method. 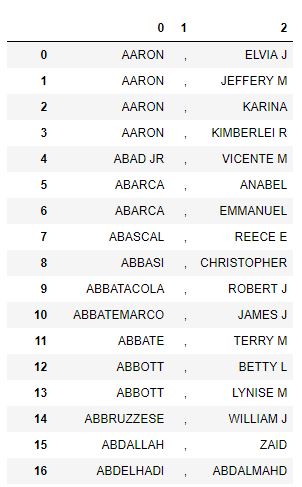 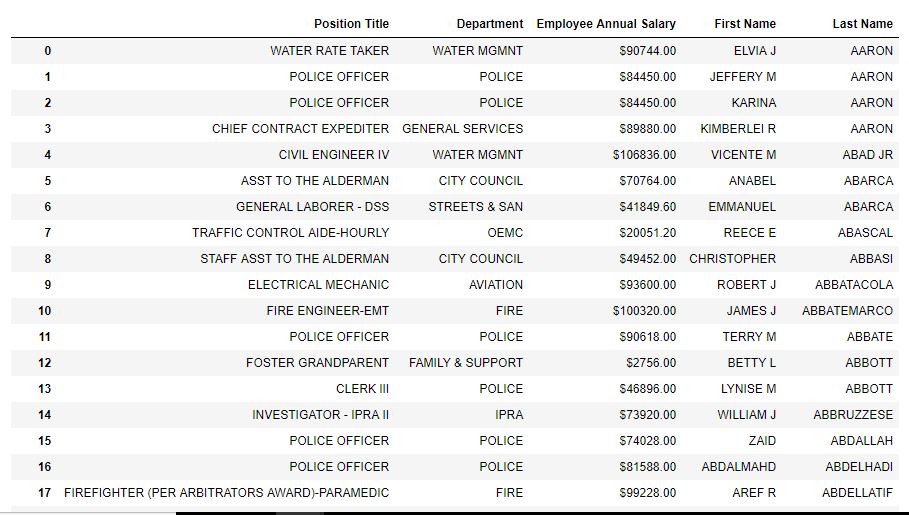