Pandas isdecimal() is used to check whether all characters in a string are decimal. This method works in a similar way to str.isdigit() method, but there is a difference that the latter is more expansive with respect to non ASCII digits. This will be cleared with the help of an example.

Example #1:
In this example, a new data frame is created with just one column and some values are passed to it. Then str.isdecimal() method is called on that column and output is returned to a new column Bool.

Output:
As shown in the output image, the decimal returns True for decimal values in string form. If the element is in int, float or any other data type other than string, NaN is returned ( No matter if it’s a decimal number ) 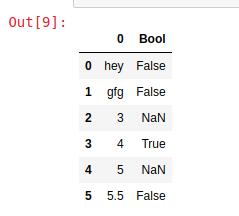 Example #2:
In this example, numbers with power are also added to that column. Both str isdigit() and str.isdecimal() are called and output is stored in different columns to compare the difference between both.

Output:
As shown in the Output image, the isdigit () returns True for numbers with power but isdecimal () returns False for those values. 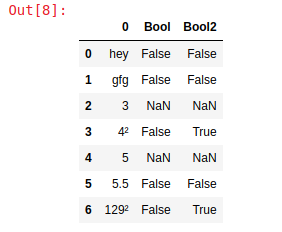