Pandas str.get() method is used to get element at the passed position. This method works for string, numeric values and even lists throughout the series. .str has to be prefixed every time to differentiate it from Python’s default get() method.

Parameters:
i : Position of element to be extracted, Integer values only.

Example #1: Getting character from string value

In this example, str.get() method is used to get a single character from the Name column. The null values have been removed using dropna() method and the series is converted to string type series using .astype() before applying this method. This method can be used to get one character instead of whole string. For example, getting M from Male and F from Female since there can be two inputs only, so doing this can save data.

Output:
As shown in the output image, the New column is having first letter of the string in Name column. 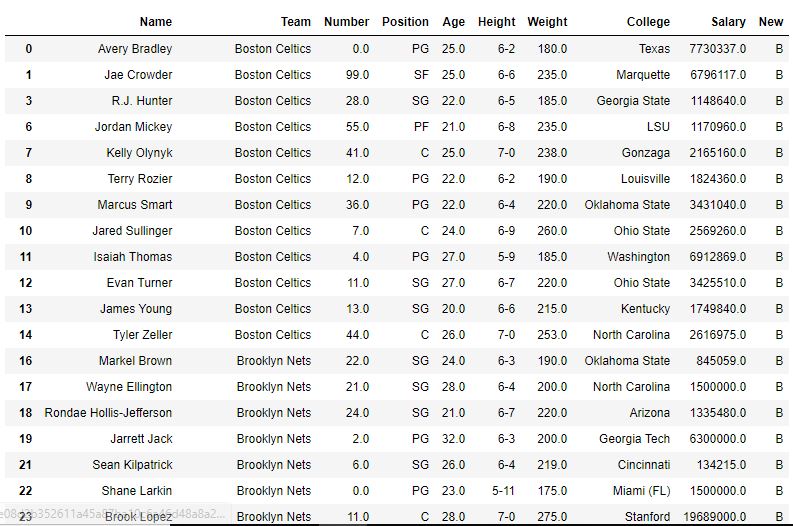 In this example, the Team column has been split at every occurrence of ” ” (Whitespace), into a list using str.split() method. Then the same column is overwritten with it. After that str.get() method is used to get elements in list at passed index.