Python Series.mul() is used to multiply series or list like objects with same length with the caller series.

Parameters:
other: other series or list type to be multiplied with caller series
fill_value: Value to be replaced by NaN in series/list before multiplication
level: integer value of level in case of multi index

In this example, the top 5 rows are stored in new variable using .head() method. After that a list of same length is created and multiplied with the Age column using .mul() method

In this example, the Salary column is multiplied with the Age column. Since the values in both Salary and Age column are large, product will be returned with high value. Hence just for demonstrating purposes, the age column is divided with 100 before doing the multiplication. Since the salary column contains null values too, by default it returns NaN no matter what is multiplied. In this example, 20 is passed to replace null values with 20.

Output:
As shown in the output image, the Multiplicated value column has multiplied age column with 20 in case of Null values. 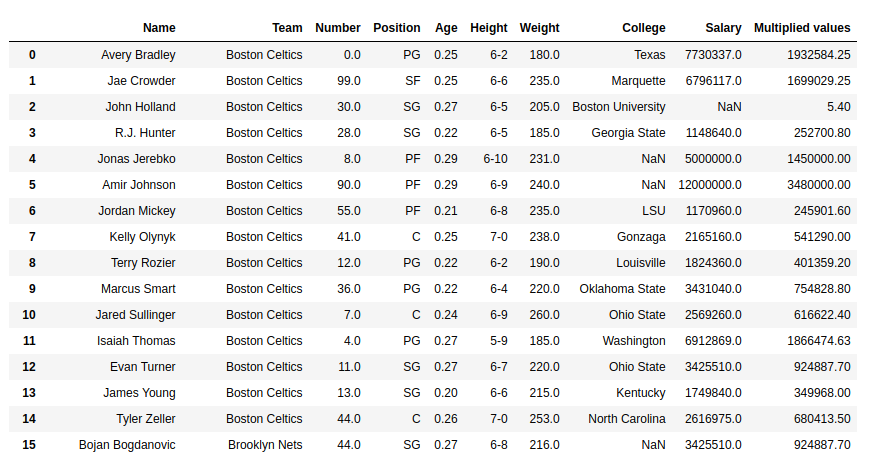