Python is a great language for doing data analysis, primarily because of the fantastic ecosystem of data-centric Python packages. Pandas is one of those packages, and makes importing and analyzing data much easier.

Pandas sort_values() function sorts a data frame in Ascending or Descending order of passed Column. It’s different than the sorted Python function since it cannot sort a data frame and particular column cannot be selected.

As shown in image, The Team is sorted first in Ascending order and then the Names are sorted in ascending order for every Team name. 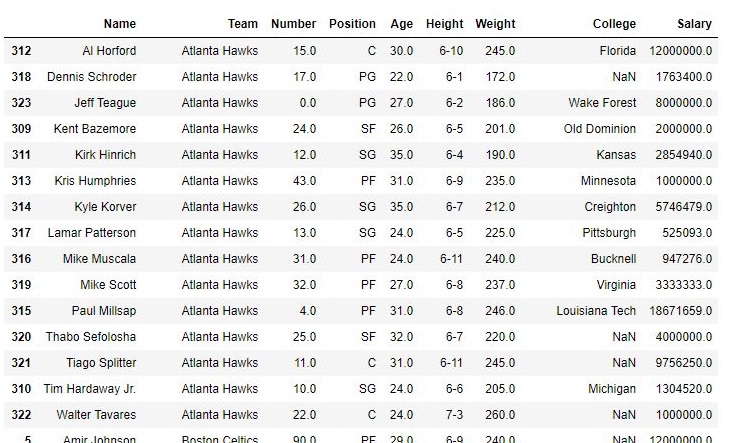 As shown in the image below, the data frame is sorted in ascending of Team name and for every Team name, the Names are sorted in descending order. 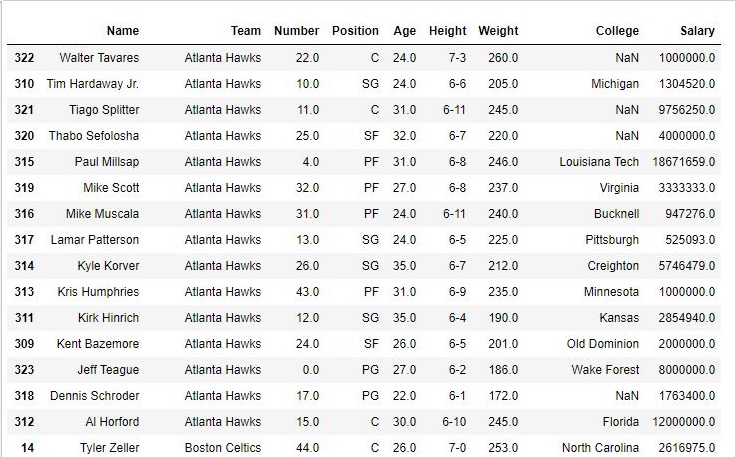 As shown in the Image, The team name is sorted first, then the Age and for every age, the height is sorted. In the Team “Washington Wizards” there are 3 Players with age 30. Those 3 people are sorted by their Height in ascending order. 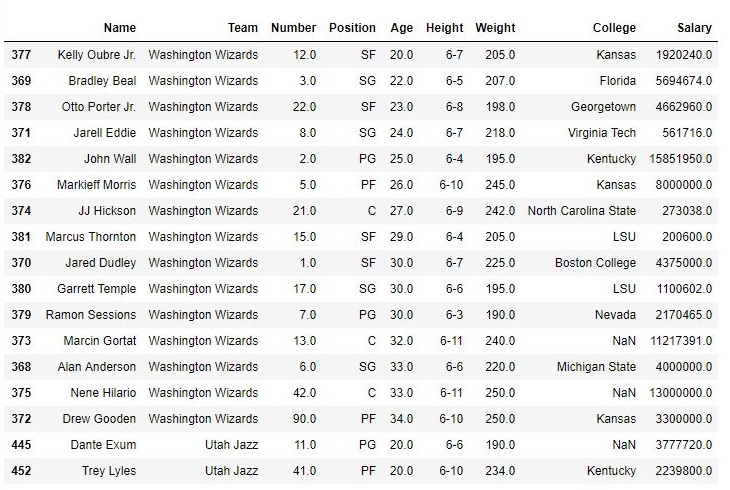