Note : Characters such as empty strings ” or numpy.inf are not considered NA values. (unless you set pandas.options.mode.use_inf_as_na = True).

Returns : Mask of bool values for each element in DataFrame that indicates whether an element is not an NA value

Example #1: Use notna() function to find all the non-missing value in the datafram. 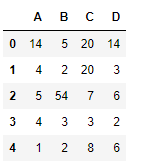 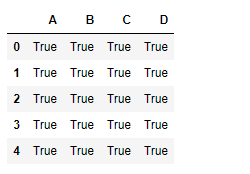 Example #2: Use notna() function to find the non-missing values, when there are missing values in the dataframe. 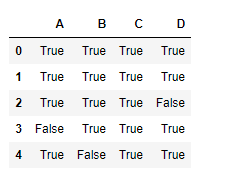